The Super Bowl of Astronomy, otherwise known as the winter meeting of the American Astronomical Society (AAS), will last five short days rather than the usual four long ones and will feature two daily press conferences — 10 in all. During the briefings astronomers will share exciting new discoveries from our own solar system to planetary systems around other stars, on erupting and exploding stars within the Milky Way and in nearby galaxies, and from active black holes and clouds of gas and dust at distances ranging from thousands to billions of light-years.

The 237th AAS meeting, convened jointly with the AAS Historical Astronomy Division (HAD) and High Energy Astrophysics Division (HEAD), was originally scheduled in Phoenix, Arizona, but the coronavirus pandemic led the Society to convert it to a virtual conference. AAS 237 will be held 11-15 January 2021 "virtually anywhere" with internet connectivity. In addition to the twice-daily press conferences, the meeting will feature a robust science program of prize and invited talks by distinguished astronomers, a virtual exhibition, public-policy Town Halls, and a wide variety of scientific talks, digital interactive iPosters, and iPoster-Plus presentations combining talks and iPosters.

New for AAS 237, we will use Slack to facilitate and encourage more personal interactions during the virtual conference. Every session and virtual Exhibit Hall booth will have its own Slack channel. Meeting hashtag: #aas237.

Enter the virtual meeting here (you must register first so that you can log in; see below):

Once you log in via the "Attendee Login" button, look for the "Press Room" sign — that's how you enter the press conferences.

To request complimentary press registration, first check our eligibility criteria, then send an email message to AAS Press Officer Dr. Rick Fienberg with your name and media affiliation (or “freelance” if applicable). Upon confirming your eligibility, he’ll email you a special promotional code that you can use to register the same way regular attendees do, i.e., via the AAS 237 registration page. This is a change from how we used to handle press registration, so please follow these instructions carefully.

Once you’ve received your promo code, go to the AAS 237 registration page and click the “Register for AAS 237” button. This will take you to our “members only” website, where you can sign in if you already have AAS credentials, which is likely if you’ve attended a recent AAS or Division meeting, even if you’re not a member of the Society. If you’re not sure, or if you’ve forgotten your AAS credentials, click the “Forgot username?” or “Forgot password?” link and follow the instructions that pop up, or email reg-help@aas.org for assistance. Otherwise you can create a new account (again, you don’t have to be a member of the AAS to do so).

After you sign in, click the “Register Myself” button. You will see several options at different prices. Click the radio button labeled “Press Registration,” shown with a $473 fee. Don’t panic! Your promo code will reduce the fee to $0 during checkout. After answering a few questions to confirm that you understand and agree to our meeting policies, click “Save Responses.”

If you encounter any problems during the registration process, email reg-help@aas.org and/or AAS Press Officer Rick Fienberg. Please register by Wednesday, 6 January 2021. If you wait till the science sessions are under way, we may not be able to process your registration in time for you to attend that day’s events.

To see who's registered as press so far, visit our AAS 237 Press Registrants page.

A very special “Thank you!” goes out to the Universities Space Research Association (USRA) for generously sponsoring the AAS 237 virtual press office!

News briefings will be held twice each day Monday, 11 January, through Friday, 15 January, via Zoom. Although they are designed for press registrants, they are open to all meeting registrants. They'll be live-streamed to the public on the AAS Press Office YouTube channel, but viewers watching on YouTube will not be able to ask questions. Note that the briefings occur in parallel with scientific oral sessions, digital interactive iPoster sessions, and iPoster-Plus presentations (short talks illustrated with iPosters). Recordings of the press conferences will be archived on the AAS Press Office YouTube channel afterward.

Following is the press conference program, which remains subject to change. Briefings are scheduled as follows (all times are EST = GMT/UTC – 5 hours):

In [square brackets] under the speakers' names are the abstract numbers on which their presentations are based, where applicable. Abstracts are available in the online program planner.

Within 24 hours after each briefing, we add a link to the archived video on the AAS Press Office YouTube channel. We also link presentation titles to the speakers' presentation files (PDFs) when provided. These files are for personal use only. If you wish to publish or otherwise reproduce any of the content in these files, you must obtain permission from the presenters — otherwise you may be in violation of copyright law. If you need help contacting a presenter, email AAS Press Officer Rick Fienberg.

Discovery of the Brightest Galaxy in the Redshift > 5 Universe
Gourav Khullar (University of Chicago)
[240.06] | Press Release

Press conference attendees may interact with each other before, during, and/or after the briefings via the dedicated AAS 237 Slack channel (000_aas_press_conferences), but questions during the briefings should be submitted to the presenters via the Zoom Q&A box in real time.

A highlight of every AAS meeting are the daily invited talks by recent prizewinners and other distinguished astronomers. AAS 237 will feature no fewer than 15 such lectures, kicking off on Monday morning with the Fred Kavli Plenary Lecture and wrapping up on Friday afternoon with the Lancelot M. Berkeley Prize lecture.

Among the many sessions of short talks and iPoster presentations are numerous Special Sessions on topics of keen interest to the astronomical community. AAS 237 will also feature a wide assortment of Town Halls where you can hear from, and ask questions of, representatives from NASA, the National Science Foundation (NSF), and several key ground- and space-based observatories.

One Special Session (no. 422) may be of particular interest to press registrants who have been reporting on the challenges to ground-based observations posed by large swarms of communication satellites in low Earth orbits: "Astronomy and Satellite Constellations" on Thursday, 14 January, from 4:10 to 5:40 pm EST. Speakers will include both astronomers and representatives from companies launching (or planning to launch) satellite constellations. Note that this session conflicts with a press conference but that both the session and the briefing will be recorded for subsequent viewing by all meeting registrants.

Every day's program concludes with a social hour, networking opportunity, and/or contest. Wednesday features our always-popular Open Mic Night, where you can enjoy watching astronomers show off their talents as musicians, singers, storytellers, comedians, magicians, poets, jugglers, and more.

AAS 237: Your inside look at the latest discoveries in astronomy. We hope to see you there (wherever you happen to be)!

If you don't already receive press releases by email from the AAS Press Office, you should sign up now to guarantee that you receive future meeting advisories as well as other important announcements. To sign up at no charge, please fill out and submit the form you'll find linked from our Join the AAS Press List page. With few exceptions, only accredited journalists and PIOs are eligible to receive press releases from the AAS, as described on our press-credentials page. 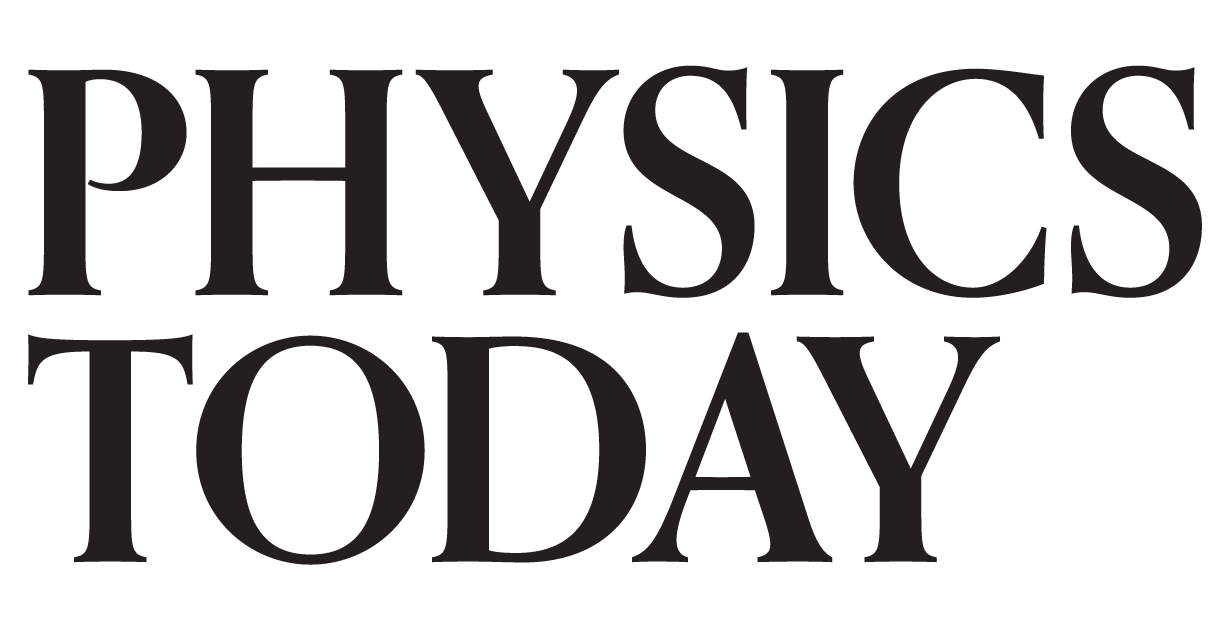 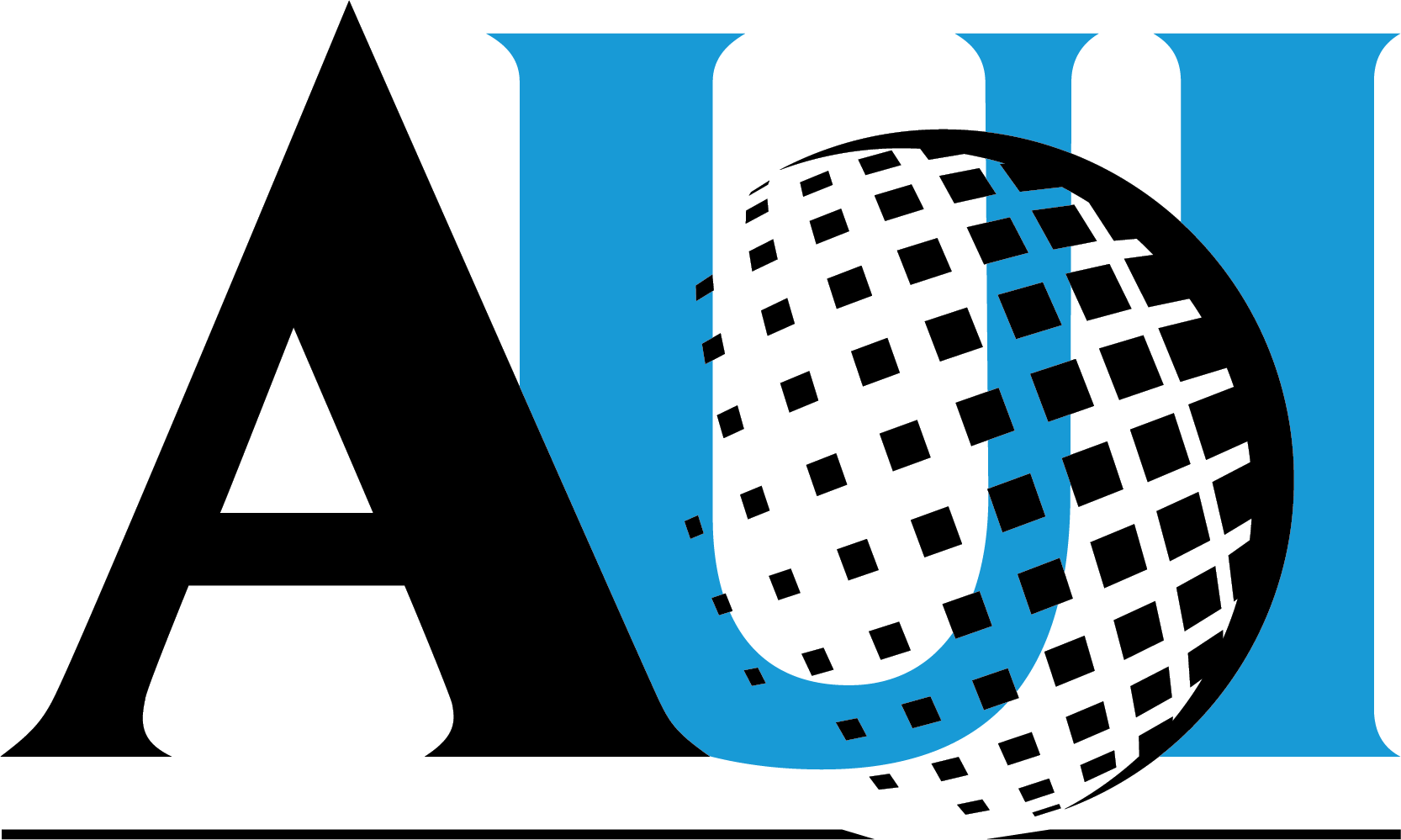 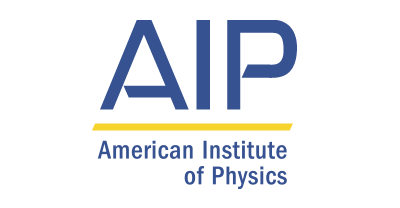 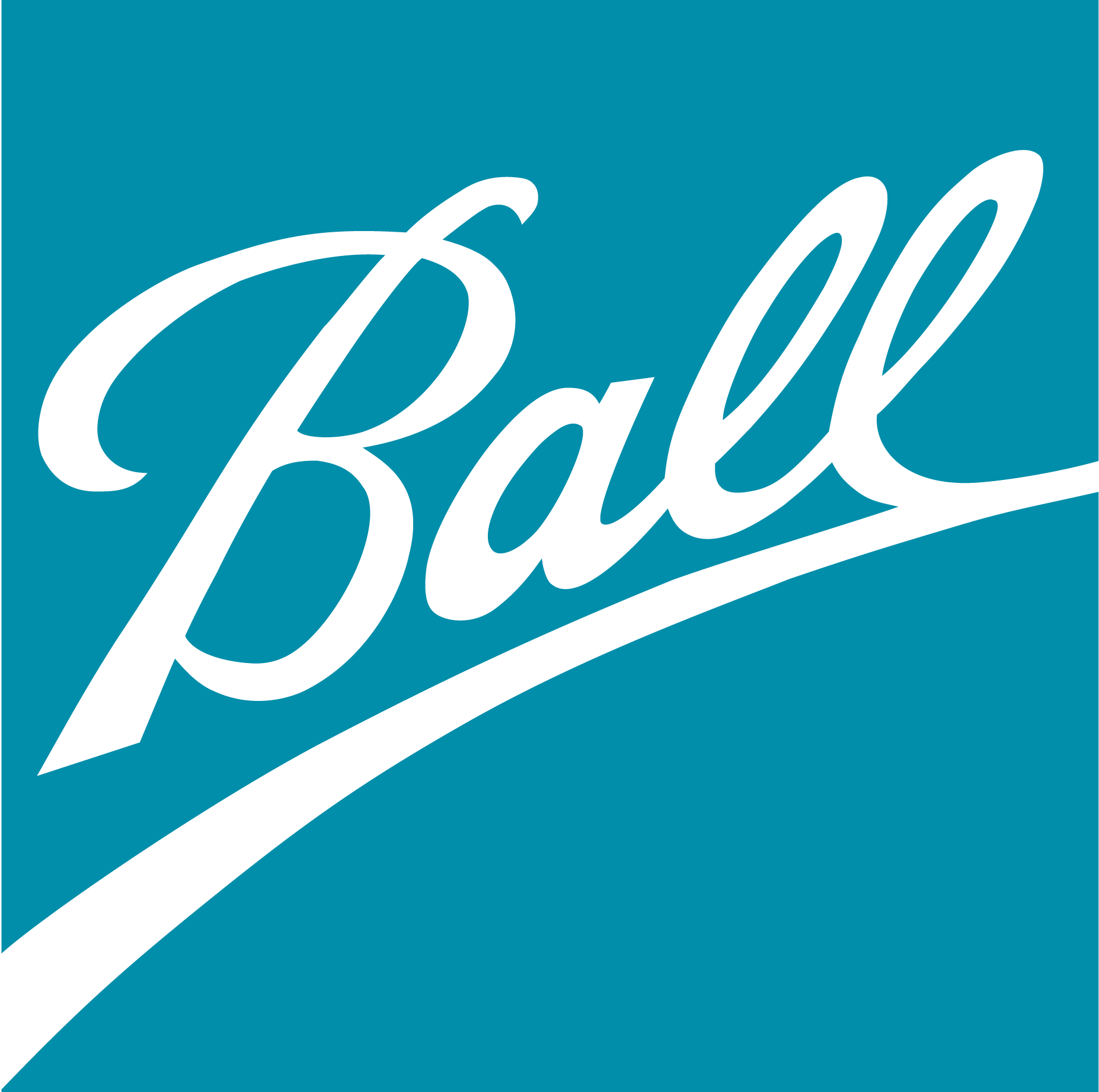 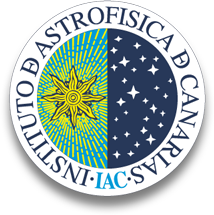 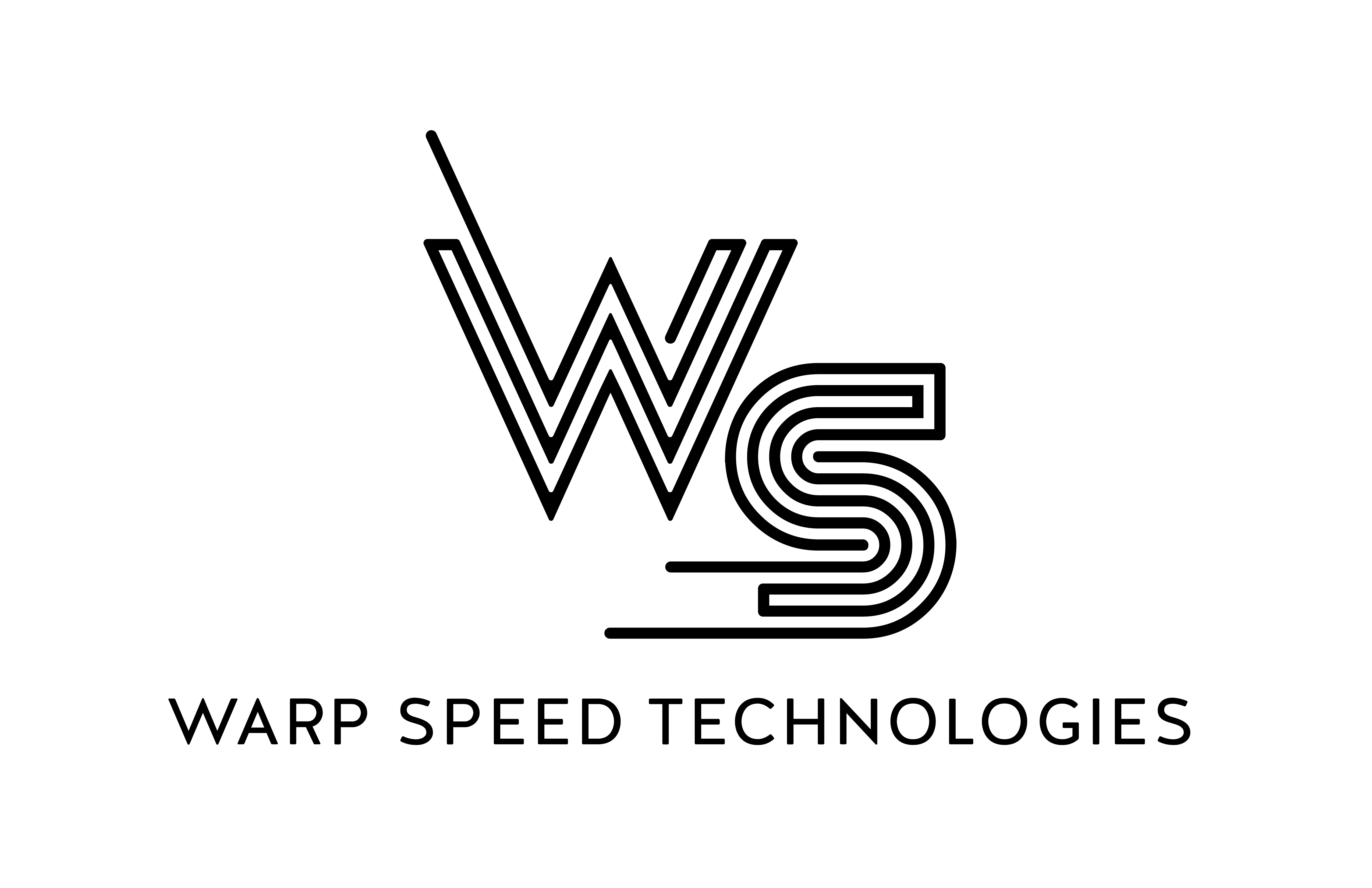