Despite the Pandemic, the AAS Presses On

Like everyone, I had no idea that 2020 would be such an unusual year in which to start my two-year term as AAS President. But, as we have all found out, life goes on, albeit with different priorities and on a different timescale. I thought it would be appropriate to give a short summary of what the AAS is accomplishing despite the pandemic.

We currently have some three dozen Advisory Committees, Standing Committees, Prize Committees, Task Forces, and Working Groups. As you can imagine, this involves a lot of people, and their output and energy in moving forward — all on a volunteer basis — merits our acknowledgment and gratitude. 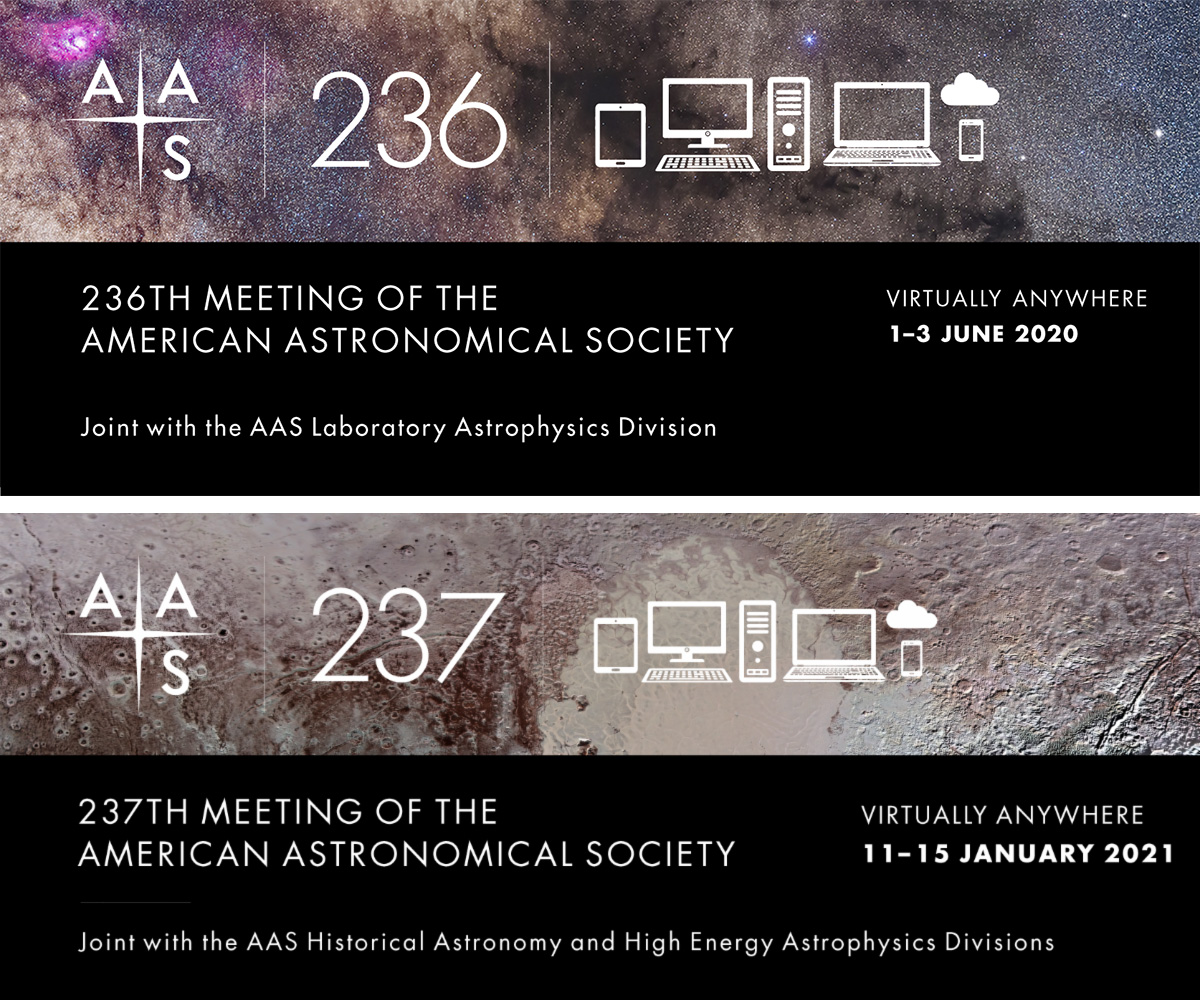 Working closely with the AAS Executive Office staff, the Committee on Meetings put together a highly successful virtual summer meeting, surpassing all our expectations. AAS 236 showed us the value of an online and recorded conference in allowing people who ordinarily would not have attended to participate from a wide range of time zones and countries. While virtual meeting content is excellent and can be viewed asynchronously, we know that the online experience does not totally replace personal interaction. Moreover, internet connectivity can be frustratingly undependable; my provider decided to shut down for repairs 30 seconds before my talk was to start! It is harder to stay on Zoom for eight hours straight than to attend in an in-person conference for eight hours straight, so virtual meetings need to be stretched out over a larger number of shorter days than a normal meeting. All these lessons learned are informing planning for our upcoming virtual AAS 237 in January!

The Publications Committee, our journal editors, and the AAS Publishing staff continue to monitor the progress of our journals and the ongoing worldwide move to open access. Sky & Telescope, which we acquired last year, and the Planetary Science Journal, whose first issue we published earlier this year, are doing well, and we're setting up advisory committees for both to provide guidance from diverse perspectives. Surprisingly, the number of submissions to the AAS journals during the last six months is surpassing previous years. Apparently, some astronomers have managed to be even more productive in social isolation. While this has not been my experience (I work best in my office, not my home), Kelsie Krafton — our John N. Bahcall Public Policy Fellow — has done a survey and will continue to gather information in the coming months as to how astronomers are being affected by the pandemic and what they will need to move forward. This information is especially important from caretakers of children and/or parents and those who have lost jobs or funding.

Kelsie is also very involved in our Committee on Astronomy and Public Policy (CAPP), which is composed of a variety of experts across academia and industry who do an amazing job of consistently providing advice on very short timescales. In the last few months, this has involved requests for the AAS to endorse position statements on a variety of issues including space utilization, the radio-astronomy spectrum, and racism in academia. 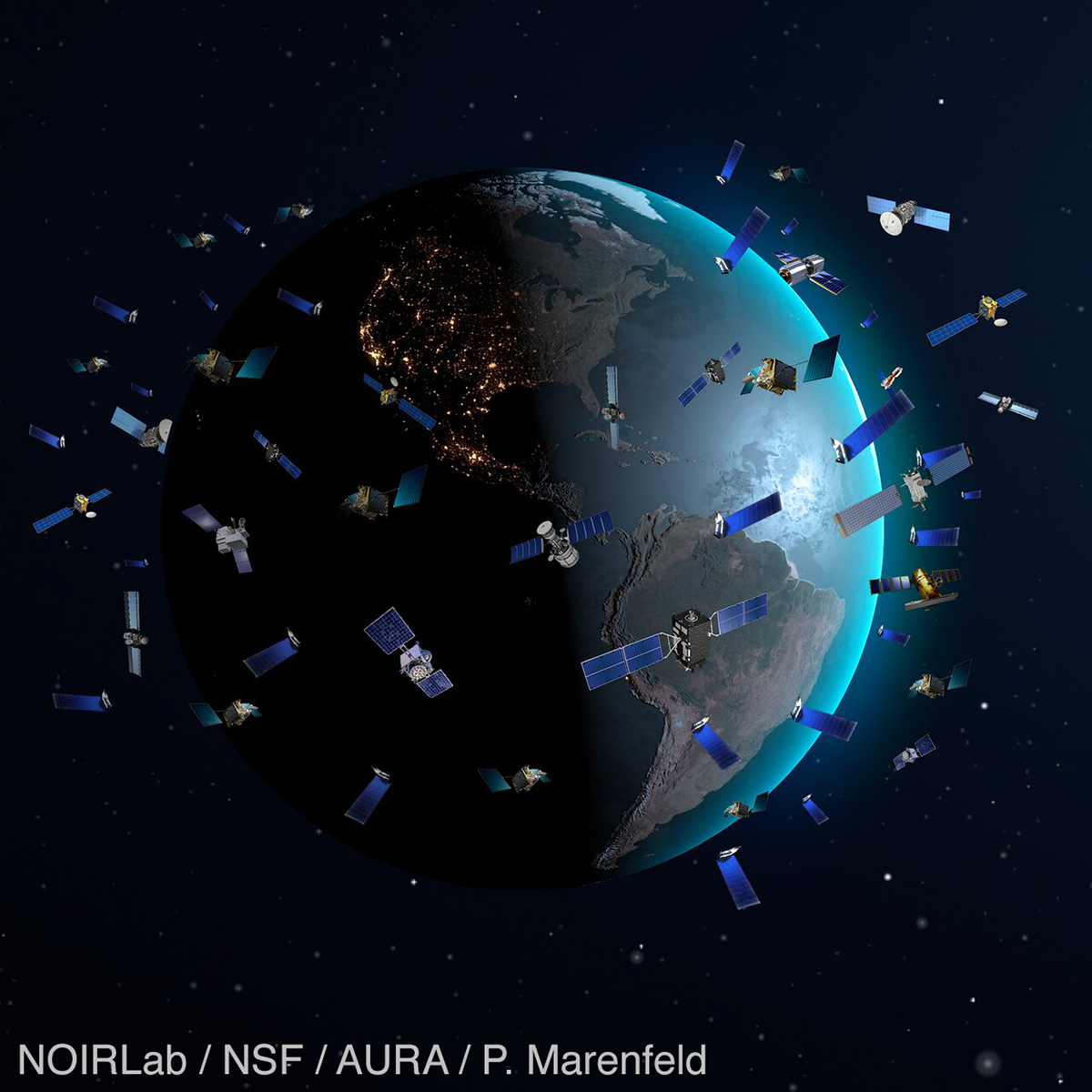 One important issue that is involving CAPP as well as our Committee on Light Pollution, Radio Interference, and Space Debris (LPRISD) is the huge constellation of Starlink satellites being launched by SpaceX. A workshop funded by the National Science Foundation (NSF) and jointly sponsored by the AAS and NSF's NOIRLab was co-chaired by LPRISD chair Jeff Hall (Lowell Observatory) and committee member Connie Walker (NSF's NOIRLab) and involved several other LPRISD members and experts across astronomy and aerospace engineering. This was held in late June/early July followed by a report and press conference in late August that included 10 recommendations for astronomers and satellite operators. A second workshop is planned for 2021.

The Board of Trustees and Strategic Assembly (the Board plus the chairs of Divisions and certain committees) are busy formulating a strategic plan for the next five years. While the main goals of the Society are not undergoing radical change, they do need updating to address issues we face such as diversity, open access, space utilization, and climate change. While we had hoped to have the plan completed by now, the pandemic has slowed our progress. We are aiming for January 2021 and will provide an update at our virtual AAS 237.

A new pilot program for creating a diverse cadre of future science leaders — a collaboration between the AAS and the University of California, Santa Cruz, partially funded by the Gruber Foundation — will begin in January 2021. Proposals to establish National Osterbrock Leadership Program nodes at departments offering graduate degrees in the astronomical sciences are due on 1 October.

In the meantime stay safe, keep publishing, and please email me with your thoughts/ideas on what the AAS can do to further its mission “to enhance and share humanity’s scientific understanding of the universe."

14 Jul 2020
After careful consideration, and based on the continuing outbreak of the coronavirus in the US and its impact on our community's (in)ability to travel, we’ve made the decision to transition AAS 237 to a virtual meeting.