Each month as part of this series from the AAS Historical Astronomy Division (HAD), an important discovery or memorable event in the history of astronomy will be highlighted. This month, author Rick Fienberg, who recently retired after serving 12 years as AAS Press Officer, writes about the first telescope on the Moon. Interested in writing a short (500-word) column? Instructions along with previous history columns are available on the HAD web page.

The First Telescope on the Moon

Fifty years after the Apollo missions, lunar science and exploration are enjoying a resurgence. So far this century, the United States, Europe, Japan, China, and India have successfully delivered more than a dozen robotic orbiters, landers, and rovers to the Moon.1 More are coming throughout the rest of the 2020s2, during which NASA also plans to return astronauts to the lunar surface for extended stays as part of its Artemis program.3

All this activity — combined with existential threats to Earth-based astronomy from increasing light pollution, the proliferation of artificial satellites, and worsening radio interference4, 5 — have brought the idea of doing astronomy from the Moon, once a pipe dream, into the mainstream. A recent issue6 of Philosophical Transactions of the Royal Society A contained 16 articles describing the immense scientific potential of optical, infrared, and radio telescopes on the Moon.

In this context, it’s worth noting that the first (and, so far, only) telescope on the Moon was placed there 50 years ago, on 21 April 1972, by Apollo 16 astronauts John W. Young and Charles M. Duke Jr.7 And in light of the scientific community’s growing efforts to improve inclusion, diversity, equity, and accessibility at all levels of the profession, it’s worth celebrating that the first telescope deployed on another planetary body was the brainchild of an African-American astronomer.

George R. Carruthers (1939–2020) earned his PhD in aeronautical and astronautical engineering at the University of Illinois at Urbana-Champaign, then accepted a postdoctoral position at the US Naval Research Laboratory and spent the rest of his career there.8 Motivated by his interest in astronomy and space exploration, he applied his talents to designing and building telescopes and instruments. He focused on ultraviolet imaging and spectroscopy, which would be especially useful in studying hot stars and interstellar gas and dust. In 1970 he flew a sounding-rocket payload that confirmed the existence of molecular hydrogen in the interstellar medium9, leading to his being awarded the AAS Helen B. Warner Prize for Astronomy10.

After the successful Apollo 11 Moon landing, NASA invited proposals for experiments to be conducted on later lunar missions. Carruthers proposed what ultimately became the Apollo 16 Far Ultraviolet Camera/Spectrograph11, 12, a hybrid analog-digital device that produced electrons but recorded data on film that the astronauts would return to Earth for processing and analysis. Its 3-inch-aperture Schmidt camera was mounted on a tripod, set up in the shadow of the lunar module to keep it cool, and manually aimed at targets by the astronauts. The instrument captured nearly 200 exposures, not counting calibration frames.

In a 1999 oral-history interview13, Carruthers described the outcome: "The most immediately obvious and spectacular results were really for the Earth observations, because this was the first time that the Earth had been photographed from a distance in ultraviolet light, so that you could see the full extent of the hydrogen atmosphere [geocorona], the polar auroras, and what we call the tropical airglow belt. All of these were revealed in pictorial form for the first time…. We also obtained UV images of stars [and] the Large Magellanic Cloud." Carruthers and his collaborators published “Apollo 16 Far-Ultraviolet Camera/Spectrograph: Earth Observations” in Science14 shortly after the end of the mission and presented their astronomical observations at AAS meetings over the next several years.15

The backup for the Apollo 16 telescope was later carried on Skylab, where it was used to observe Comet Kohoutek16 in 1973, and Carruthers flew other instruments on the Space Shuttle and several Earth-observing satellites. In addition to his research and instrument development, Carruthers devoted considerable attention to encouraging and supporting young people — especially members of underrepresented groups — in science and technology careers. In 2012 he was awarded the National Medal of Technology and Innovation, one of the nation’s highest honors; President Barack Obama presented it to him at the White House.17

Though Carruthers is no longer with us, his Far Ultraviolet Camera/Spectrograph remains on the Moon in the Descartes highlands next to the abandoned descent stage of the lunar module Orion, a testament to his many contributions to both engineering and science. It was the first telescope on the Moon, but it surely won’t be the last. 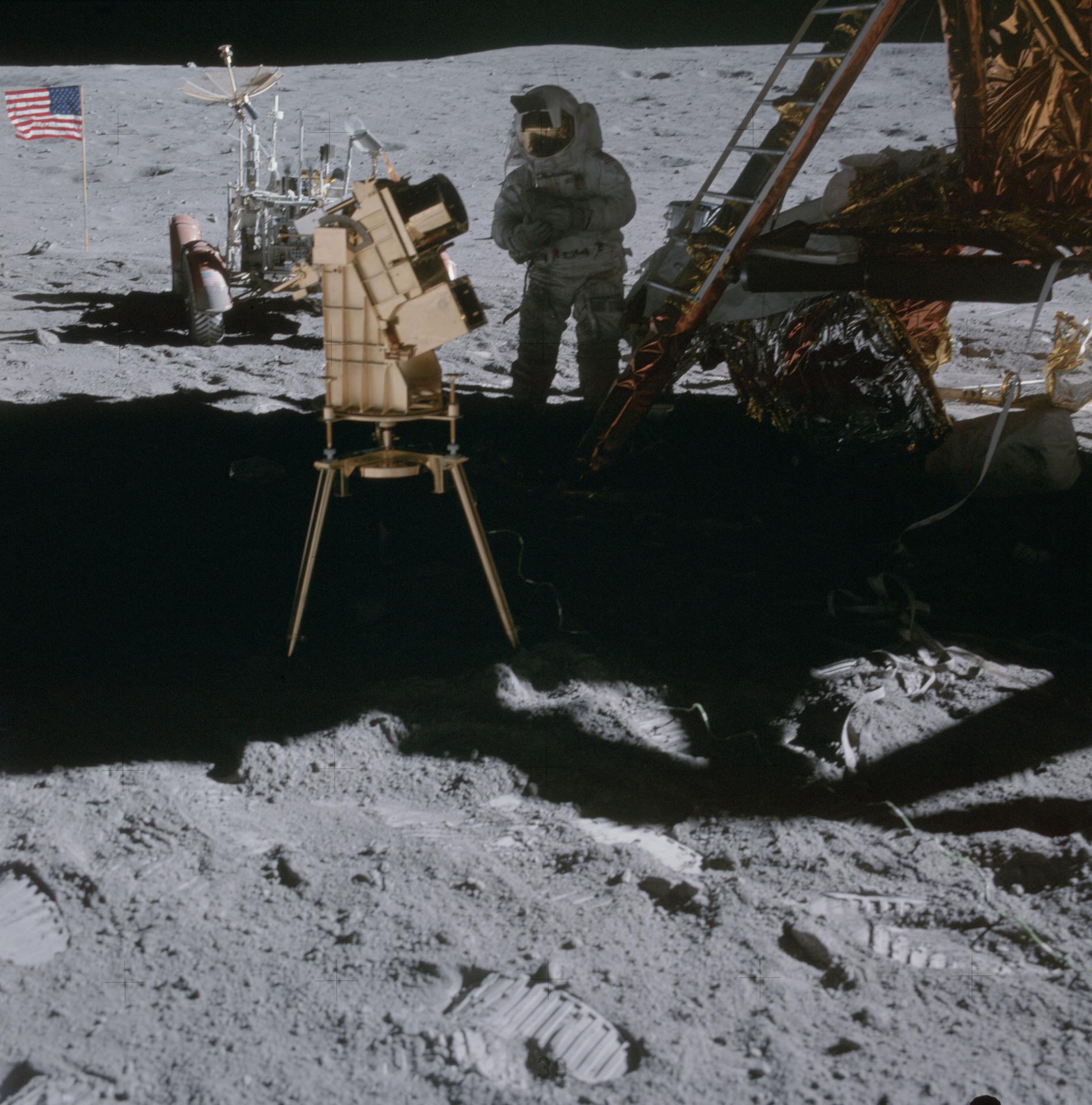 Fig. 1: Apollo 16 lunar module pilot Charles M. Duke Jr. stands in the shadow of the lunar module Orion behind the Far Ultraviolet Camera/Spectrograph — the first telescope on the Moon — on 22 April 1972. NASA photograph by mission commander John W. Young. (https://images.nasa.gov/details-as16-114-18439; note that the headline on the web page is incorrect though the text is correct: it is astronaut Duke in the shadow.) 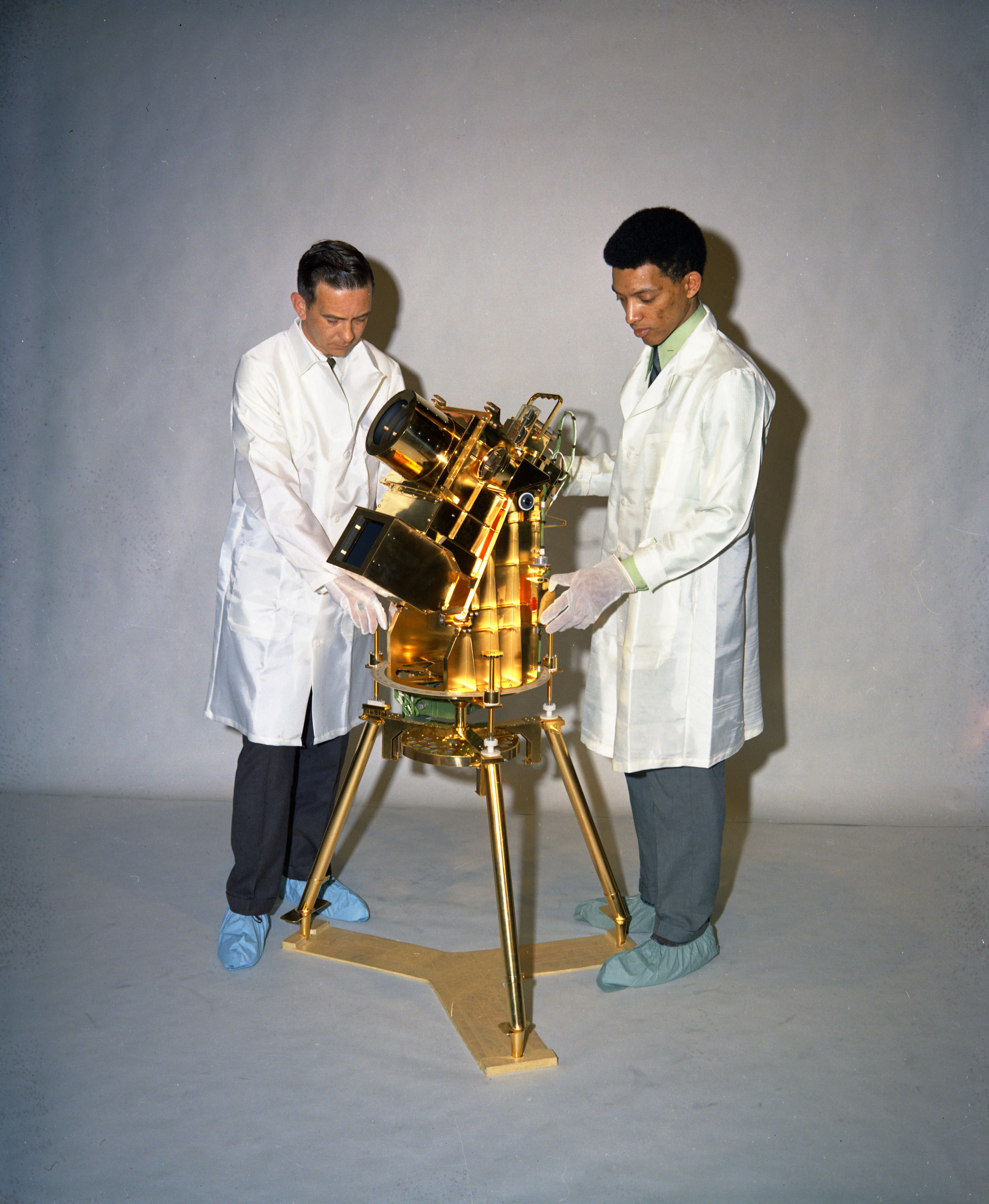 Fig. 2: George Carruthers stands to the right of the gold-plated Far Ultraviolet Camera/Spectrograph, which was flown to the Moon on the Apollo 16 mission. With him at left is his colleague William Conway. Courtesy the US Naval Research Laboratory. (https://www.nasa.gov/image-feature/looking-back-dr-george-carruthers-an…) Note that the photograph caption is wrong: Dr. Carruthers is to the viewer's right, to the left of the device. 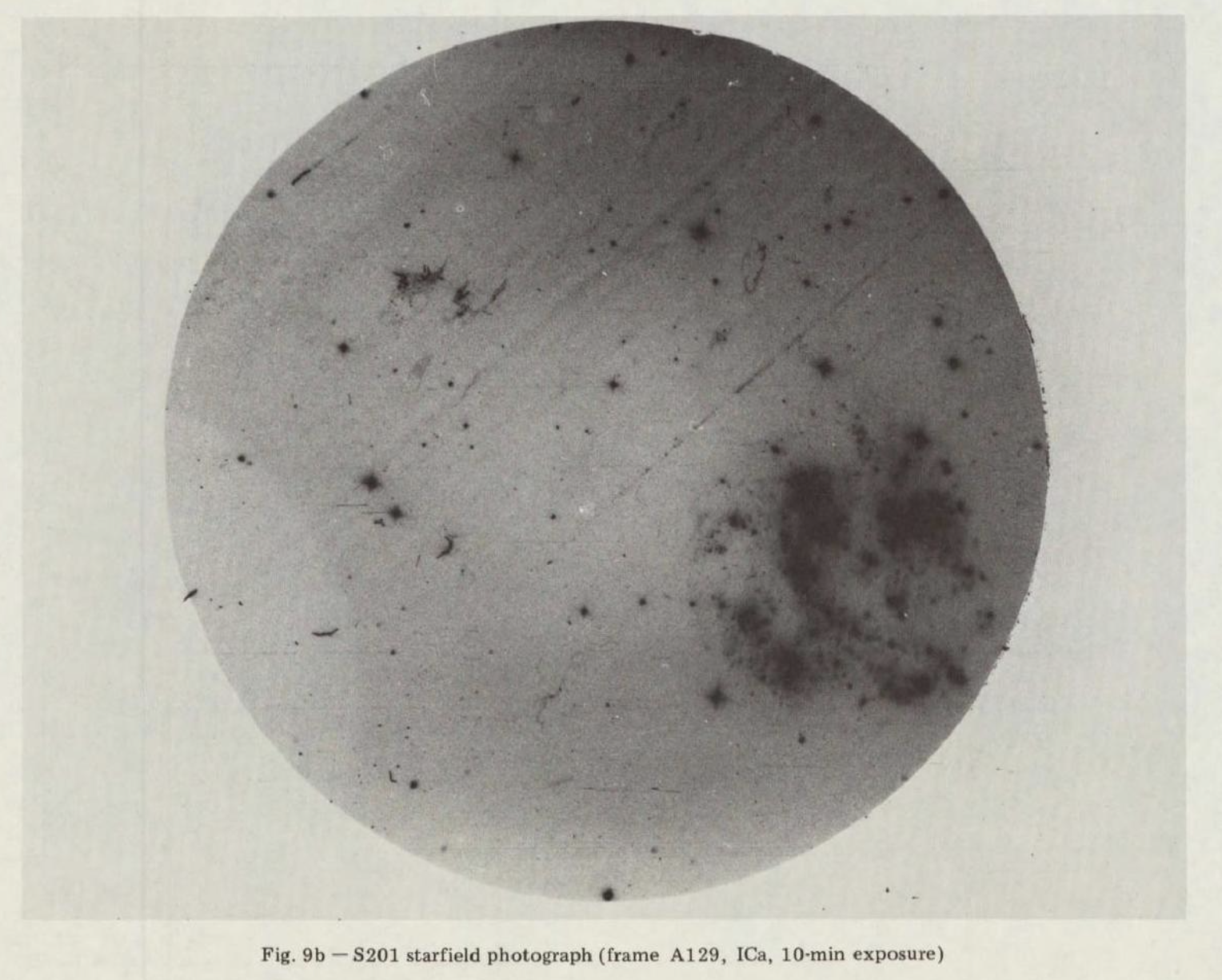 4 Apr 2022
In this column from the AAS Historical Astronomy Division, Stephen Spears, formerly with the Cleveland, Ohio, public schools, writes about the career of Cecilia Payne-Gaposchkin.

24 Feb 2022
In this column from the AAS Historical Astronomy Division, Michael E. Marotta writes about the discovery of rings around Uranus and Jupiter.