Each month as part of this series from the AAS Historical Astronomy Division (HAD), an important discovery or memorable event in the history of astronomy will be highlighted. This month, author Aneka Kazlyna writes about 'Abd al-Rahman al-Sufi. Interested in writing a short (500-word) column? Instructions along with previous history columns are available on the HAD web page.

Also known as 'Abd al-Raḥmān 'Abū al-Ḥusayn, 'Abd al-Rahman al-Ṣūfī (903-986 CE), also known as Azophi or Azophi Arabus, was an astronomer renowned for his contributions to the studies of the fixed stars and astronomical instruments. Al-Ṣūfī was born in Rayy (modern day Iran) and conducted his work under the patronage of Buyid ruler 'Aḍud al-Dawla (d. 983). Al-Ṣūfī’s Book on the Constellations of Fixed Stars is of utmost importance to the history of astronomy. In this star catalogue, he describes forty-eight constellations, identifies the magnitudes and positions of over one thousand stars, and critiques Greek and Arab astronomy based on his own stellar observations. Moreover, al-Ṣūfī’s book is an important source for understanding Arabic star nomenclature and its transmission to and within Europe. Many of our modern star names are based on their respective Arabic star names as found in his catalogue.1

Al-Ṣūfī was familiar with two astronomical traditions, namely the earlier Arab and Greek traditions and his star catalogue highlights the dialogue between these two traditions.2,3 The Almagest, written by the foremost Greek astronomer Claudius Ptolemy, details many aspects of mathematical astronomy such as motions of the Sun, Moon, and planets, and also contains a comprehensive star catalogue.4 During the 9th century, the Almagest was translated into Arabic several times. Al-Ṣūfī was familiar with both Ptolemy’s star catalogue and the folk astronomy of the pre-Islamic and early Islamic Arabs that dealt with calendar-making and weather predictions. 5

Although both Greek and Arab traditions existed during Al-Ṣūfī’s time, neither traditions’ group knew of the other. Thus, al-Ṣūfī’s marriage of the two in his own star catalogue was momentous and groundbreaking.

Al-Ṣūfī begins his Book of the Constellations of the Fixed Stars with an introductory chapter outlining his motivations for writing the text. His impetus was based on a critique of his predecessors and the desire to distinguish truth from error when it came to observations of the stars. Al-Ṣūfī attempted to not only harmonize Greek and Arab astronomy, but also to critique his predecessors in both traditions. He highlights that, in many cases, those astronomers based their conclusions about the positions of stars on existing celestial globes or previously written books made by others without conducting their own observations for verification.6 Thus, his catalogue is more than a collection of stellar information, it is an earnest attempt to be more accurate, precise, and critical than others before him.

Al-Ṣūfī did not shy away from critiquing even the likes of Ptolemy. He centers his critiques on Ptolemy’s Almagest on the following bases: incorrect magnitudes or revised magnitudes, the complete exclusion of certain stars, and incorrect star positions. He updated Ptolemy’s star catalogue with his own observations and knowledge. Al-Ṣūfī also critiques Abū Ḥanīfa al-Daīnawari (d. 896), al-Battānī, and those who studied Arab folk astronomy. For instance, he critiques al-Daīnawari because he did not know that the twelve constellations of the zodiac were called by their names, that their images in the sky are due to the same name, and that these constellations do not change.7

"For they say, I showed her al-suhā, and she showed me the moon”.8 Al-Ṣūfī mentions this Arabic proverb when discussing a star called al-suhā, which can be found above the star called al-anaq. He also adds that this particular star was used by some to test their eyesight. Here, al-Ṣūfī discusses a star that had never been discussed by Ptolemy. Al-Ṣūfī also made the first mention of what we know as the Andromeda Galaxy (Messier 31). He refers to it with the Arabic term laṭkhā (smear), to signify a cluster of stars. He notes that the constellation that contains Andromeda (Messier 31) was known to the Arabs as the fish (al-ḥūt). Thus, he did not simply adopt knowledge from both the Greek and Arabic astronomical traditions, but greatly expanded upon them far beyond any astronomer before his time. When he found that the Greek and Arab traditions disagreed, he revised them and corrected their errors, and reconciled their differences with his own observations.

The significance of al-Ṣūfī’s Book of the Constellations of Fixed Stars extends beyond the 10th century. Al-Ṣūfī’s astronomy and the names of the fixed stars traveled across linguistic and cultural borders. Due to the transmission of his work, the Arabic star names have survived to the present day. In the 16nth century, mathematician and astronomer Peter Apian (d. 1552), also known as Petrus Apianus, referenced al-Ṣūfī as Azophi in his discussion of the constellations. Apianus’s work was important for later astronomers and the very Arabic star names he gathered from al-Ṣūfī became embedded in celestial globes, maps, and scientific works. German painter Albrecht Dürer (d. 1528) published two maps of the sky and wrote on the corner the names: Aratus, Ptolemy, Marcus Manilius, and Azophi (al-Ṣūfī).9 Not only was his catalogue impressive, but so was his meticulous and methodical approach to studying and documenting constellations. Al-Ṣūfī’s work transformed observational astronomy, surpassing his predecessors in breadth, accuracy, and precision. 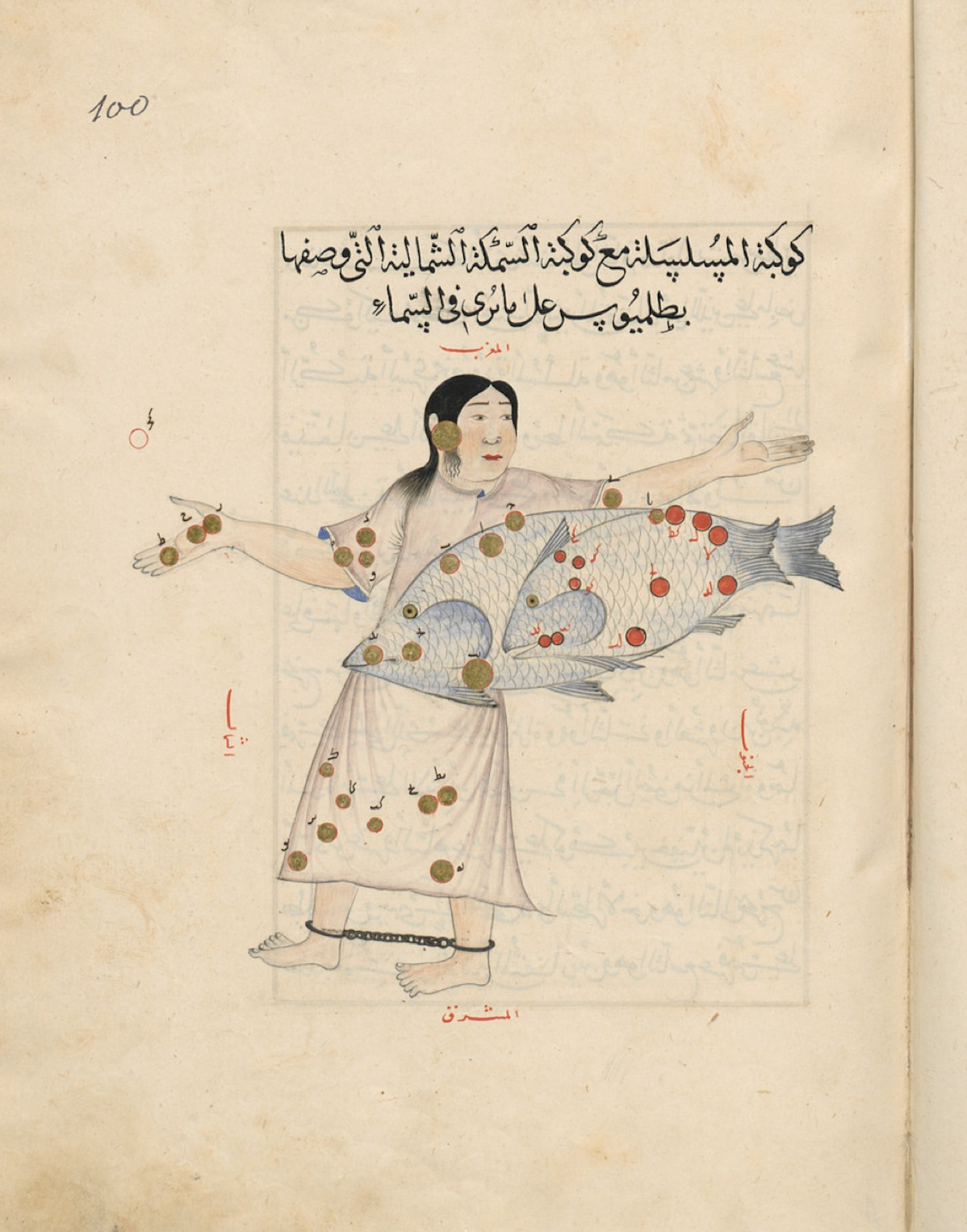 Fig. 1: The constellation of Andromeda with the fish covering her body: MS Arabe 5036 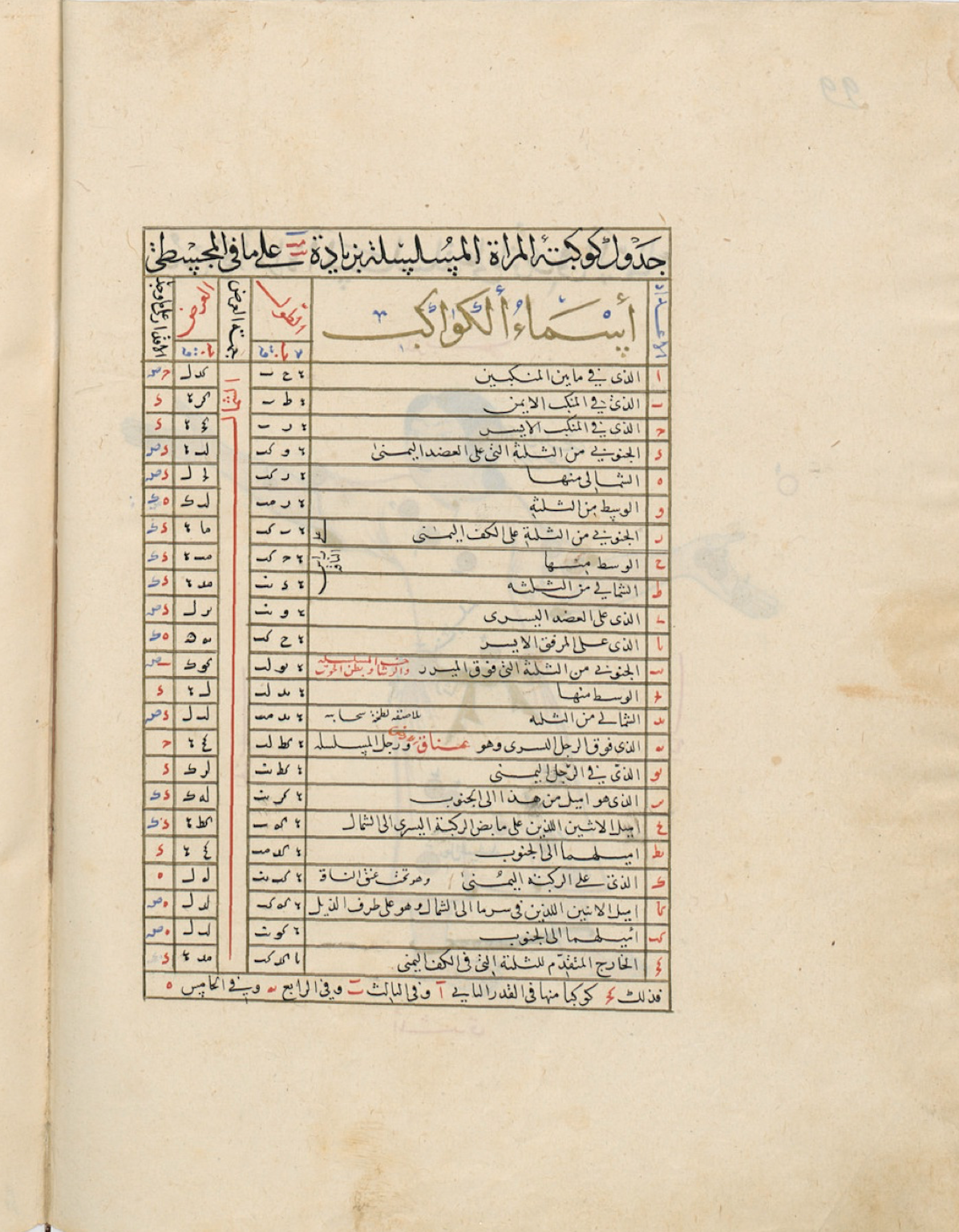 10 Jan 2022
In this column from the AAS Historical Astronomy Division, Amy C. Oliver writes about William Herschel, his telescopes, and Uranus.

16 Dec 2021
In this column from the AAS Historical Astronomy Division, Dan Broadbent writes about the life work of Johannes Kepler.