Each month as part of this series from the AAS Historical Astronomy Division (HAD), an important discovery or memorable event in the history of astronomy will be highlighted. This month's author, IEEE Life Member Kurt Baty, writes about the Antikythera Mechanism. Interested in writing a short (500-word) column? Instructions along with previous history columns are available on the HAD web page.

On 17 May 1902, archaeologist Spyridon Stais was examining one of the finds recovered from an underwater wreck found off the coast of the small island of Antikythera, in the Aegean Sea, when he noticed that there was an inscription on it.1 In 1905, philologist Albert Rehm identified some of the Greek letters as representing the numbers 19, 76, and 223.2 (See Figures 1 and 2.) He was the first to propose that this recovered object, since known as the Antikythera Mechanism, was an astronomical calculator.3,4 The Mechanism’s date of creation remains uncertain, anywhere from around 200 BCE to around 70 BCE.

Today, this unique artifact remains encased in corrosion products and encrustation. The Mechanism was almost certainly recovered in one piece, then taken to the National Archaeological Museum in Athens, where over subsequent decades, it split into 82 fragments. Presently, we have the back half of the instrument plus a considerable amount of the front of the Mechanism: the Main Drive Wheel in Fragment A; parts of the Zodiac and Calendar scales, as well as the Moon phase device in Fragment C; and a disk, gear, and plate in Fragment D, which are the epicyclic components of a Venus mechanism, consisting of a complex series of interlocking bronze gears. Generations of mathematicians, astronomers, and historians have brought their talents to this problem and, in part due to increasingly sophisticated imaging technologies, much has been learned about this remarkable device.

We now are confident that we understand how this ancient Greek mechanical computer delivered its predictions of the apparent motions of the Sun, Moon, and planets. The forecasts of the Sun’s and Moon’s positions have proven to be fairly accurate, the Sun varying by just over 2 degrees from its mean position and the Moon just over 5 degrees. Predictions of eclipse possibilities were similarly accurate, based on the 223-month Saros cycle. However, the Mechanism’s outlook for the positions of the planets was not at all accurate during their retrograde cycles. For example, given the inaccurate ancient Greek epicyclic theories, Mars could be wrong by as much as 38 degrees within a couple of years of calibration of the device.

Some have speculated that the Antikythera Mechanism might have served as a civil calendar. Far more likely is that its fundamental purpose was as a prediction device, generating with relative ease results from ancient Greek astronomical theories that would have otherwise required difficult (for the times) trigonometry. The various astronomical cycles are enabled internally by the various gear ratios employed; thus mechanizing predictions with the Antikythera Mechanism meant that solutions could be achieved with the turn of a handle.

This was possible because the designer of the Antikythera Mechanism brought together three celestial periods: the Saros cycle of eclipses inherited from the Babylonians, the Lunar cycle5 introduced by Meton of Athens in 432 BCE6 and its refinement about 330 BCE by Callippus of Cyzicus, a student of Eudoxus of Cnidus. The Metonic dial is the main upper dial on the rear of the mechanism. The Metonic dial covers 235 months in five rotations of the dial. The Callippic dial is conjectured to be the left secondary upper dial, which follows a 76-year cycle. (Direct evidence for this dial is lost.) The Callippic cycle is four Metonic cycles, so this dial indicates the current Metonic cycle within the overall Callippic cycle.5

Having followed up on Meton’s work to measure the length of the year, Callippus, around 330 BCE, accepted the 19-year Metonic cycle, but held that the duration of the year was closer to 365¼ days. Consequently, he multiplied the 19-year cycle by 4 to obtain an integer number of days, and then omitted one leap day from the last 19-year cycle. Thus, he computed a cycle of 76 years consisting of 940 lunations of 27,759 days. Based on his computations, the Decree of Canopus7 from 238 BCE set the Egyptian calendar to 365¼ days.

Following the notation of Freeth, et al.,8 the axis e* carries gear e3, the large 223-tooth gear which serves a second purpose: The gears k1 and k2 are epicyclically mounted on e3 and are one pair that is not on a shared axle.9,10 Rather, they connect with a short pin on k1 inserted into a slot in k2. Since these two have different centers of rotation, the pin must move back and forth in the slot. That increases and decreases the radius at which k2 is driven, also necessarily varying its angular velocity (assuming that the velocity of k1 is constant), moving faster in some parts of the rotation than others. (See Figure 3.) Over an entire revolution, the average velocities are the same, but the fast-slow variation models the ancient Greek epicyclic theory of the Moon (in actuality, the Moon’s varying progression along its elliptical orbit).

At present, the Antikythera Research Team at University College London is building physical models of the Mechanism to confirm the mechanical integrity of their theoretical model and to explore the techniques that the ancient Greeks might have used to construct this very complex device.11 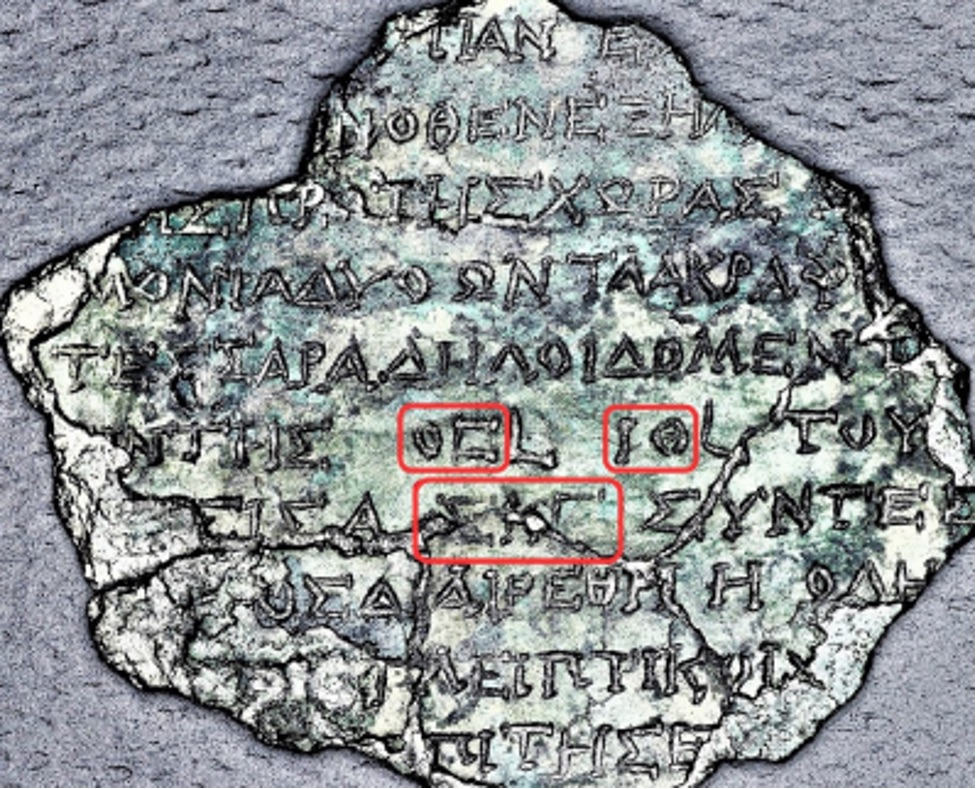 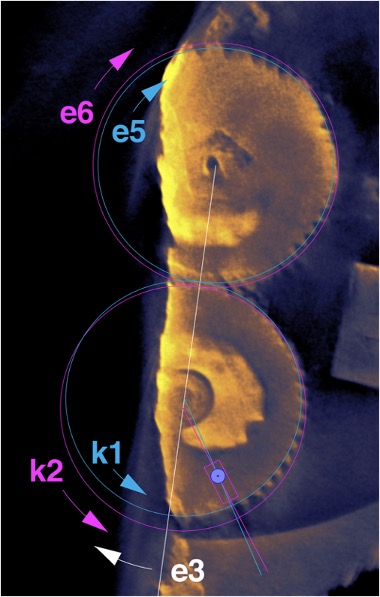 HAD is grateful to Antikythera researcher Tony Freeth for his detailed comments on a draft version of this column.

15 Apr 2021
In this column from the AAS Historical Astronomy Division, AAS Amateur Affiliate Alan Agrawal writes about the supernova of 1006 CE.

15 Apr 2021
In this column from the AAS Historical Astronomy Division, Michael E. Marotta writes about the discovery of the strong magnetic field between Earth and the Moon.