Each month as part of this series from the AAS Historical Astronomy Division (HAD), an important discovery or memorable event in the history of astronomy will be highlighted. This month's author, AAS Amateur Affiliate Alan Agrawal, MD, writes about the supernova of 1006 CE. Interested in writing a short (500-word) column? Instructions along with previous history columns are available on the HAD web page.

In 1006 CE humans witnessed one of the most remarkable events in the recorded history of stargazing: the brightest supernova (SN) ever seen. Only 7000 light-years from Earth and well above the galactic plane, SN 1006 was so bright that it gave off approximately the same amount of light as a quarter moon, cast shadows at night, and was visible in the daytime. The best estimate perhaps for its initial brightness is that it was in the apparent magnitude range of -8.5 to -9. It was observed in the constellation Lupus not too far from the star Beta Lupi, and was one of the five well-documented naked-eye supernovas that occurred in the Milky Way in the last 1000 years (1006, 1054, 1181, 1572, and 1604 CE).

Most reports from which a date can be ascertained indicate that the earliest sightings of SN 1006 began at the end of April, although one set of observations from Yemen suggest a possible first sighting in mid-April. There are about 30 observation reports from Europe, the Middle East, and the Far East; two of the more informative of which are described below.

The European report with greatest detail comes from the monastery of St. Gall in Switzerland. Here they were able to see the supernova just above the Alpstein mountain range that lies to the south of their location: "A new star of unusual size appeared, glittering in aspect, and dazzling to the eyes, causing alarm… It was seen likewise for three months in the inmost limits of the south, beyond all the constellations which are seen in the sky."1

Another important report came from the physician and scholar Ali Ibn Ridwan, who was in Cairo, and for whom the SN was placed higher in the sky than for the observers at St. Gall: “This spectacle was a large circular body 2½ to 3 times as large as Venus. The sky was shining because of its light.“1 Of note regarding the comparison to Venus, in the early history of astronomy, several important astronomers, including Tycho Brahe for example, had hypothesized that brighter stars were physically larger.

At the time SN 1006 was first seen it was reported by Ali Ibn Ridwan to be in opposition to the Sun, and so months later, sometime in September, it was no longer able to be seen due to its proximity to the Sun. It reappeared in the dawn sky in November or December of 1006. The SN was visible in the night sky for a period of at least three years.

The interpretations of the meaning of the appearance of the SN at that time were highly varied by different peoples. Some saw it as a harbinger of doom and predicted the onset of famine, pestilence, and war, while others ignored it, perhaps assuming it was an atmospheric phenomenon, while still others declared it to be an auspicious event.

The first evidence of a corresponding remnant that could be linked to SN 1006 was the discovery of radio source PKS 1459-41 by Gardner and Milne (1965), studied further by Milne (1971).2,3 Subsequently this remnant was imaged in multiple wavelengths (see Figures 1 and 2). As no stellar remnant has been detected, a double degenerate scenario — the merger of two white dwarf stars — has been proposed as the most likely etiology of this Type Ia SN. 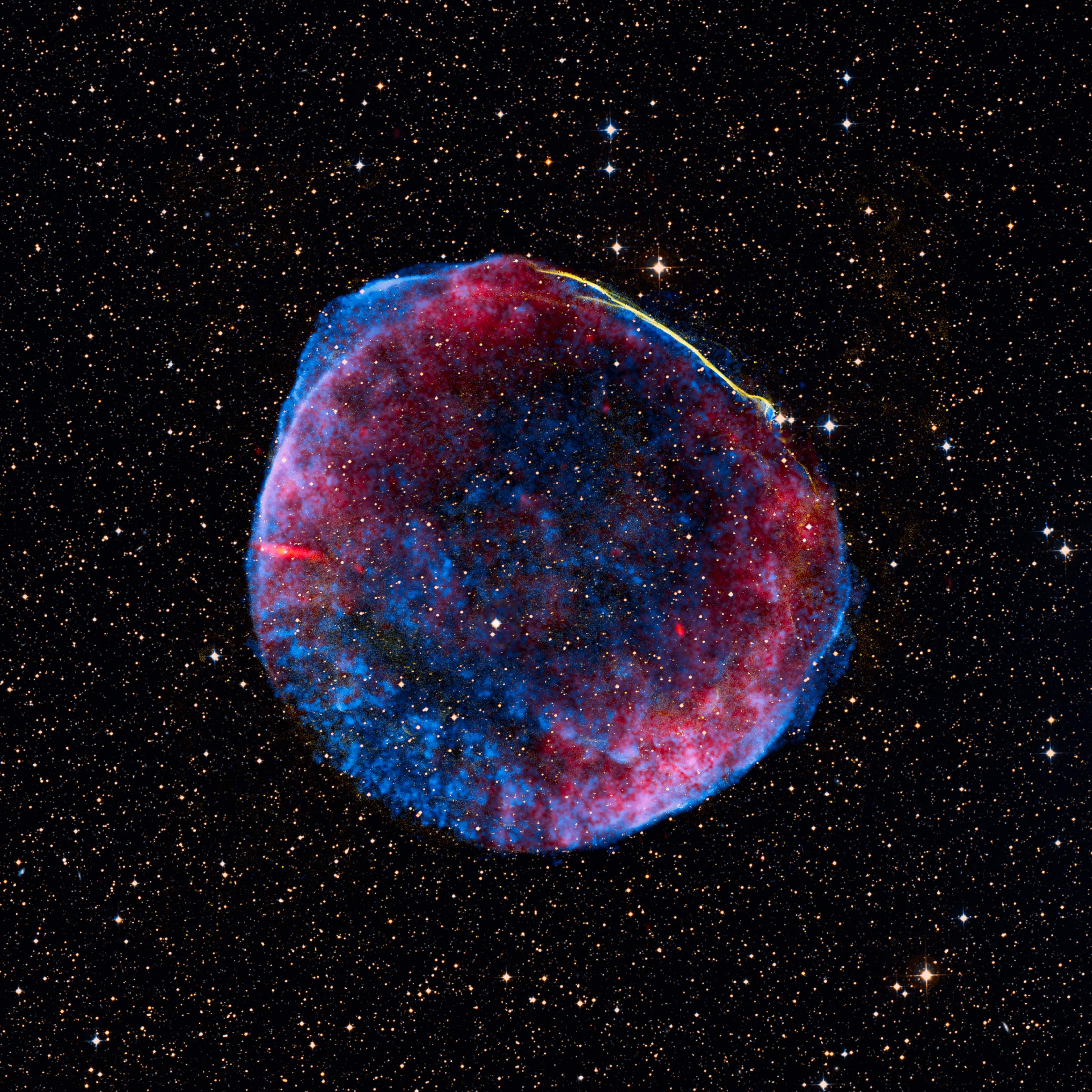 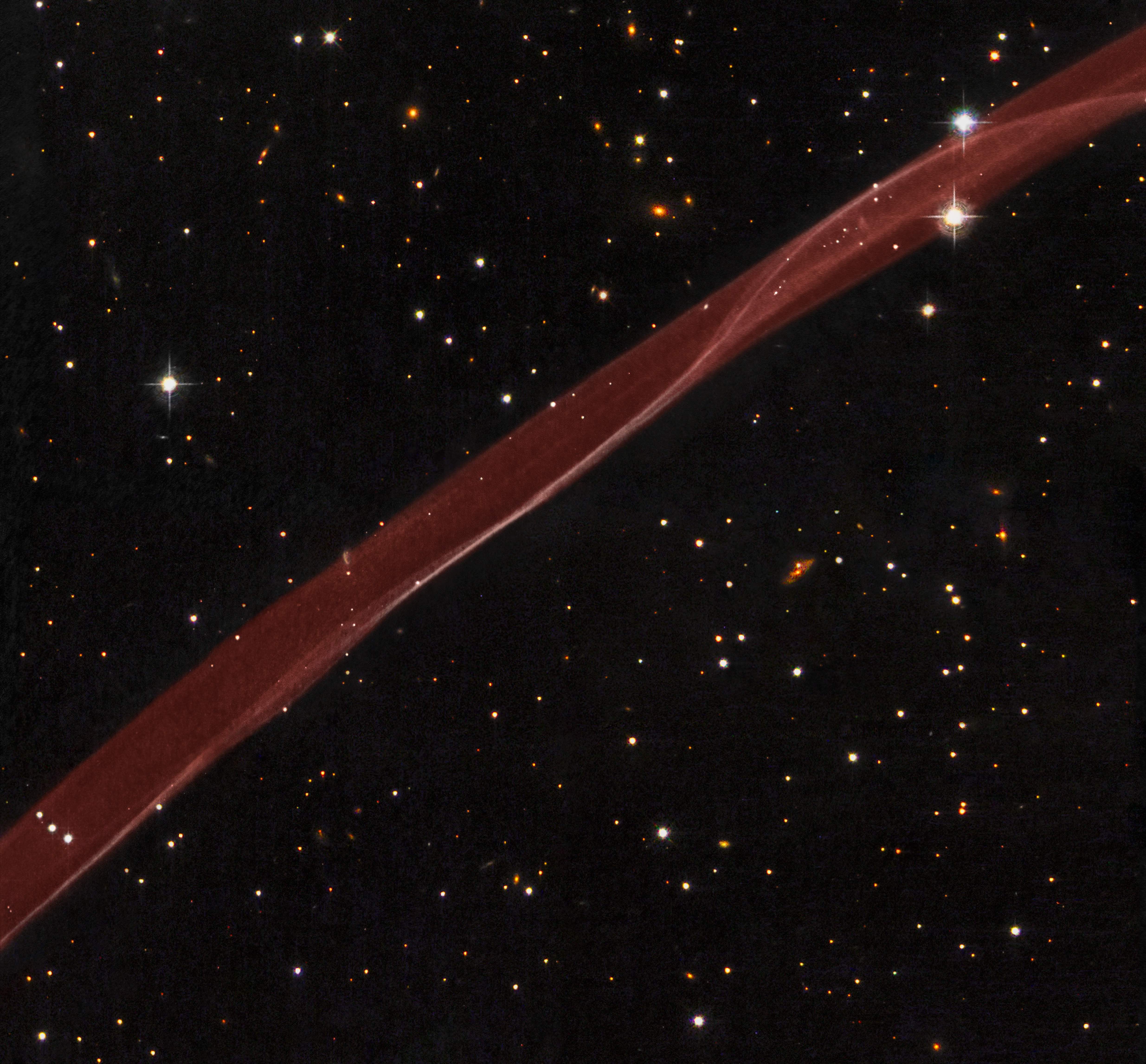 15 Apr 2021
In this column from the AAS Historical Astronomy Division, Michael E. Marotta writes about the discovery of the strong magnetic field between Earth and the Moon.

17 Feb 2021
In this column from the AAS Historical Astronomy Division, Dr. Linda Shore, Chief Executive Officer of the Astronomical Society of the Pacific, writes about the ASP’s creation and growth.