Each month as part of this series from the AAS Historical Astronomy Division (HAD), an important discovery or memorable event in the history of astronomy will be highlighted. This month's author, Michael E. Marotta, writes about a January conjunction of Galileo Galilei and Edwin Hubble. Interested in writing a short (500-word) column? Instructions along with previous history columns are available on the HAD web page.

Galileo, Hubble, and the Arrangement of the Cosmos

This month we celebrate two events that bracket the development of modern astronomy: Galileo Galilei’s discovery of the moons of Jupiter and Edwin Hubble’s paper affirming that the Andromeda nebula is a galaxy external to our own. Hubble’s announcement was read for him at the 1 January 1925 meeting of the American Astronomical Society in Washington, DC. Galileo’s first sighting of three moons of Jupiter occurred on the night of 7 January 1610. On 14 January he spotted a fourth moon. On 30 January he sent his manuscript of Sidereus Nuncius to the printer Thomas Baglioni in Venice. Galileo’s discoveries and Hubble’s deduction resulted from new instruments that extended our natural senses. Both were attended by controversy. Together, they changed our understanding of the universe and our place within it.

Although published in the 20th century, Hubble’s groundbreaking paper is somewhat clouded by legend. In the preface to The Hubble Atlas of Galaxies, Allan Sandage called the announcement “dramatic.”1 But in a 1971 article re-examining the facts, Richard Berendzen and Michael Hoskin asserted that it was not a sudden revelation.2 Hubble had been discussing his findings about Andromeda for some time. And he had to be prodded by Henry Norris Russell to submit a paper to the AAS conference in pursuit of a $1,000 prize offered for the best contribution to the proceedings.2

On the other hand, Galileo was focused and clear on what he wanted and why. Improving on his first three-power telescope built in 1609, his latest instrument magnified 30 times. By then he had sold telescopes to Venetian merchants who took advantage of the opportunity to see first which ships were coming into the harbor. Galileo had been exploring the heavens for a year, informed by two assumptions: despite thousands of years of observations, discoveries were still to be made; and the ancient mappings of the heavens were not merely incomplete, but conceptually insufficient. Interestingly, Sidereus Nuncius makes no mention of Copernicus.

Edwin Hubble’s work extended both the size of the universe and the depth of our understanding of its galactic structures. Five years after the 26 April 1920 “Great Debate” between Harlow Shapley and Heber D. Curtis about the size and arrangement of the cosmos, conclusive evidence for or against their differing models was still lacking. Hubble provided it, though unlike Galileo, his evidence rested on the close measurements of an earlier investigator, Henrietta Swan Leavitt. Ironically, her work on Cepheid variable stars was used by Harlow Shapley to argue that our Milky Way is the entire cosmos, the very point disproved by Hubble’s use of Leavitt’s data.3 Hubble had been photographing a variable star in the Andromeda nebula with Mount Wilson’s 100-inch reflector since the night of 5-6 October 1923.4 In identifying a Cepheid among Andromeda’s multitude of stars, he soon proved that the “nebula” was, in fact, a galaxy separate and far distant from our own.

The size of the universe was not a problem that Galileo considered. His observations fit comfortably within a cosmos perhaps 2 billion miles in radius. Depending on the interpretation of the length of the Greek stadium used by Eratosthenes during the 3rd century BCE, medieval astronomers placed Saturn some 900 million miles from the Earth, then assumed to lie at the center of the cosmos.5, 6

As a final point of contrast, the original manuscript of Edwin Hubble’s 1 January 1925 paper has been lost. He did publish a spate of papers on the subject through 1927, but the text of the initial announcement was missing. On the other hand, copies of Sidereus Nuncius do exist and occasionally come on the market. In December 2010, the auction house Christie's New York sold data-visualization specialist Edward Tufte’s copy of an original for $662,500, though a pirated copy also from 1610 (now missing some illustrations) was hammered at $13,750. 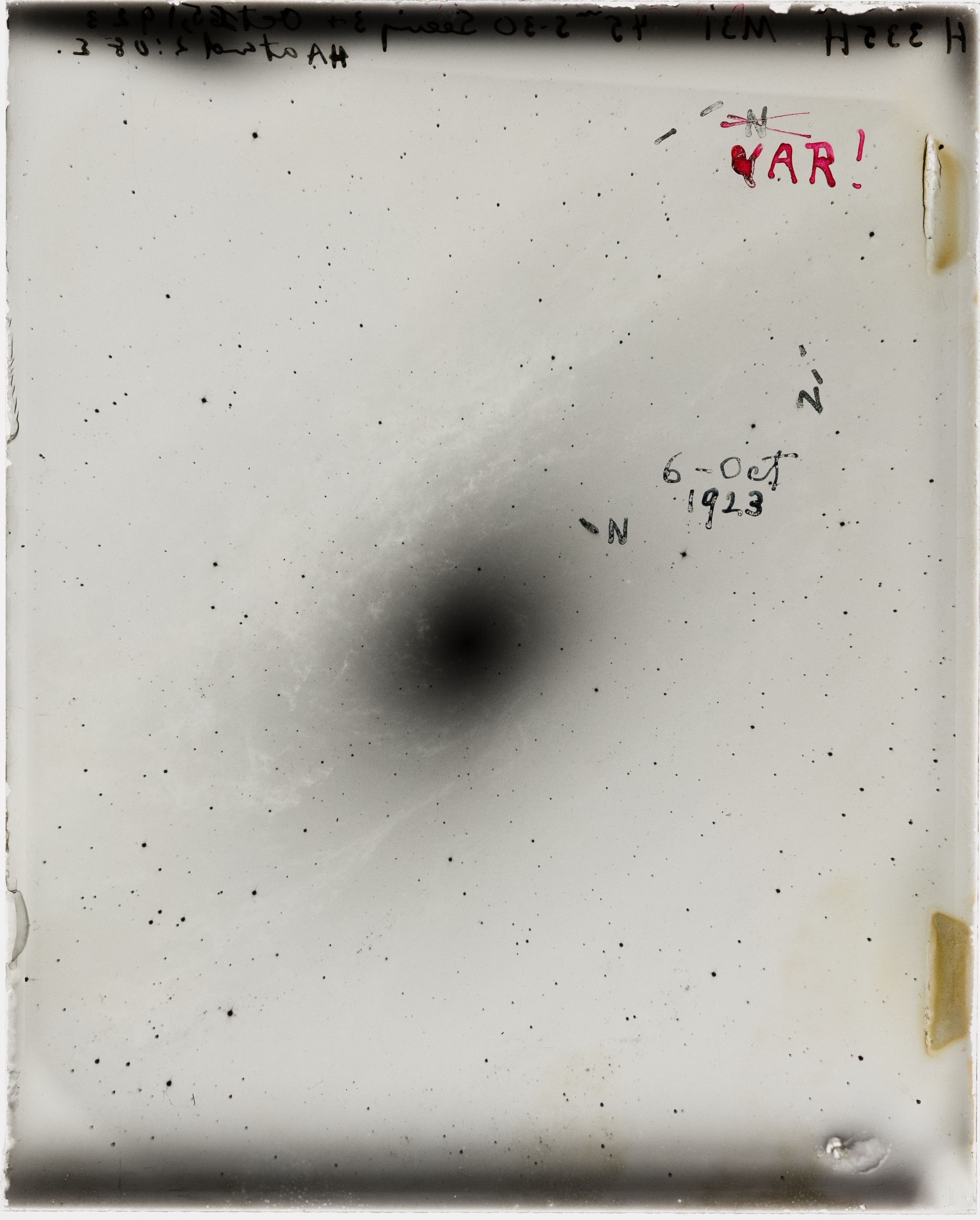 Fig. 1. The famous 1923 photographic plate of Messier 31, the Andromeda galaxy, with Edwin Hubble’s exclamatory “VAR!” signifying a Cepheid variable. Hubble had previously suspected the star to be a nova, hence, the crossed-out “N.” (Carnegie Institution for Science)

21 Dec 2020
Each month this series from the AAS Historical Astronomy Division highlights an important discovery or memorable event. In this installment we focus on astronomer al-Khwārizmī’s algebra.

15 Jan 2020
Each month this series from the AAS Historical Astronomy Division highlights an important discovery or memorable event. In this installment we reflect on Arthur Eddington's role in the 1919 solar eclipse that made Albert...