Each month as part of this series from the AAS Historical Astronomy Division (HAD), an important discovery or memorable event in the history of astronomy will be highlighted. This month's authors Dareen Awwad and Jason E. Ybarra write about astronomer al-Khwārizmī’s algebra. Interested in writing a short (500-word) column? Instructions along with previous history columns are available on the HAD web page.

This year, 2020, is the approximate 1,200-year anniversary of Persian polymath al-Khwārizmī’s Kitāb al-mukhtaṣar fī ḥisāb al-jabr wa’l-muqābala (Brief Book on Calculation by Restoration and Confrontation) that laid the foundations of algebra.1 The exact year of completion is uncertain. Some references attribute the year to around 820 CE, while others to 830 CE. We do know that it was most certainly completed between 813 and 833 CE during the reign of Abbasid caliph al-Ma’mun to whom the book was dedicated.

Muḥammad ibn Mūsā al-Khwārizmī is thought to have been born around 780 CE in Khwārezm, corresponding to the modern city of Khiva in Uzbekistan.2 He was one of the scholars assembled to work in the House of Wisdom in Baghdad by the caliph. There he studied many Greek and Indian works on astronomy, mathematics, and geography.3 Al-Khwārizmī’s arithmetic textbook Kitāb al-ḥisāb al-Hindī (Book on Indian Arithmetic) introduced the decimal system and the concept of zero.4 This work was translated into Latin as Algoritmi de Numero Indorum and thereby helped to spread Indian numerals into Europe during the 12th century. Those symbols evolved into our modern Hindu-Arabic numeral system.5 The Latinized version of his name is the source for the English word algorithm. Al-Khwārizmī’s major astronomical work Zīj incorporated Indian and Greek astronomical methods and was one of the first Arabic astronomy books to reach the West and be translated into Latin.6

But the work he is most known for is the Kitāb al-jabr wa’l-muqābala. In this book, al-Khwārizmī took the intellectual step of making equations the subject of mathematical investigation. He defined various operations, one of which he named al-jabr, from the Arabic verb jabr that has meanings of “to set a broken bone” and “to restore to good condition.”7 This operation is analogous to solving for unknown x by adding the number represented by a to both sides of the equation x − a = b, thus “restoring” x.1 The title of the book was translated into Latin as Liber Algebrae et Almucabola, from which we get the English word algebra.

Al-Khwārizmī’s book was also designed to be easily understood and provided solutions to practical problems encountered in daily life at the time, such as dividing up inheritances, surveying plots of land, commerce, and engineering. It also provided more than 800 examples of solving simple quadratic equations.

Both al-Khwārizmī and the Greek mathematician Diophantus (circa 200 – circa 284 CE) have been called the “Father of Algebra,” and there is still some debate as to who played the more important role.8 Diophantus’s 13-volume work Arithmetica lacked general methods of solving equations, whereas al-Khwārizmī’s book discussed strategies for solving problems and proving those methods geometrically (see Fig. 1). Nonetheless, Diophantus is credited with introducing symbols for unknowns, powers, and operations. Thus, both al-Khwārizmī and Diophantus contributed significantly to the algebra of today. However, al-Khwārizmī’s concept of general solutions to problems earned him the title “Father of Algebra” among many historians of mathematics. 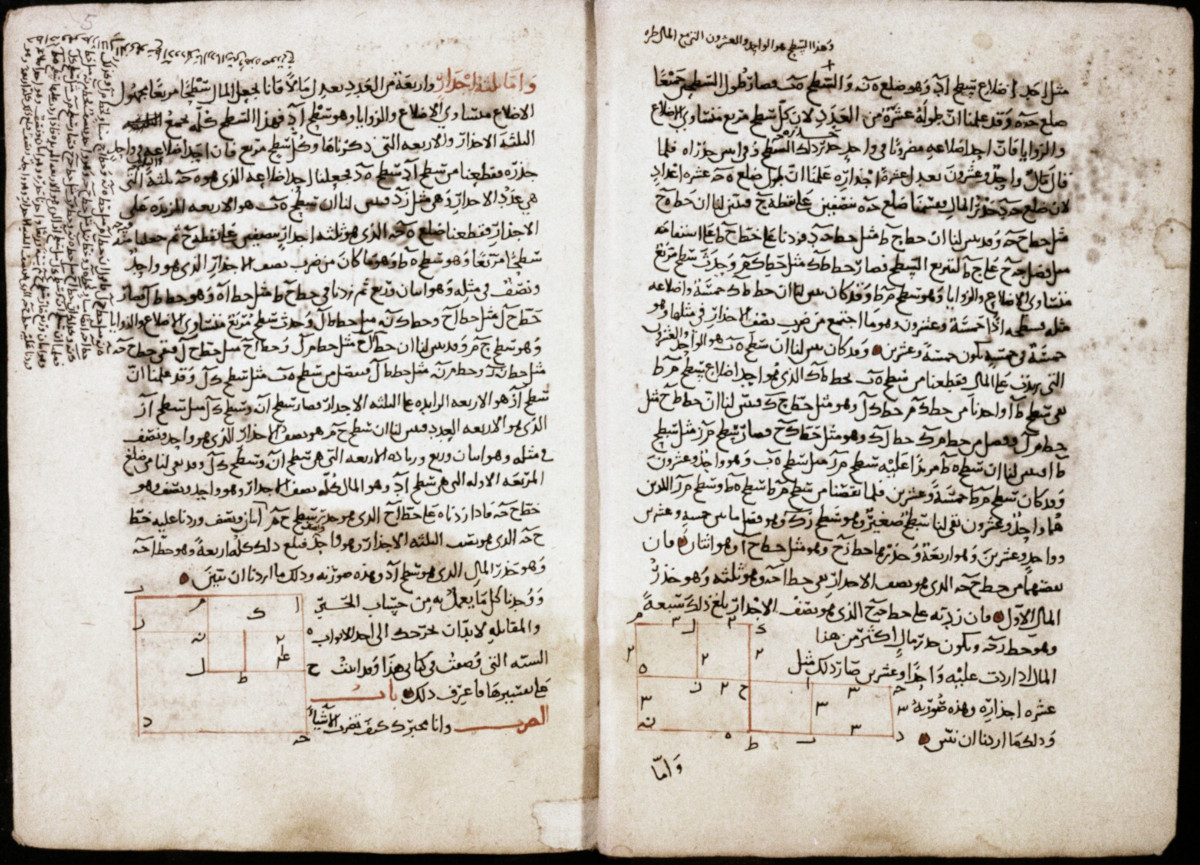 This Month in Astronomical History: November 2020

20 Nov 2020
Each month this series from the AAS Historical Astronomy Division highlights an important discovery or memorable event. In this installment we look at the discovery of the far-flung minor planet Sedna.

This Month in Astronomical History: October 2020

29 Oct 2020
Each month this series from the AAS Historical Astronomy Division highlights an important discovery or memorable event. In this installment we focus on the first published Hertzsprung-Russell diagram.