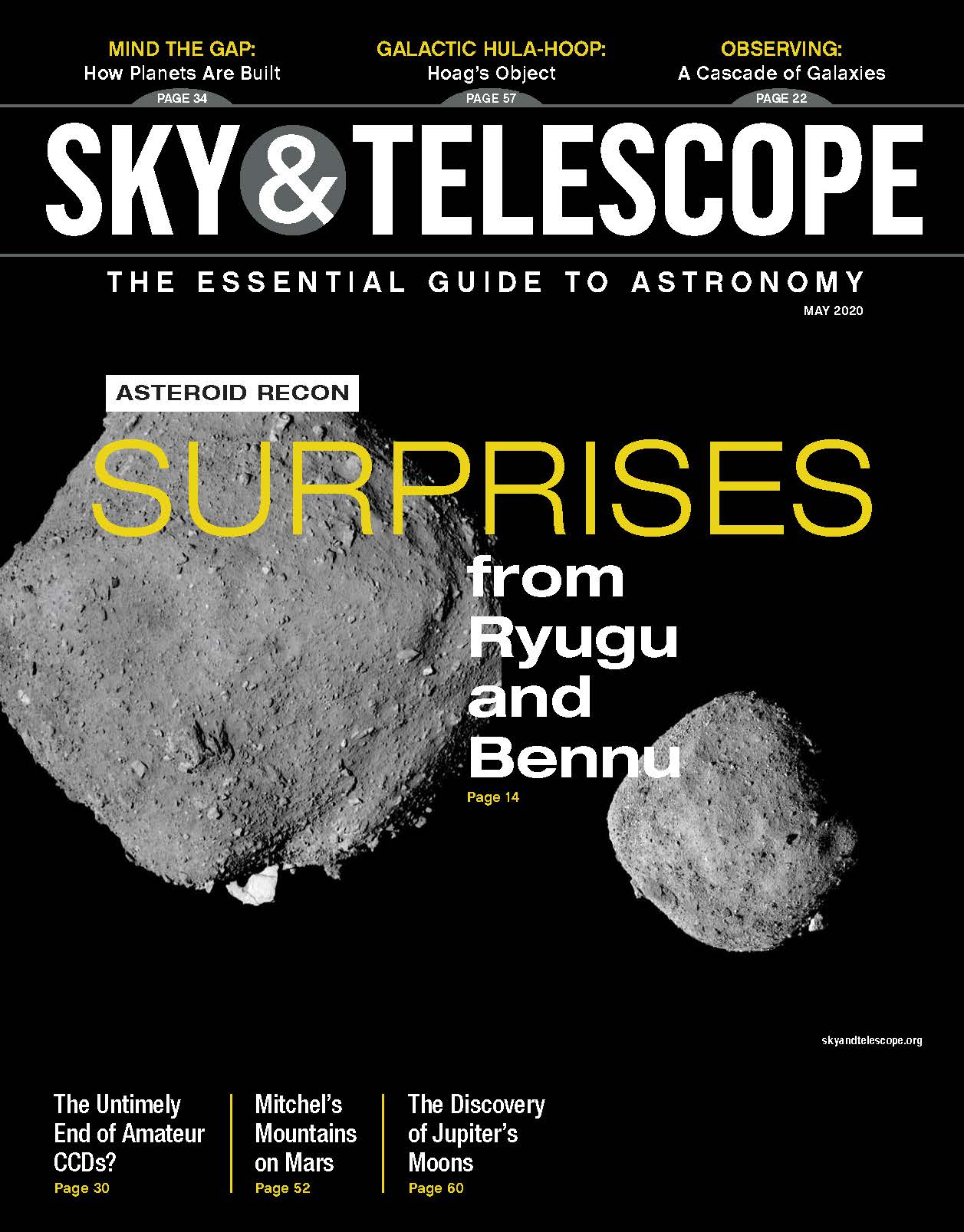 In May’s issue of Sky & Telescope, we explore the rocky surfaces of Ryugu and Bennu and hop through galaxies well-placed for viewing this month. We also watch new star systems form via beautiful images from the ALMA radio array and the SPHEREX instrument, which have changed our ideas about planet formation. New ideas push out old ones in technology too: CCD cameras are heading in the direction of floppy disks and dinosaurs as CMOS cameras prepare to take their place. This month, we have a particularly excellent view of Jupiter and its moons. Galileo saw four Jovian moons in 1610; now, Scott S. Sheppard and his team have reported 82 moons in all. How many have you seen?

Rugged Worlds
The two spacecraft sent to Ryugu and Bennu have unveiled asteroids with formidable surfaces and mysterious histories.
By Camille Carlisle

May’s Galaxy Cascade
Starting in Draco and spilling down into Coma Berenices, May’s night skies offer a delightful string of galaxies that one can peruse from top to bottom.
By Ted Forte

Changing of the Guard
CMOS is set to become the dominant scientific-imaging medium — but is it up to the task?
By Richard S. Wright, Jr.

Revising the Story of Planet Formation
New technology has given astronomers access to the dusty regions where planets are born.
By Megan Ansdell

Seventy-Nine and Counting: Finding Jupiter’s Moons
The discovery of the Jovian satellites enhanced our understanding of the solar system and changed the course of history.
By F. Michael Witkoski

Astrobiology
Read an overview of NASA’s historic, ongoing, and future work in astrobiology, a science with subject matter.

Stellar Nurseries Hang Ten
Learn more about the stellar nurseries traveling along a wave in the Milky Way. 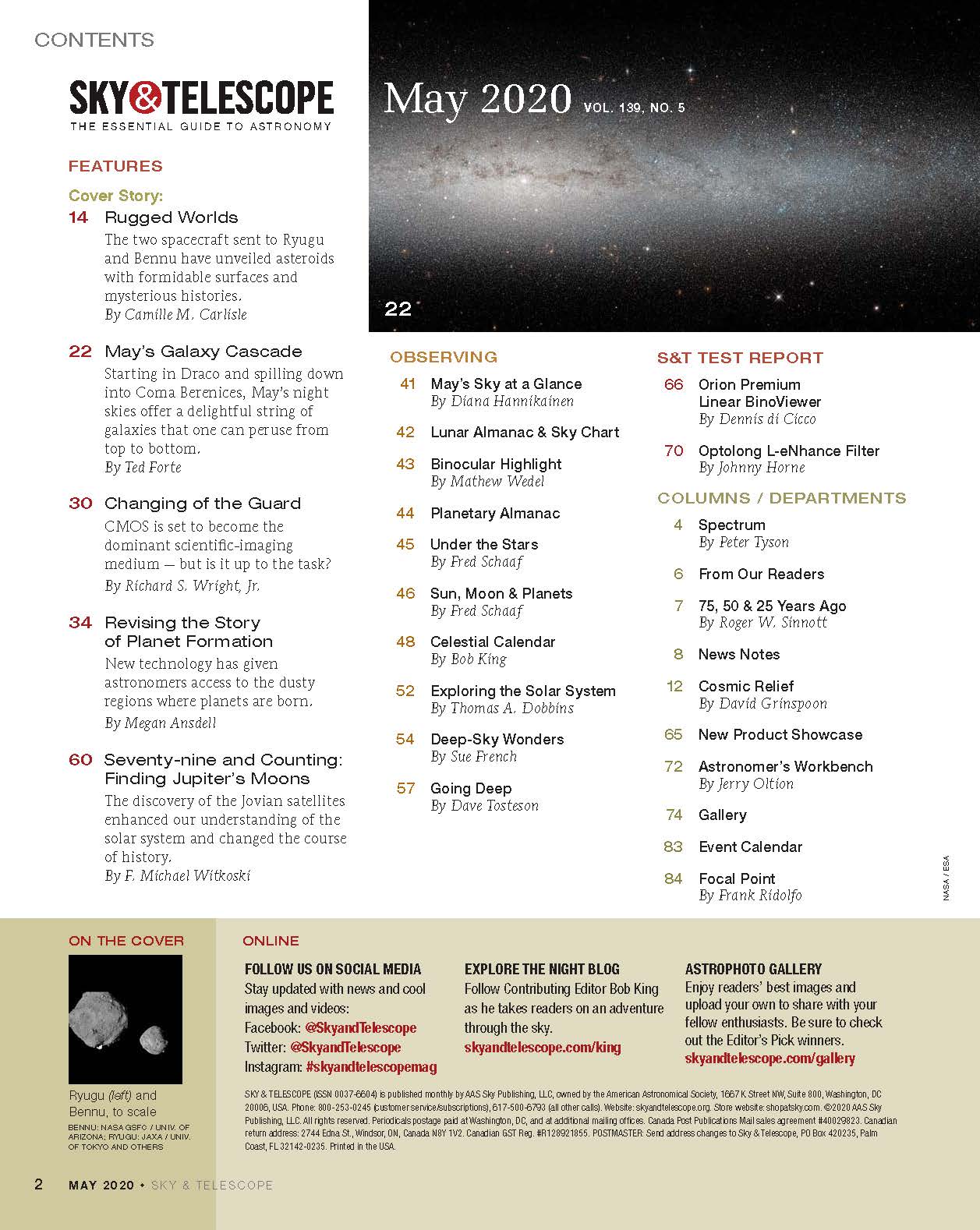 Comet T2 Hits the Big Time
What might prove to be the year’s finest comet is at its best in May.
By Bob King

The Mountains of Mitchel
Glimpse the first discovery made at the oldest major observatory in the United States.
By Thomas A. Dobbins

11 Feb 2020
Find out what's in the March 2020 issue of Sky & Telescope magazine, including a history of explorer and astronomer Captain Cook.

15 Jan 2020
Find out what's in the February 2020 issue of Sky & Telescope magazine, including how to hunt down meteorites, capture incredible nightscapes, discover exoplanets, and build your own spectrograph.