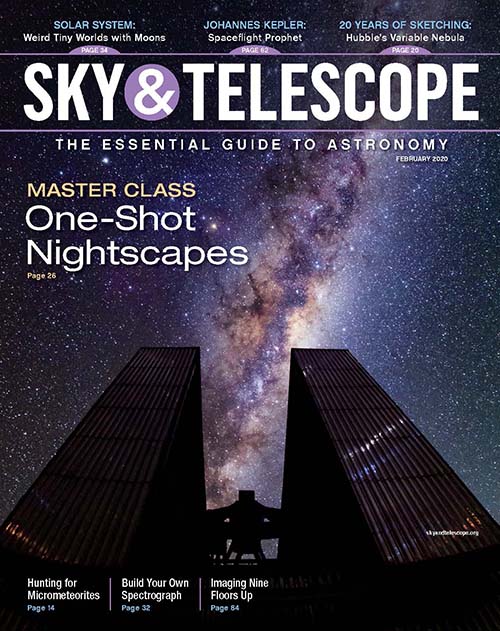 In the February 2020 issue of Sky & Telescope, amateurs hunt down meteorites, teach readers how to capture incredible nightscapes, discover exoplanets, and build their own spectrograph. Author Howard Banich describes his quest to visually track and sketch the changes in NGC 2261, or Hubble’s Variable Nebula, every night. Soon, observers will also be able to also see Comet Pan-STARRS (C/2017 T2), which will be visible in even small telescopes by February. Join Bob King as he instructs readers on where to find it. Speaking of the solar system’s smaller worlds, scientists have discovered that many of them are double worlds known as contact binaries. We detail what scientists have learned about these connected bodies from when they were first hypothesized in the 1970s up until New Horizons captured an image of Arrokoth during the first morning of 2019. Then take a look back in time (and to the future) with Johannes Kepler. Did you know Kepler wrote science fiction? Well, it’s fiction no longer. We feature his Somnium and its prophetic description of space travel. Finally, learn how to capture images of the night sky from city balconies — no, it’s not impossible!

Shooting “Deepscapes”
Here’s how to capture striking nightscapes with deep-sky objects in a single exposure.
By Babak Tafreshi

Binary Worlds
The solar system’s surprising variety of binary objects is helping us understand the birth of planetary systems.
By Jeff Hecht

Dwarf Carbon Stars
Stars that shouldn’t even exist may soon offer new clues to the galaxy’s birth.
By Ken Croswell

CD and DVD Solar Spectrograph
Visit Joe Gerencher’s website to learn more about how to build your own spectrograph.

Hubble’s Variable Nebula Animation
Look through the eyes of Edwin Hubble and watch as the nebula he studied, NGC 2261, shifts and changes.

Results from Voyager 2
Learn more about Voyager 2 and its findings past the edge of our solar system.

The End of a Half-Century of Stargazing
Join us in reminiscing about the RTMC Astronomy Expo as it falls into retirement. 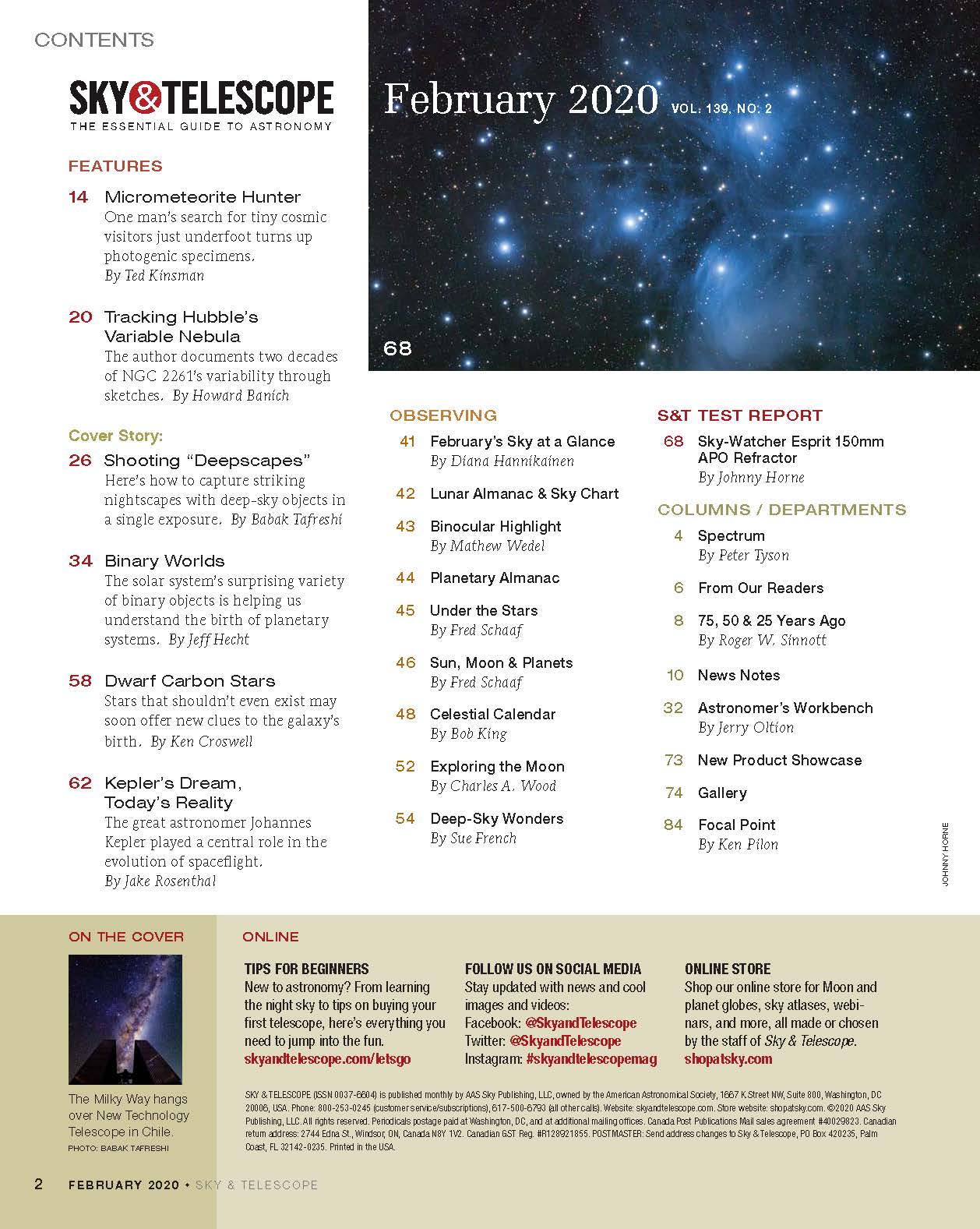 A Month for Open Clusters
February’s night sky is awash with sparkling targets.
By Fred Schaaf

Five Ecliptic Crossings
All five bright planets arrive at either ascending or descending node this month, but the highlight for some lucky viewers might be the Moon’s occultation of Mars.
By Fred Schaaf

Comet on the Move
Viewers in the Northern Hemisphere have ample opportunities to spot a comet high in the northwestern sky.
By Bob King