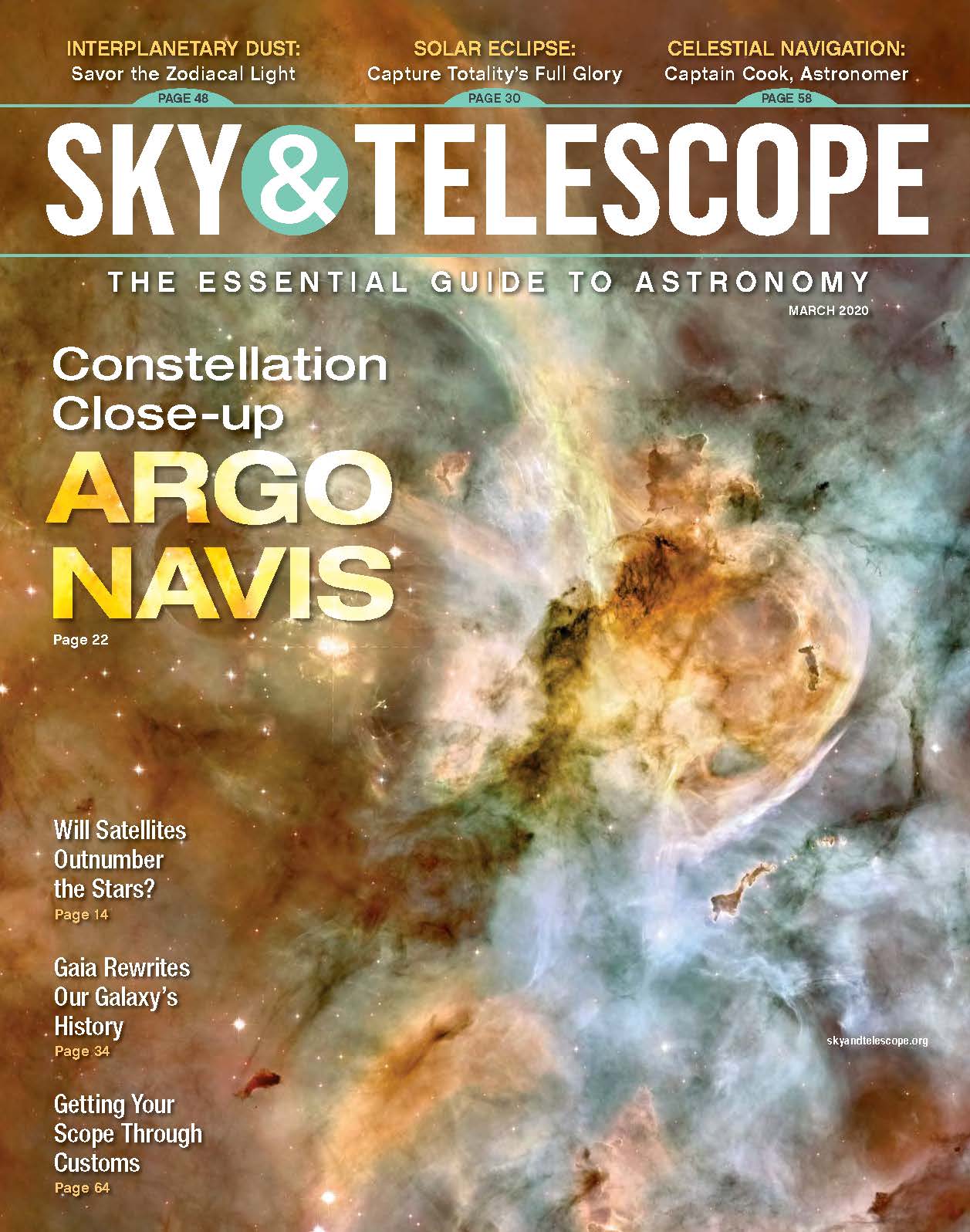 In the March 2020 issue of Sky & Telescope, News Editor Monica Young covers the controversy and the facts on planned megaconstellations, which will put tens of thousands of satellites into low-Earth orbit. The effects on rural stargazers and research astronomy could be profound. Step from controversy to history with Tony Flanders's take on the Argo Navis constellation. Only pieces of it survive today, but they're worth exploring. Another explorer, Captain James Cook, used astronomy to navigate our planet. Ted Rafferty details how astronomy was integral to Cook’s career. But while Cook freely traveled the world with his equipment, today we have to deal with a lot of red tape. Before you plan your next trip through customs, read Dave Dickinson’s guide to making sure your scope makes it past the boarder. Speaking of travel, if you’re planning to jump aboard an upcoming eclipse tour and want to document your unbelievable experience with totality, read Sean Walker’s guide to capturing stunning solar coronas with high-dynamic-range (HDR) imaging. And speaking of imaging, the AAS's own Rick Fienberg reviews Stellina, a fully integrated digital astrophotography system designed to bring the universe to the masses. Read S&T Test Report to find out whether Stellina delivers on its promise.

The New Space Race
Throngs of satellites being launched into low-Earth orbit could affect everyone from backyard stargazers to professional astronomers.
By Monica Young

Torrents of the Milky Way
Gaia spacecraft data are unveiling the Milky Way’s tumultuous past.
By Shannon Hall

Getting Your Scope Through Customs
Plan a successful observing or astrophotography trip to a far-flung corner of the world.
By David Dickinson

What Countries Allow Through Customs (or not)
Make sure to look at the TSA’s list of what you’re allowed to import and export for each country before you plan your next observing or astrophotography trip.

Astronomy Clubs at Home and Abroad
See our list of astronomy clubs from around the world.

Here’s Where to Store Your Spectra Data
A new database from the American Association of Variable Star Observers enables astronomers to store data from any variable object in the sky. 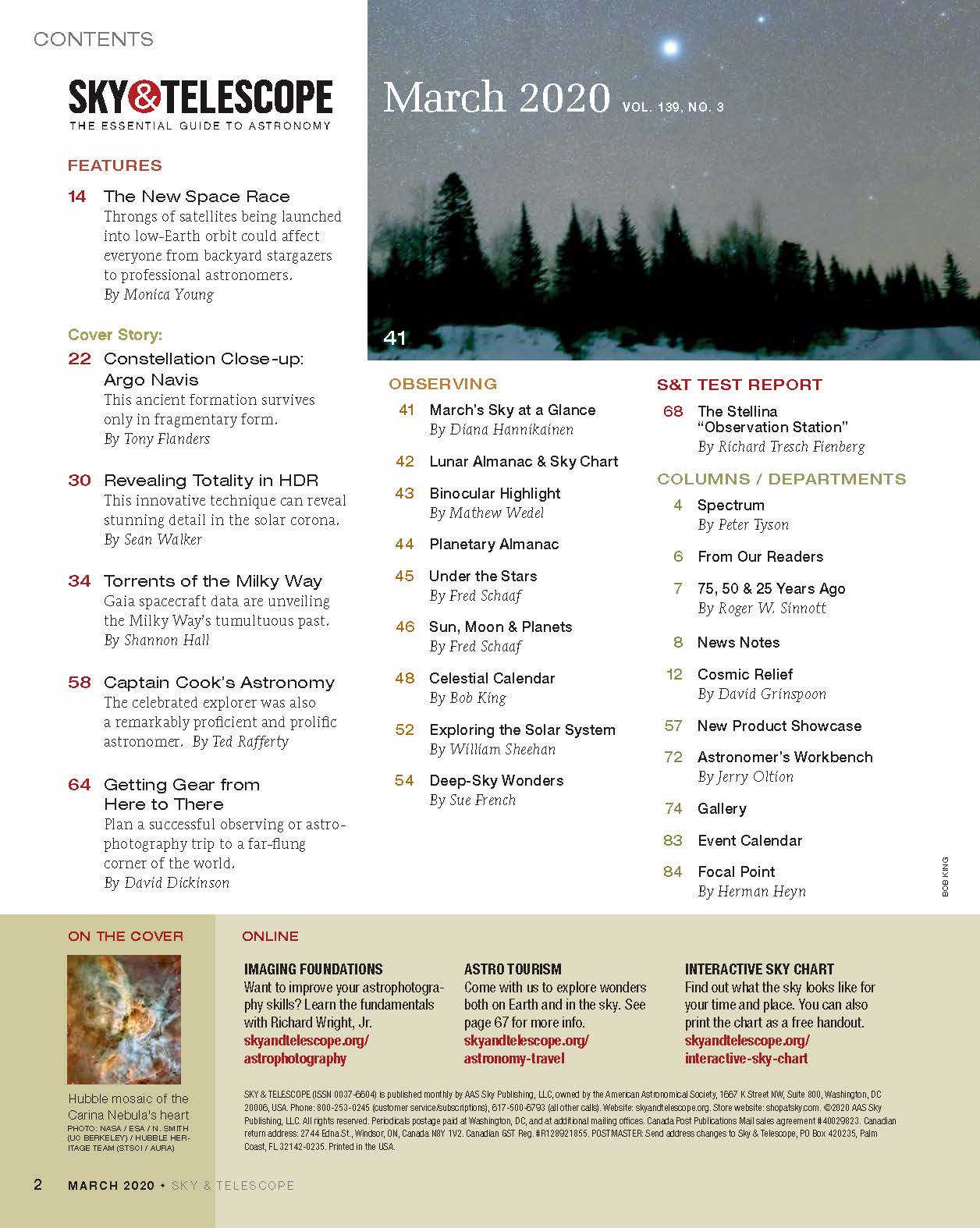 Starts with Z
Find a dark spot away from city lights and look toward the western horizon after sunset to see a pillar of ethereal light.
By Bob King

The Twins of Jove
Westernmost Gemini harbors a great variety of nebulae and clusters.
By Sue French

15 Jan 2020
Find out what's in the February 2020 issue of Sky & Telescope magazine, including how to hunt down meteorites, capture incredible nightscapes, discover exoplanets, and build your own spectrograph.