At the 50th annual meeting of its Division for Planetary Sciences (DPS) in Knoxville, Tennessee, the American Astronomical Society (AAS) today premiered a visualization of the voyage of NASA’s New Horizons mission to Pluto and beyond. The 2-minute video, prepared using the AAS’s WorldWide Telescope “Universe Information System,” was unveiled coincident with a DPS press conference during which members of the New Horizons science team previewed the New Year’s Eve/Day 2019 flyby of Kuiper Belt object 2014 MU69, nicknamed Ultima Thule. 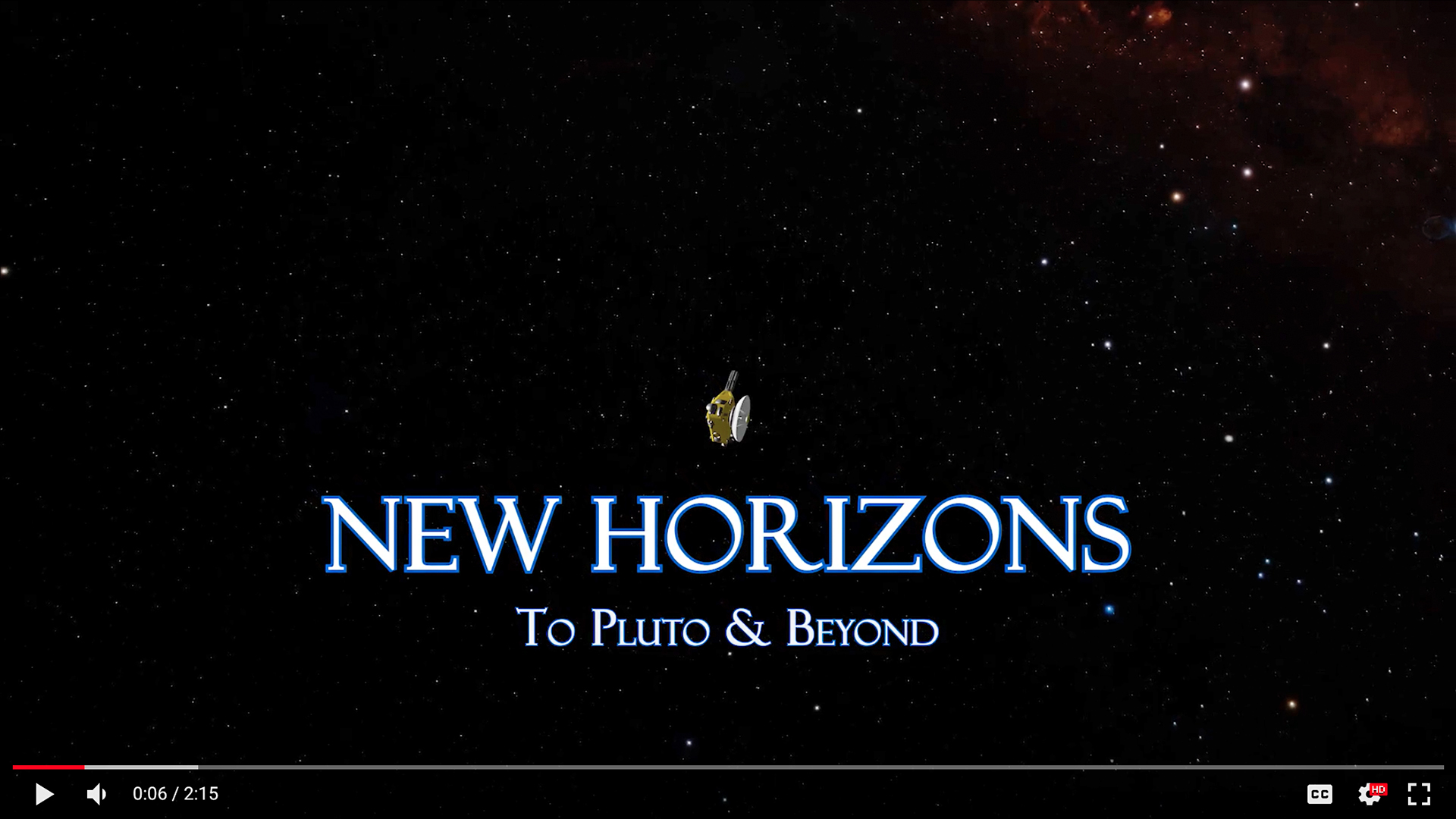 WorldWide Telescope (WWT) allows users to retrieve and share astronomical data using an interface that resembles either the sky or a 3-D view of our universe. It connects to a wealth of online data and is a helpful tool for researchers due to its ability to fluidly connect celestial images to each other and to the scientific literature. It’s also a rich resource for educators and outreach professionals, given the many opportunities it offers for new ways to learn and communicate about the universe — as the New Horizons visualization vividly demonstrates.

WWT power user A. David Weigel (Christenberry Planetarium, Samford University) created the video with assistance from members of the AAS Publishing and WWT development teams. The visualization tracks the flight of New Horizons from its January 2006 launch through its February 2007 flyby of Jupiter — where the spacecraft received a gravity assist from the giant planet — through its historic July 2015 encounter with the Pluto system, and out to Ultima Thule in the Kuiper Belt, a realm of dwarf planets and smaller rocky or icy bodies similar to asteroids or comets. Scientists think Ultima Thule is among the most primitive objects in the solar system, a leftover planetary building block. It orbits the Sun a billion miles beyond Pluto, which is itself 3 billion miles from Earth.

Thule was a mythical, far-northern island in medieval literature and cartography. Ultima Thule means “beyond Thule” — beyond the borders of the known world. That’s appropriate for New Horizons, which, on 1 January 2019, will undertake the farthest exploration in history.

View/download “New Horizons: To Pluto & Beyond”

The American Astronomical Society (AAS), established in 1899, is the major organization of professional astronomers in North America. The membership (approx. 8,000) also includes physicists, mathematicians, geologists, engineers, and others whose research interests lie within the broad spectrum of subjects now comprising contemporary astronomy. The mission of the American Astronomical Society is to enhance and share humanity’s scientific understanding of the universe, which it achieves through publishing, meeting organization, education and outreach, and training and professional development.