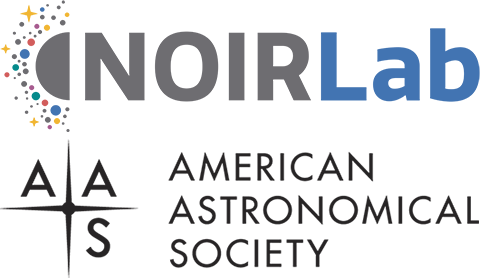 On Tuesday, 25 August, astronomers will release the final report from the Satellite Constellations 1 (SATCON1) workshop during a virtual press conference hosted by the National Science Foundation’s NOIRLab and the American Astronomical Society (AAS). The briefing, to be conducted via Zoom, will begin at 2:00 pm US Eastern Daylight Time (18:00 UTC) and last 1 hour. Registration instructions appear below.

When SpaceX began launching clusters of 60 Starlink satellites in May 2019, astronomers reacted with alarm. Not only are the Starlink satellites brighter than anyone expected, but there could be tens of thousands more like them as companies in the rapidly growing commercial space industry strive to provide satellite-based communication services to underserved and remote areas. Constellations of bright satellites in low Earth orbit will fundamentally change ground-based optical and infrared astronomy and could impact the appearance of the night sky for stargazers worldwide.

SATCON1 gathered more than 250 astronomers, satellite operators, dark-sky advocates, and other stakeholders to discuss, understand, and quantify the astronomical impacts of large satellite constellations. The workshop report features two findings, ten recommendations, and four technical summaries and will be released to the public at the start of the briefing.

Briefing participants include the following:

To register, go to http://bit.ly/satcon1. Upon approval, you will receive an email with instructions on how to connect via Zoom. The deadline to register is 12 pm EDT (16:00 UTC) on Tuesday, 25 August.

Register for the SATCON1 Briefing

Space at the press conference is limited. If we are not able to accommodate you on Zoom, you may watch the briefing live-streamed on the AAS Press Office YouTube channel, but you will not be able to ask questions.

See also NOIRLab's version of this media advisory for an image of multiple Starlink satellite trails captured by a large astronomical telescope in Chile.

NSF’s National Optical-Infrared Astronomy Research Laboratory (NOIRLab), the US center for ground-based optical-infrared astronomy, operates the international Gemini Observatory (a facility of NSF, NRC–Canada, ANID–Chile, MCTIC–Brazil, MINCyT–Argentina, and KASI–Republic of Korea), Kitt Peak National Observatory (KPNO), Cerro Tololo Inter-American Observatory (CTIO), the Community Science and Data Center (CSDC), and the Vera C. Rubin Observatory. It is managed by the Association of Universities for Research in Astronomy (AURA) under a cooperative agreement with NSF and is headquartered in Tucson, Arizona. The astronomical community is honored to have the opportunity to conduct astronomical research on Iolkam Du’ag (Kitt Peak) in Arizona, on Maunakea in Hawaiʻi, and on Cerro Tololo and Cerro Pachón in Chile. We recognize and acknowledge the very significant cultural role and reverence that these sites have to the Tohono O’odham Nation, to the Native Hawaiian community, and to the local communities in Chile, respectively.

The SATCON1 workshop was supported by the National Science Foundation (NSF).