The Gaia collaboration, which is responsible for the spacecraft that is currently building the largest and most precise three-dimensional map of our galaxy, will receive the 2023 Lancelot M. Berkeley − New York Community Trust Prize for Meritorious Work in Astronomy. Bestowed annually since 2011 by the American Astronomical Society (AAS) and supported by a grant from the New York Community Trust, the Berkeley prize includes a monetary award and an invitation to give the closing plenary lecture at the AAS winter meeting, often called the “Super Bowl of Astronomy.” The 241st AAS meeting will be held in Seattle, Washington, from 8 to 12 January 2023. 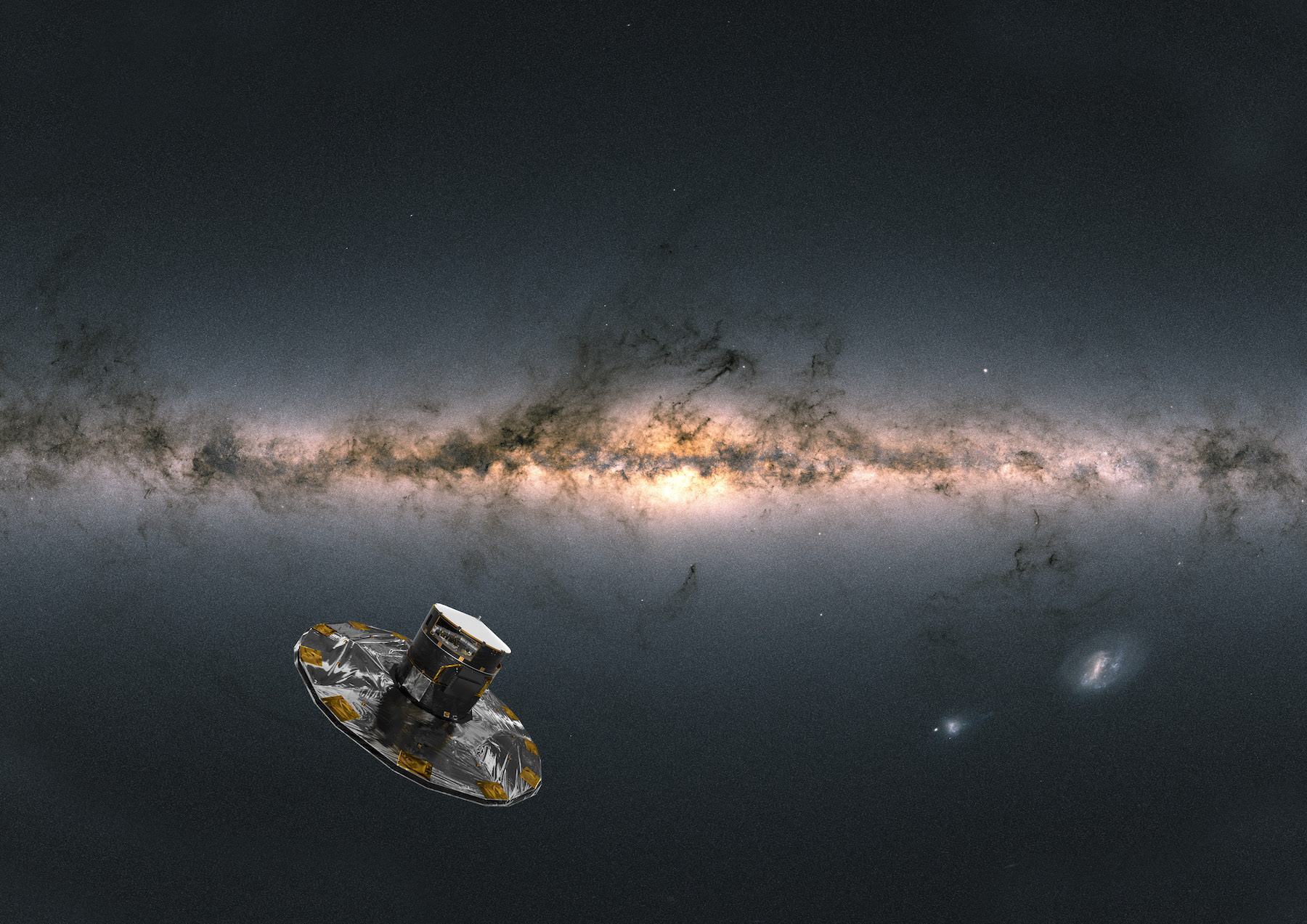 The Gaia collaboration is being honored with the 2023 Berkeley prize for enabling a transformative, multidimensional map of the Milky Way. Since its launch in 2013, the European Space Agency’s Gaia space telescope has recorded stellar positions, distances, colors, and proper motions for nearly two billion stars in our galaxy. According to the prize statement, “Gaia’s three data releases will long be regarded as major events in the history of astronomy, triggering a global partnership to better understand the origin, structure, and destiny of our home galaxy.”

Each year the three AAS Vice Presidents, in consultation with the Editor in Chief of the AAS journals, select the Berkeley prize winner for meritorious research published within the preceding 12 months. The Gaia team is recognized in particular for an article published in Astronomy & Astrophysics in May 2021 describing the early contents and survey properties behind the Gaia mission’s most recent data release.

Gaia’s full third data release, which was welcomed worldwide on 13 June 2022, was accompanied by nearly 50 scientific articles by the Gaia collaboration. Reflective of the mission’s impact on the science of astronomy, this immense body of work includes the highest cited papers in all of astronomy over the past year.

“The AAS and the New York Community Trust send our gratitude and congratulations to the many hundreds of scientists, engineers, and program/technical/support personnel at the European Space Agency and far beyond for bringing this transformative mission to life. Gaia will forever remain a landmark achievement in humanity’s story of cosmic exploration,” the AAS Vice Presidents commented in a statement.

The Gaia data catalogs are produced by the Gaia Data Processing and Analysis Consortium (DPAC), a collaboration that consists of hundreds of scientists and engineers from around the world. The Berkeley Prize will be accepted on behalf of the Gaia collaboration by Anthony Brown (Leiden Observatory), Chair of the DPAC Executive, and he will give the prize lecture on Thursday afternoon, 12 January 2023, at the Seattle Convention Center.