Each month as part of this series from the AAS Historical Astronomy Division (HAD), an important discovery or memorable event in the history of astronomy will be highlighted. This month's author, Alan Agrawal, writes about the discovery of helium. Interested in writing a short (500-word) column? Instructions along with previous history columns are available on the HAD web page.

The Discovery of Helium

During the 18 August 1868 solar eclipse, British astronomer Norman Pogson (Fig 1a) made several interesting observations from Masulipatam, India. Pogson‘s most important scientific instrument for this event was a spectroscope he had obtained from William Huggins. This he used with a 5-foot Dollond telescope having a 4-inch objective with the optical tube on an equatorial mount made by Cooke and Sons. During the eclipse after placing the slit of the spectroscope on a prominence, he saw several emission lines including a yellow line, the third brightest of five lines visible to him, that “must have been either coincident with, or very near the location of the sodium line D.”1 His recognition and subsequent publication indicating that this line may not have coincided with the sodium line demonstrated his excellence as a careful observer. Also notable during this eclipse is that Pogson was the first to discover the green emission line from highly ionized iron in the corona, long before Charles Young, who is usually given recognition.

Other astronomers traveled to this eclipse. French Astronomer Jules Janssen (Fig 1b), observing from Guntur, India, noted the presence of a yellow line among “five or six” emission lines from a prominence, but did not indicate the specific positions of any of the lines.2 The other principal observers of this eclipse, John Herschel, James Tennant, and Georges Rayet felt there was a line (yellow-orange) coincident with the sodium D line (Fig 2a). While in India, after the eclipse Janssen developed a method to use the spectroscope to visualize emission lines in prominences without the need for a solar eclipse. He later added a second slit to his spectroscope and created the first spectrohelioscope.3

In England, British astronomer Norman Lockyer (Fig 1c) received preliminary reports of observations of the solar eclipse that had been cabled back. He learned that emission lines were seen for the first time in solar prominences, confirming that the prominences were indeed incandescent gas. At that time he was anxiously awaiting a high-quality Browning spectroscope, and it arrived finally in the middle of October of 1868 (Fig 2b). Without the need for an eclipse, Lockyer was able to use his new spectroscope to see the emission lines in prominences, including the line at or near the sodium D line. On October 26th, the French Academie des Sciences received word almost simultaneously from both Lockyer and Janssen about their independent discoveries of spectroscopic methods enabling examination of prominences in the absence of an eclipse. The Academie awarded a medal to both for the development of these methods, but neither astronomer had singled out any special importance to the yellow emission line in these reports.

Lockyer was not convinced that the line he was seeing was separate from the sodium D line until 15 November 1868, and Jules Janssen was not persuaded of the same until mid-December that year. Lockyer began calling the line the new D line, then the D3 line (Fig 3), and after many further observations and investigations became convinced that this line represented a new element, and started calling it helium. The element helium was discovered on Earth only in 1895, in the mineral cleveite, a uranium ore.

The observations made during the solar eclipse of August 1868 and the further studies of the Sun in subsequent months resulted in discoveries that are major landmarks in the history of astronomy. These include the discovery that prominences are incandescent gas, Lockyer’s and Janssen’s independent discoveries of spectroscopic methods to examine solar prominences outside times of an eclipse, Janssen’s invention of the spectrohelioscope, the discovery of the chromosphere by Lockyer, the discovery of emission lines in the corona, and the discovery of polarized light from the corona, indicating that it gives off predominantly reflected light. It took almost three decades to prove that helium existed after its emission line was first seen, but during this remarkable stretch of time, the grand doors to solar physics were flung wide open.

Fig. 2: (2a) Summary of spectral lines observed in solar prominences during the 1868 eclipse by several observers, from the author’s copy of Normal Lockyer’s The Sun’s Place in Nature4. (2b) The brass 7 Prism Browning Spectroscope thought to have been used by Lockyer in 1868. Note the use of multiple prisms to increase dispersion and resolving power. From The Science Museum Group (license: https://creativecommons.org/licenses/by-nc-sa/4.0/) 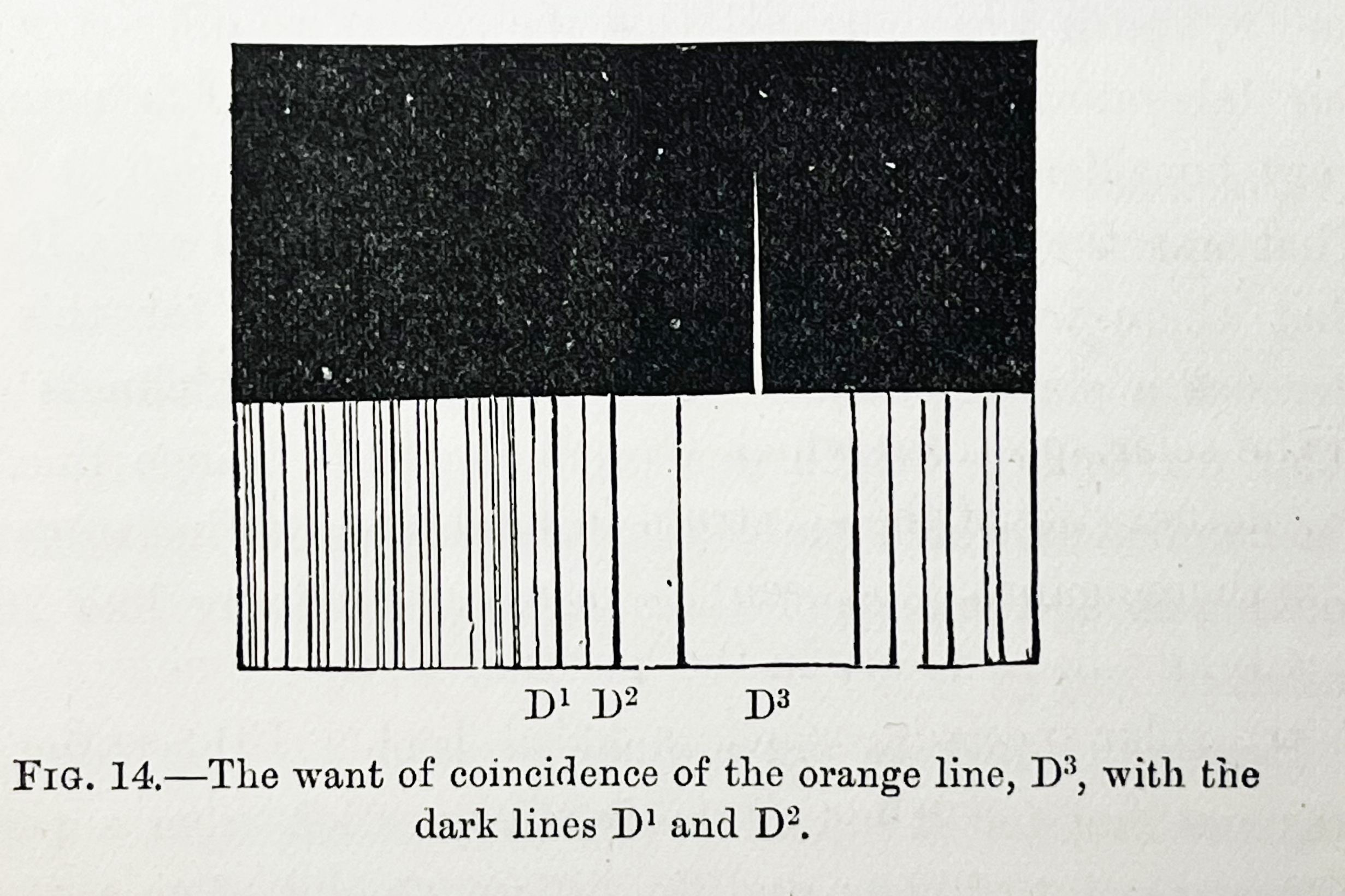 Fig. 3: Spectroscope line D3 (from Helium) in relation to lines D1 and D2 (from sodium), from the author’s copy of Normal Lockyer’s The Sun’s Place in Nature4.

This Month in Astronomical History: July 2022

1 Aug 2022
In this column from the AAS Historical Astronomy Division, Aneka Kazlyna writes about the publication of Sir Isaac Newton’s Principia Mathematica.