August 2022 Issue of Physics Today Is Online & in the Mail 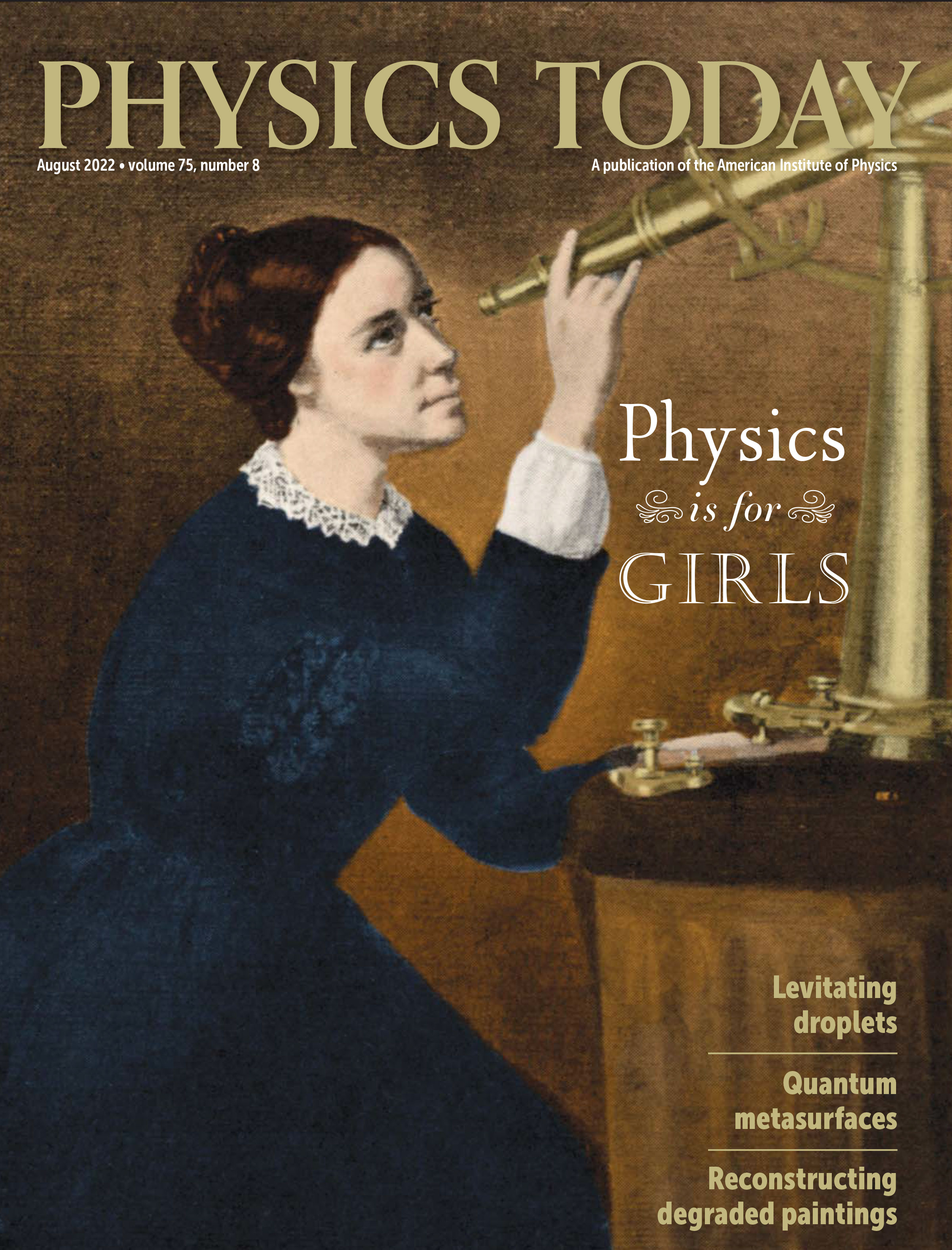 Physics … Is for Girls?
Contrary to modern stereotypes, the laws of the natural world used to be considered a fundamental part of young women’s education. — Joanna Behrman

Einstein Would Be Doubly Amazed
Quantum-correlated light embodies all the weirdness of quantum physics. Now it is being used to aid in the observation of another exotic phenomenon: gravitational waves. — Roman Schnabel

Clean Hydrogen Edges toward Competitiveness
States and regions around the US are readying their bids to host centers for hydrogen production, distribution, and end uses. — David Kramer

College Instructors Adapt Their Teaching to Prevent Cheating
Pressures, isolation, and the temptation of easy online answers are changing why and how students cheat. — Toni Feder

July 2022 Issue of Physics Today Is Online & in the Mail

7 Jul 2022
Most AAS members receive the magazine Physics Today, published by the American Institute of Physics, as a membership benefit. The July issue is now en route to subscribers' mailboxes and can be accessed online.