July 2022 Issue of Physics Today Is Online & in the Mail 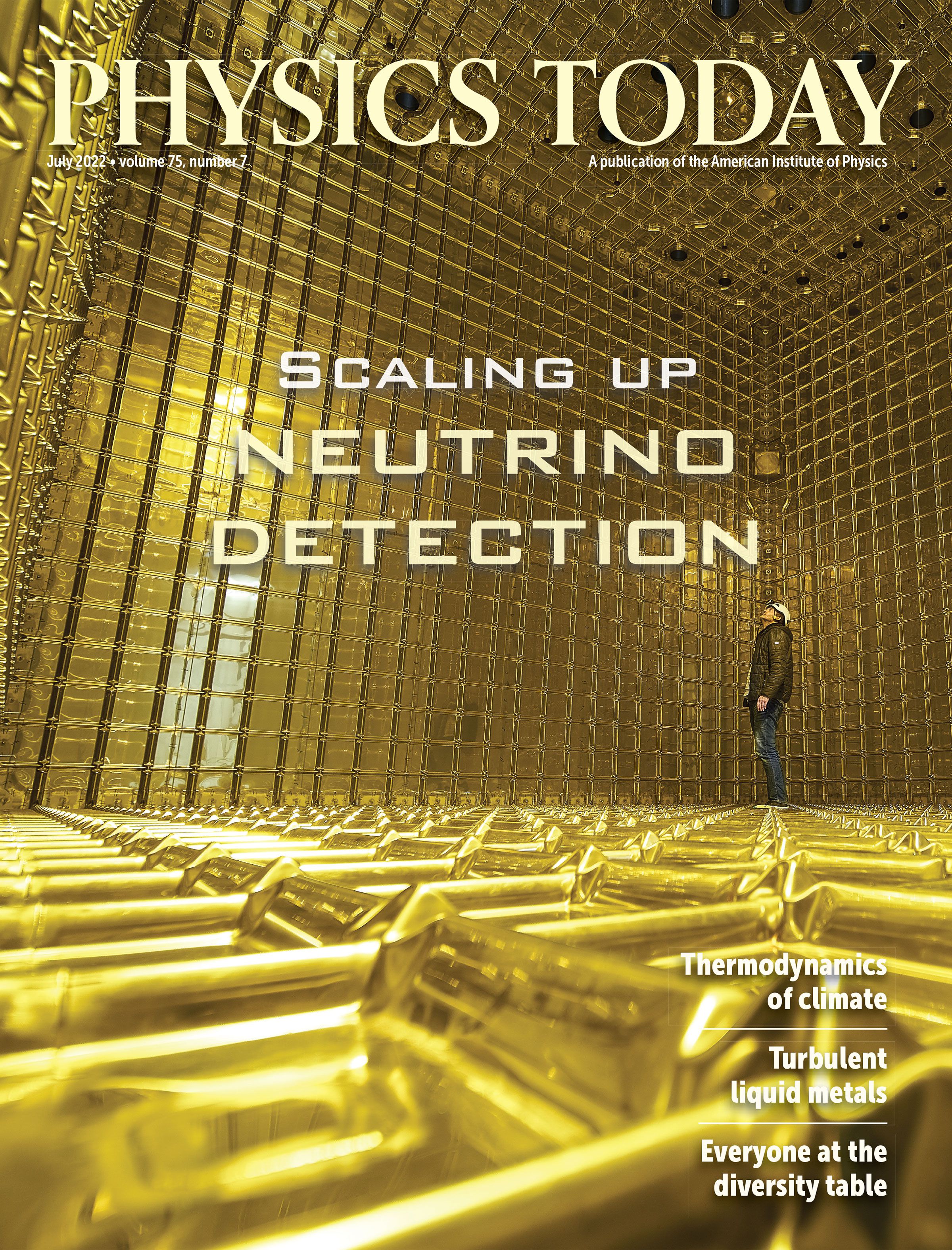 Thermodynamics of the Climate System
To understand Earth’s climate, think of it as a giant, planetary-scale heat engine that drives the circulation of the oceans and atmosphere. — Martin S. Singh and Morgan E O’Neill

A. V. Hill: The Man Behind the Initials
The Nobel Prize winner was one of the founders of biophysics. He also helped rescue thousands of academics from Nazi-dominated Europe and contributed significantly to UK defense efforts in World War II. — Andrew Brown

Building a Ship in a Bottle for Neutrino Science
In a former gold mine in South Dakota, an international particle-physics experiment will delve into the unexplained matter–antimatter imbalance that gave rise to the universe. — Anne Heavey

Groundwater Flows Deep Under Antarctic Ice
Ice-dynamics models must be updated now that researchers have observed a thick layer of salty water in sediments beneath the West Antarctic Ice Sheet. — Alex Lopatka

Whatever Happened to Cellulosic Ethanol?
Technological immaturity, falling oil prices, overoptimistic investors, and regulatory uncertainty are blamed for the failure of a promising biofuel technology to perform as hoped. — David Kramer

June 2022 Issue of Physics Today Is Online & in the Mail

1 Jun 2022
Most AAS members receive the magazine Physics Today, published by the American Institute of Physics, as a membership benefit. The June issue is now en route to subscribers' mailboxes and can be accessed online.