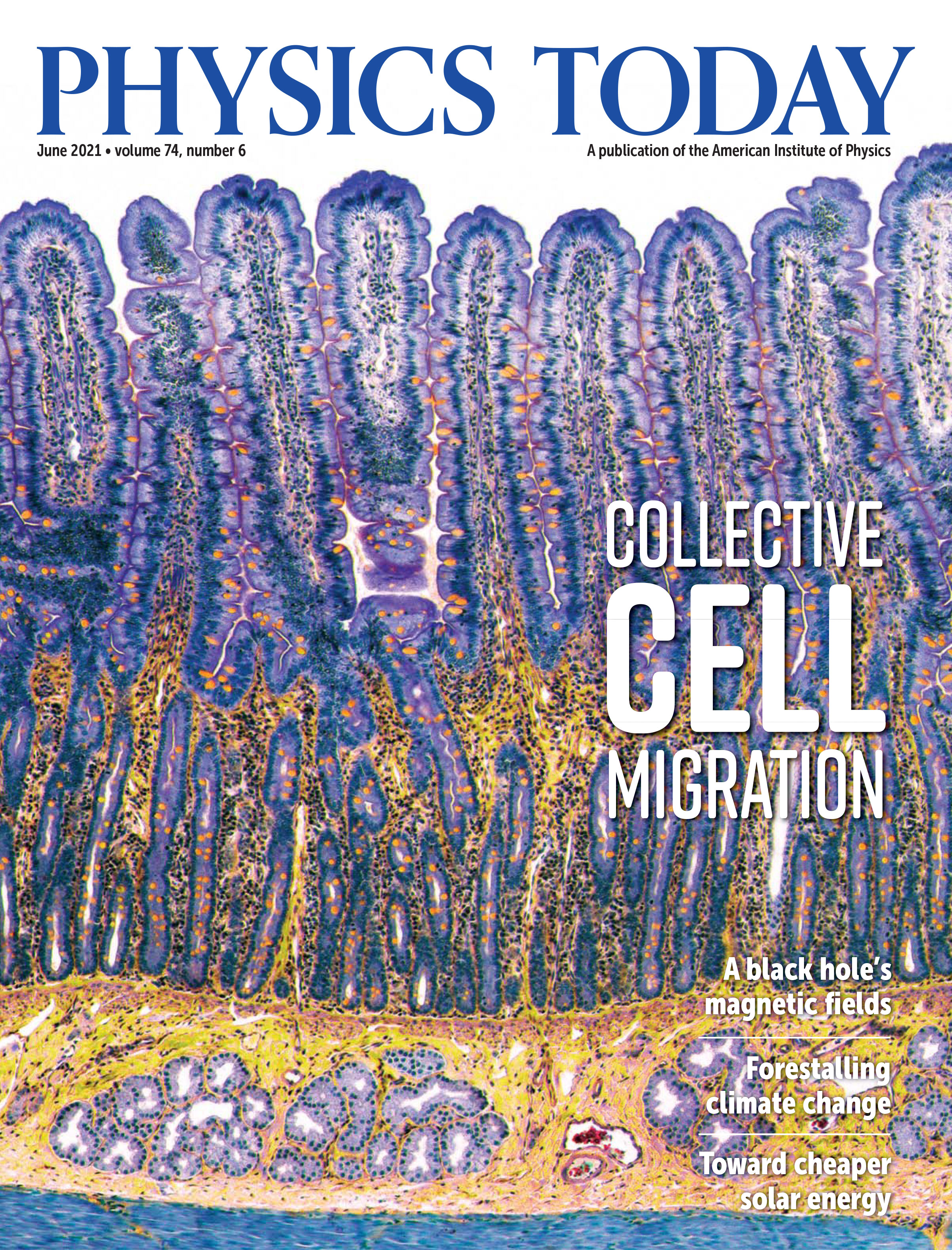 Drops in Cells
Liquid droplets act as microreactors. Can they also serve as a control mechanism for cellular biochemistry? — Christoph Weber & Christoph Zechner

Muon Measurements Embolden the Search for New Physics
Evidence is mounting that the value of the particle’s anomalous magnetic moment cannot be predicted by the best-available theory. — Christine Middleton

The Air We Breathe in a Car
Your typical commute hides complex fluid-dynamical pathways of disease transmission. Where you sit and the windows you open could heighten or suppress the risk of airborne infection. — Varghese Mathai

3 May 2021
Most AAS members receive the magazine Physics Today as a membership benefit. The May issue is now en route to subscribers' mailboxes and can be accessed online.