Apollo 11 for Here and Now

In July, during the celebration of the 50th anniversary of the Apollo 11 Moon landing, I watched the engaging three-part documentary “Chasing the Moon,” broadcast on PBS’s American Experience program and now available for streaming. It was a delight. Anyone with a whit of interest in what is arguably one of the greatest accomplishments of humankind would be well served investing a few hours to watch this well-made documentary on the Apollo 11 mission and the events leading up to it.

The film captures the impact, controversy, and humanity of the effort to fulfill President Kennedy’s goal of landing humans on the Moon and returning them safely to Earth during the 1960s. We did it. It wasn’t easy, it wasn’t cheap, and it wasn’t without controversy. But looking at it now, abstractly, appreciating it for its shear audacity, it is nothing short of incredible and overwhelming. I was born in 1967, just two years before the July 1969 landing, but I clearly remember later Apollo missions, which I watched with bated breath with my parents until the lunar-landing program ended in the early 1970s, much to my disappointment.

But what an amazing accomplishment! We primates — evolved from our ancestors on the plains of Africa millennia ago — managed to escape the confines of our home world. We successfully sent a few of our own to another celestial object and brought them home safely. Even if it was the closest celestial object, our Moon, it was still amazing. We landed and returned from a place without air, water, safety, or sustenance — a place of “magnificent desolation” more remote than anyplace we had been before. From a cosmic perspective it was merely a baby step, but from our perspective as humans, it was a giant leap for all mankind, just as Neil Armstrong said as he stepped off the lunar module onto the lunar surface. Watching his and Buzz Aldrin’s descent down the ladder to the lunar surface again brought tears to my eyes. The audacity and risk of the endeavor is simply overwhelming.

What comes across clearly, strongly, and powerfully while watching this documentary is the fact that the goal of landing on the Moon had a huge impact on the people working for NASA as well as on the public in the US and worldwide. No peaceful effort undertaken by humans before ever rose to the impact the lunar-landing goal had. Hundreds of thousands of people worked tirelessly, focused on a clear goal — a goal potentially unattainable — and accomplished it, affecting billions around the planet. Ignoring the cost, the sheer audacity of the goal is overwhelming. Go to the Moon and return? Are you crazy? That’s impossible! But we did it, and, looking at the cost, it really wasn’t that much. We managed to commit the necessary resources and accomplish something epic. And there’s a lesson we need to remember and appreciate: We can accomplish epic, nearly impossible goals.

Space exploration is still exciting, but no humans have ventured beyond low Earth orbit in nearly 50 years. One recent advancement is the growth of commercial spaceflight. Watching SpaceX launch a Tesla automobile with their heavy-lift rocket was nearly as inspiring as re-watching the Saturn V launches that led us to the Moon, if a bit cheekier. Other companies aim to take people to space regularly, making spaceflight something for many, not just the few. But is space travel the biggest challenge we face today? No, space is attainable. What represents a true challenge, a real challenge to our species today? What is the highest priority area for our resources today? 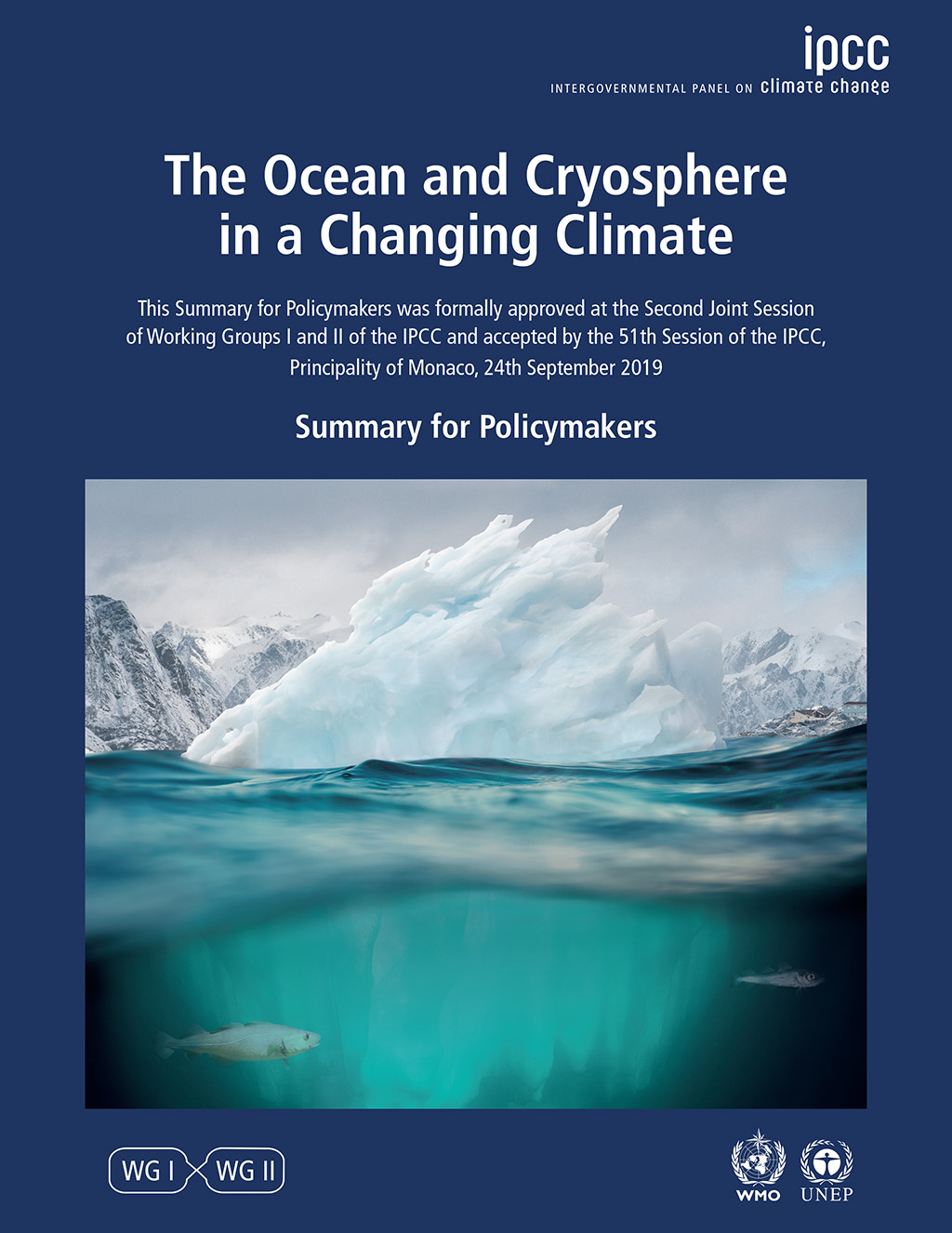 Clearly it is the impact we ourselves are having on our planet. It is climate change. It is the degradation of natural resources. It is the growth of our own population. It is all of these things.

And yet, our approach to the greatest challenge we have ever faced — the potential end of the conditions that have sustained our evolution and growth as a species — is to take nearly no action. Despite our knowledge of the scientific fact that our activities directly cause increasing concentrations of carbon dioxide in our atmosphere and the related increasing temperatures along with other impacts, we do nearly nothing. Yet we must. This is our Apollo 11 today.

Although President Kennedy’s goal was to land people on the Moon and return them safely, there was no existential threat if we failed in reaching his audacious goal. We accomplished the goal, but only the astronauts risked their lives to achieve it. Unfortunately for us and for our children, if we do not make efforts to address the challenge of climate change, we risk all of our lives. Indeed, we risk the very existence of our species. The stakes could not be higher, yet we do not do all we can. We do not apply Apollo 11 thinking to the problem we face, but we must.

What to do? First, we must continue to share our scientific understanding of the problems we face. Despite the politicization of climate change and other science-related issues, the public still trusts and respects science and welcomes messages from scientists, but only if they’re communicated in language that is easily understood. All champions of science can and must become better communicators. The decline of glaciers, the changing dates of the blooming of flowers and migrations of animals, the modified range of marine species — all these changes tell us unambiguously that our climate is changing. The political question should not be whether the change is happening, but what our response should be.

I argue that the magnitude of the changes we face require nothing less than an Apollo 11 mentality. We must have a goal just as audacious, just as challenging as President Kennedy’s. I don’t know what it might be. I don’t know if it can be articulated as precisely as he stated his goal, but I know we must have a similar effort to the one that landed astronauts on the Moon.

Imagine a future where the celebratory reaction of people around the world to the accomplishments of Apollo 11 could be applied to our response to the challenges of climate change. Imagine a future where we prevented the worst impacts of climate change. Imagine a future where we fulfilled Neil Armstrong’s stated goal at a news conference documented in the series: “As we looked up from the surface of the Moon, we could see above us, up here, the planet Earth, and it was very small, but it was very beautiful. And it looked like an oasis in the heavens, and we thought it was very important at that point for us and men everywhere to save that planet as a beautiful oasis that we together can enjoy for all the future.” Rachel Carson’s Silent Spring shared initial concern about the impact humans have on the Earth, and Armstrong’s spontaneous response at a news conference warned us to pay attention to our home planet instead of focusing only on human spaceflight goals like Mars or beyond.

We must take up the energy and drive of Apollo 11 and direct ourselves toward staving off the negative impacts of human-induced climate change. The glaciers are melting, the permafrost is defrosting, coral reefs are bleaching, species are dying, and our ability to sustain ourselves on this planet is decreasing even as our population is increasing.

I long for a world where our president states, “We choose to address climate change in this decade, not because it is easy, but because it is hard; because no goal is as important as preserving our environment, and that goal will serve to organize and measure the best of our energies and skills, because that challenge, the challenge before us all, is one that we are willing to accept, one we are unwilling to postpone, and one we are willing to achieve — for ourselves, for our posterity, and for all humankind and all of history.” Help me make it so. Reach out and make an impact. Work individually, work collectively, but work hard, and together we will achieve. I know it.

At the most recent meeting of the Society’s Board of Trustees, this issue was brought forward by our President, Megan Donahue. There was strong consensus about taking steps to offset the carbon impact of our conferences — not through voluntary contributions as we do now, but through Society-level contributions. I will be working with the Sustainability Committee and the Board of Trustees to figure out the right way forward. Given the recent United Nations reports and increasingly worrying natural signals, we must do something. If you have ideas, please let us have them. Send them to the chair of the Sustainability Committee, to our President, or to me and we’ll take them into account as we collectively figure out how to mitigate our impact while we gather to share our research results and renew our community connections at our conferences and other meetings.