President's Column: Appointment of an Early-Career Advisory Board

This article was originally published on 29 October; it was updated on 1 December to reflect the fact that the deadline for expressions of interest to serve on the new AAS Early-Career Advisory Board has now passed.

The AAS is a society for and of its membership. We exist to represent the interests of professionals working in astronomy, planetary science, heliophysics, and related fields, and we work to help sustain a productive astronomical community. As I have written before, the work of the Society is accomplished by and large through the volunteer efforts of hundreds of its members. But older, better-known astronomers are more likely to be asked and/or elected to serve on committees or in governance positions than early-career members. Indeed, our Bylaws explicitly state, “Only [full] members have the right to hold office or to chair committees of the Society.”

I’ve served in multiple volunteer positions within the AAS: as a member of the Committee on the Status of Women in Astronomy and later as CSWA chair; as a member of the Nominating Committee and then its chair; as a member of the AAS Council; and now, as your President. Most of those positions became available to me only in the latter half of my career, when my reputation had built to a decent level of visibility. For people discouraged by rejection let me add that before that, I lost three or four elections to AAS office, including one for the Nominating Committee, to which I was later appointed only because the elected member was unable to serve out his full term. So don’t give up — sometimes you need to try more than once.

In any case, our younger members are full of ideas, energy, and enthusiasm, and I would like the AAS to benefit from their contributions, even though they are for the most part ineligible for elected positions. Therefore, I am creating a Presidential Early-Career Advisory Board, to consist of 6-10 students and recent degree recipients who want to contribute to building a strong and diverse astronomical community. Nearly 1,400 of our 7,000+ members are junior members, and more than 700 are associate members, so early-career astronomers represent a significant fraction of our community. The AAS needs to hear these voices. 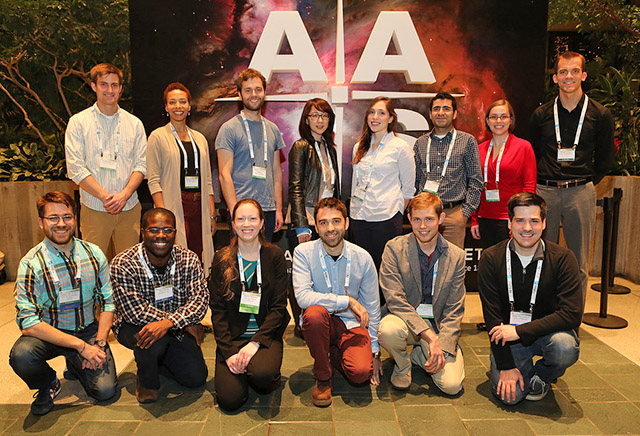 As is true for all Presidential committees, members of this board will be appointed for a one-year term. To make sure I select members from the broadest possible pool and with interests in diverse aspects of the AAS, I asked early-career astronomers — students, postdocs, new faculty members, and other scientists no more than seven years past their doctorate or other terminal degree — to submit expressions of interest through an online form. The deadline was 30 November 2015, so President Elect Christine Jones and I are now going through the 30 responses to appoint the first Early-Career Advisory Board. We will make the board membership public as soon as we finalize the roster and notify all the respondents.

The Early-Career Advisory Board will meet regularly, at AAS meetings and/or via telecons, and of course I along with other AAS officers and councilors will meet regularly with the board. This will allow us to hear the ideas and concerns of an active and engaged group of younger members whose voices might not otherwise be heard by the Society’s leaders.

At our January 2016 meeting in Kissimmee, Florida, the AAS Council will discuss changing our Bylaws to allow junior and associate members to play a more active role on Society committees. Some positions may benefit from a longer period of membership, but I believe most committees would be invigorated by fresh views and new perspectives.

Early-career astronomers have a lot to offer in making the AAS as effective a membership organization as it can possibly be.