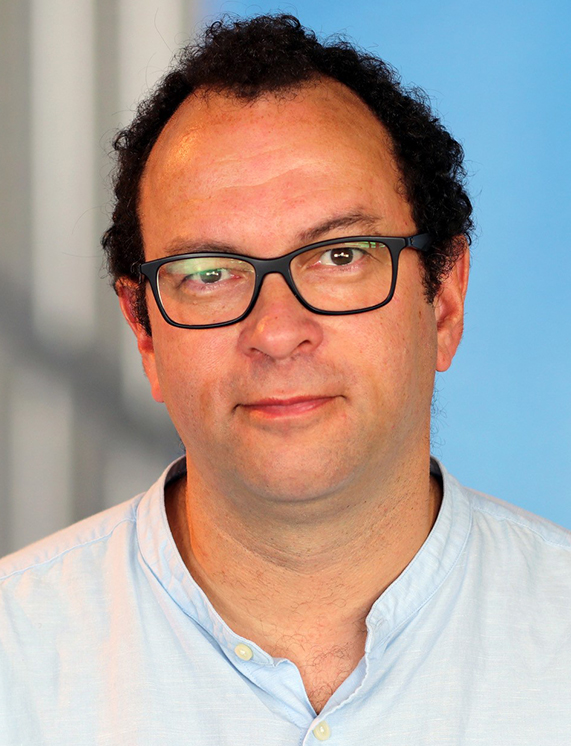 Anthony Brown (Leiden Observatory) is Chair of the Data Processing and Analysis Consortium (DPAC) for the Gaia collaboration, and he will be giving the 2023 Lancelot M. Berkeley − New York Community Trust Prize lecture on behalf of the collaboration. The Gaia team is being honored with the 2023 Berkeley prize for enabling a transformative, multidimensional map of the Milky Way. Since its launch in 2013, the European Space Agency’s Gaia space telescope has recorded stellar positions, distances, colors, and proper motions for nearly two billion stars in our galaxy. 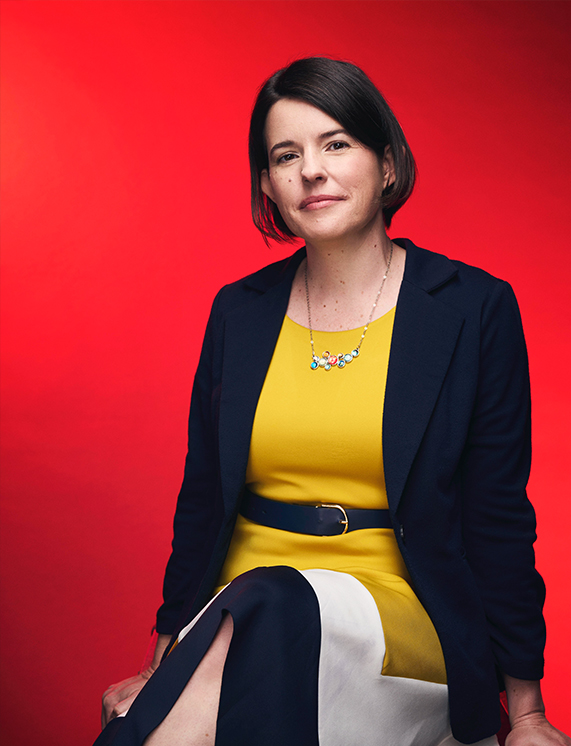 Jessie Christiansen is the Project Scientist of the NASA Exoplanet Archive. She is a planet hunter, using NASA’s Kepler, K2, and TESS spacecraft to detect and characterize extrasolar planets, with a particular research focus on studying exoplanet demographics and population studies. She is the PI of the Scaling K2 project, co-chair of the Exoplanet Program Analysis Group (ExoPAG) Exoplanet Demographics science interest group, and a 2022 TED Fellow. 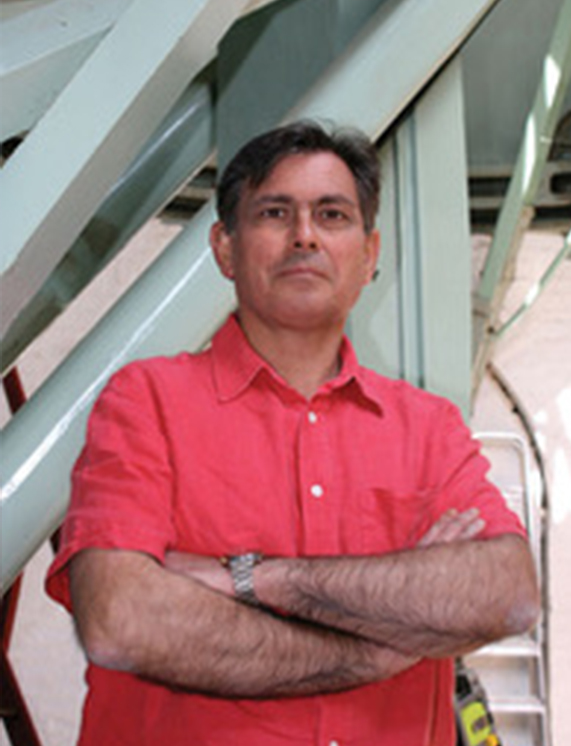 George Efstathiou is amongst the most distinguished cosmologists of his generation, one of the architects of the standard model of cosmology, “Lambda cold dark matter” (LCDM). He has made transformational contributions in computer simulations of the formation of structure in the universe, galaxy surveys and the analysis of the cosmic microwave background (CMB) radiation. Professor Efstathiou was one of the first to use computer simulations to calculate the non-linear evolution of the primordial perturbations from which cosmic structure grows. He pioneered techniques now in widespread use. 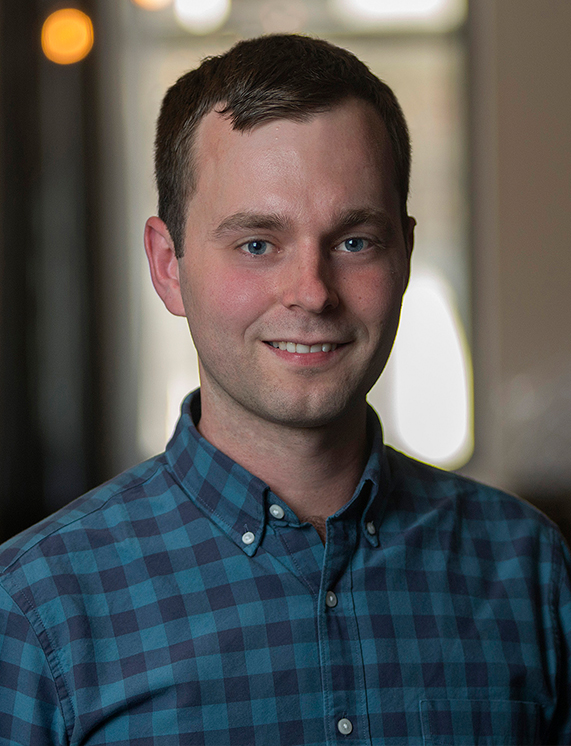 Dan Foreman-Mackey is a Research Scientist at the Flatiron Institute’s Center for Computational Astrophysics. His main research interest is the application of probabilistic data analysis techniques to solve fundamental problems in astronomy, and the development of the software infrastructure required for modern astrophysics research. Dan is the core maintainer of a suite of open source software packages that is widely used in astrophysics and other research domains. 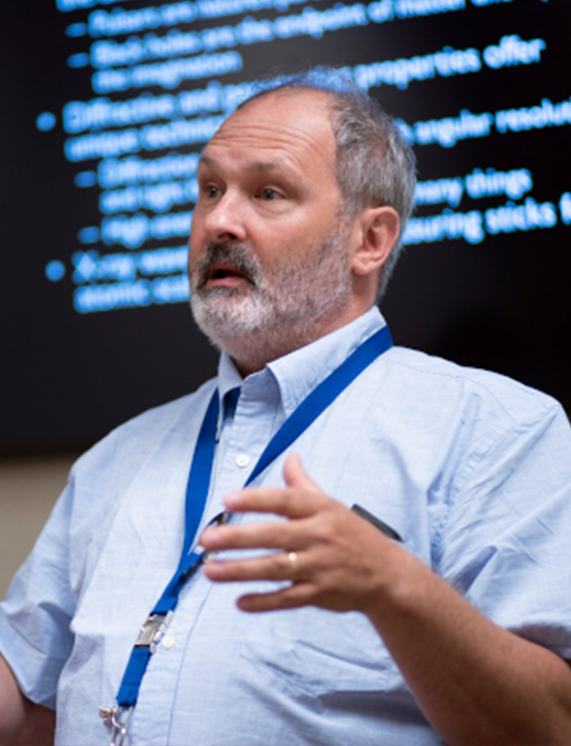 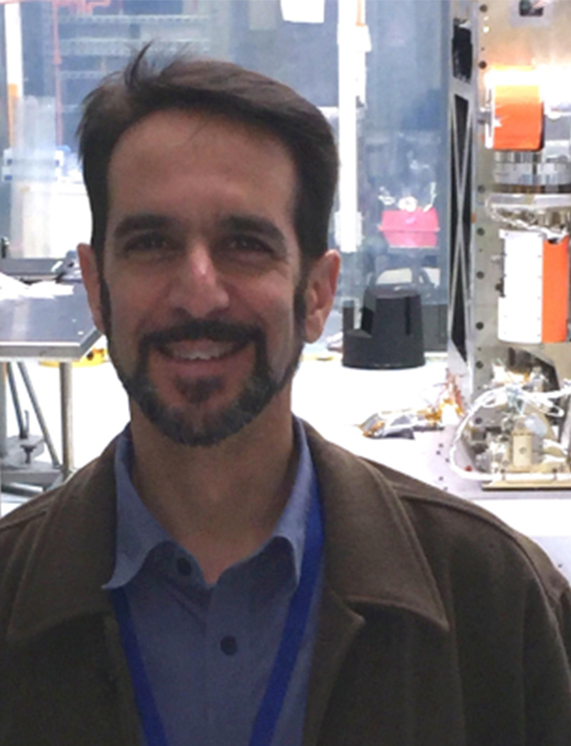 HEAD’s 2022 Bruno Rossi Prize, which recognizes a significant contribution to high-energy astrophysics, with particular emphasis on recent and original work, goes to Keith Gendreau and Zaven Arzoumanian (both of NASA Goddard Space Flight Center) and the NICER team for development of the Neutron Star Interior Composition Explorer (NICER) and the revolutionary insights it is providing about the extreme environments of neutron stars and black holes, including the first precise and reliable measurement of a pulsar’s mass and radius from detailed modeling of its pulsed waveform. 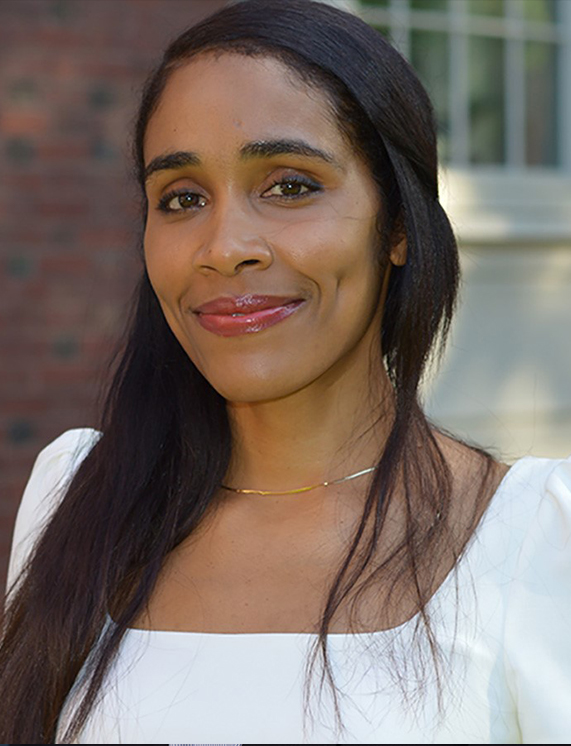 Nia Imara is an artist and astrophysicist whose body of work reflects her love for vibrant color, people, and their stories.  Nia studied astrophysics at UC Berkeley and did her postdoctoral research at Harvard University. She is currently a professor of astronomy at UC Santa Cruz, where she investigates how stars are born in the Milky Way and other galaxies throughout the universe.  Nia is the founder/director of Onaketa, a nonprofit that provides free STEM tutoring and other educational resources to black and brown youth. 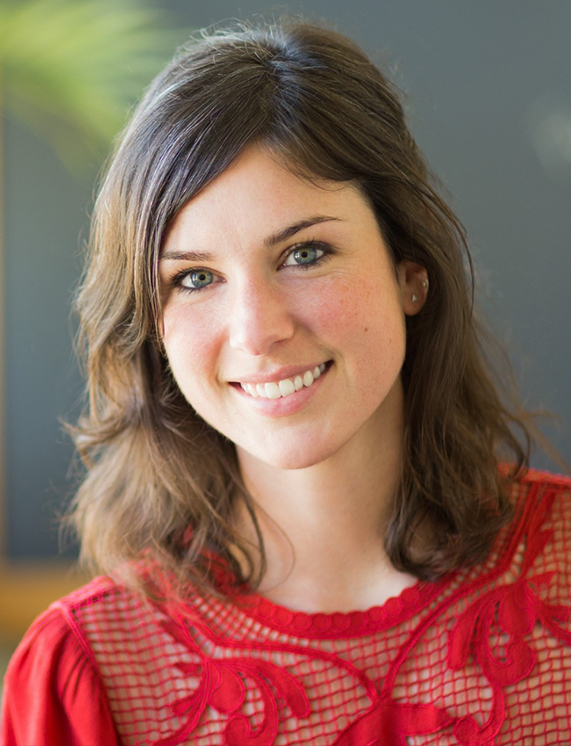 Erin Kara is the Class of 1958 Career Development Assistant Professor of Physics at MIT. She is an observational astrophysicist, working to understand the physics behind how black holes grow and affect their environments. She also works to develop new and future space missions. She co-chairs the supermassive black hole working group of the XRISM Observatory, a joint JAXA / NASA X-ray spectroscopy mission to launch in 2023, and is the Deputy Principle Investigator of the AXIS Probe Mission Concept. 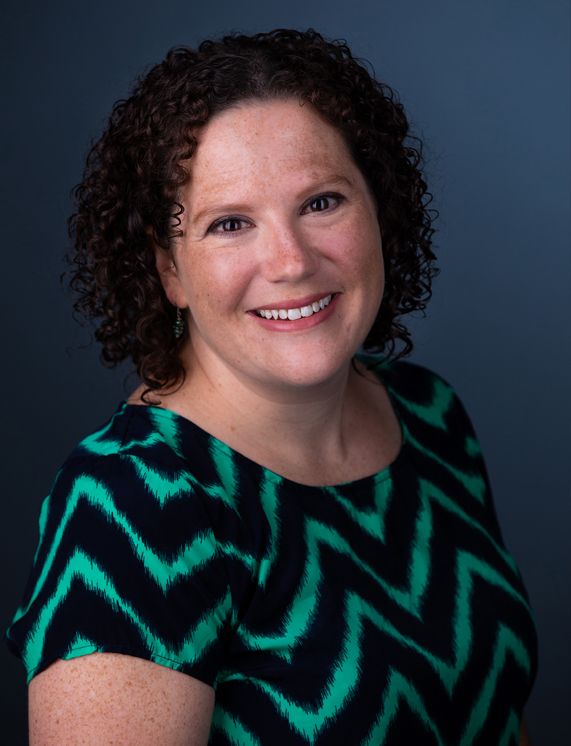 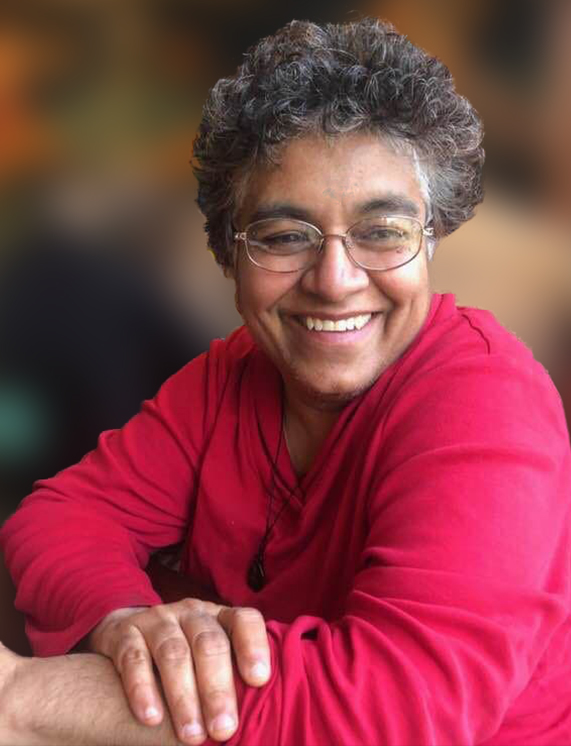 Sangeeta Malhotra is a fan of interstellar dust and gas; and of tiny but mighty emission line galaxies at all redshifts, including Lyman-alpha galaxies. She has led numerous surveys including GRAPES, PEARS, and FIGS (HST), HELLO (Herschel), LALA (KPNO), and LAGER (CTIO).  She has been a professor at Arizona State University and is now in the Roman project at NASA GSFC. She is a Legacy Fellow of the AAS.  She is still trying to characterize the epoch of reionization, understand how Lyman-alpha escapes from galaxies, and see if there are any dust and metal free galaxies to be found. 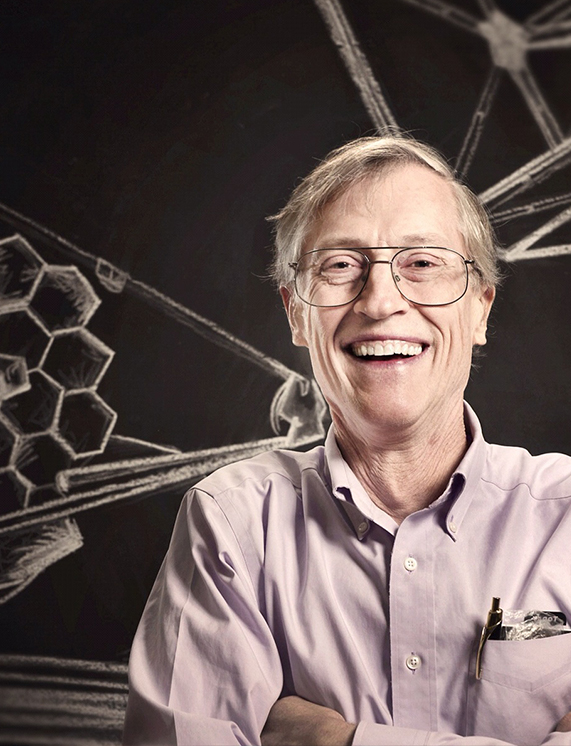 John Mather at NASA’s Goddard Space Flight Center is senior project scientist for the James Webb Space Telescope and is a theoretical instrument builder. In 1974, following the failed flight of his UC Berkeley thesis project to measure the cosmic microwave background spectrum, he led the proposal for the COBE satellite that also measured the cosmic microwave anisotropy and measured the cosmic IR background. In 1995, thinking NASA would never do anything so exciting again, he accepted an invitation to join the team that built the JWST. In 2006 he got that wonderful call from Stockholm. 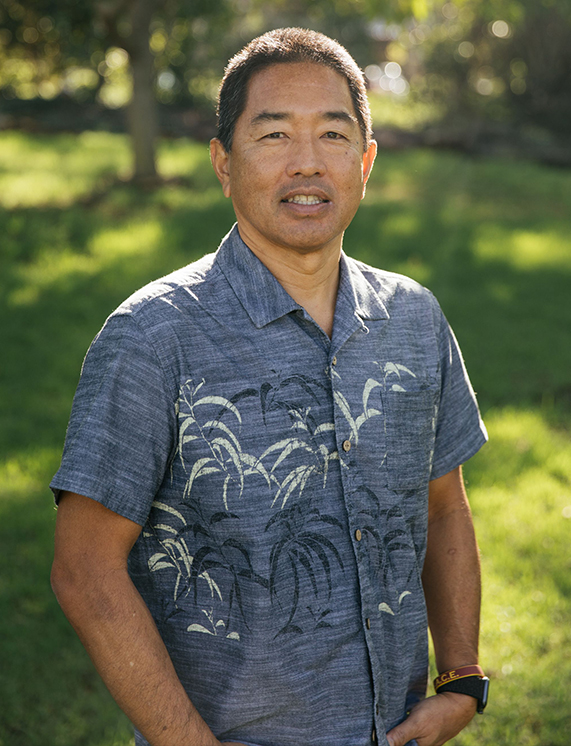 Rich Matsuda is the Associate Director of External Relations at W. M. Keck Observatory. He joined the Observatory nearly 30 years ago during its construction phase and has served as a senior leader, including Chief of Operations, for two decades. Matsuda is the astronomy representative on the Maunakea Stewardship and Oversight Authority. This new management and governance body for Maunakea, established in July 2022 under Hawaiʻi law Act 255, is founded on mutual stewardship. Born and raised in Honolulu, Matsuda seeks to build bridges between astronomy and the local community, with aspirations of a vibrant future for all. 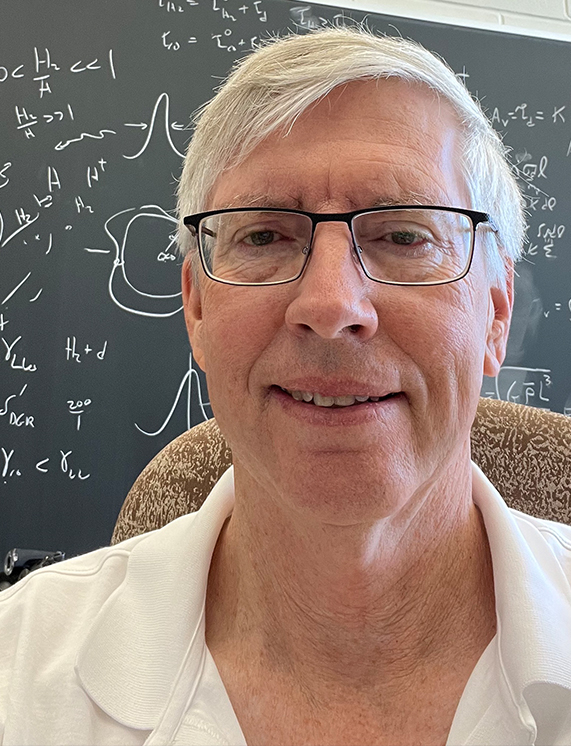 Norman Murray was an undergrad at Caltech, followed by graduate school at Berkeley. After postdoctoral positions at Queen Mary College London, and then at Caltech, he joined the faculty at the Canadian Institute for Theoretical Astrophysics in 1993. Murray works on a broad range of problems in astrophysics, including planetary dynamics, solar oscillations and magnetic fields, black holes and their effects on their host galaxies, as well as planet, star, and galaxy formation. He has made significant contributions to the theory of outflows from supermassive black hole accretion disks (broad absorption line quasars), the theory of stellar feedback on star and galaxy formation, and on photo-evaporative atmospheric loss from planets. 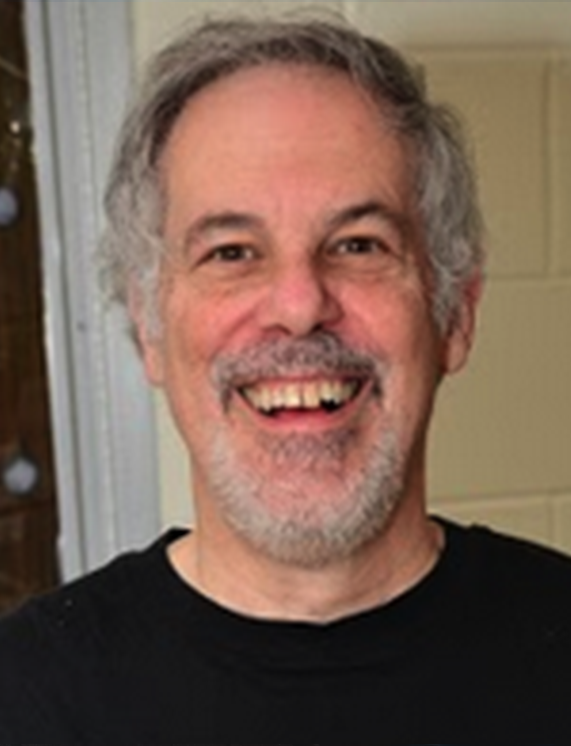 Richard Mushotzky is presently a professor of astronomy at the University of Maryland. Prior to this he was a NASA scientist at Goddard Space Flight Center. His research areas include studies of active galactic nuclei and black holes, clusters of galaxies, elliptical galaxies, ultra-luminous x-ray sources, evolution of the elements and cosmology. He has participated in the development, planning and implementation of several X-ray observatories including ASCA, Chandra, XMM, Suzaku, Hitomi and XRISM. He is a co-inventor of the x-ray calorimeter and was the study Principal Investigator for the AXIS Probe proposal. His awards include the Russell Prize of the AAS, the NASA Medal for Exceptional Scientific Achievement, the GFSC Lindsay Award, the GSFC Robert Goddard Award and the NASA Distinguished Service Medal. 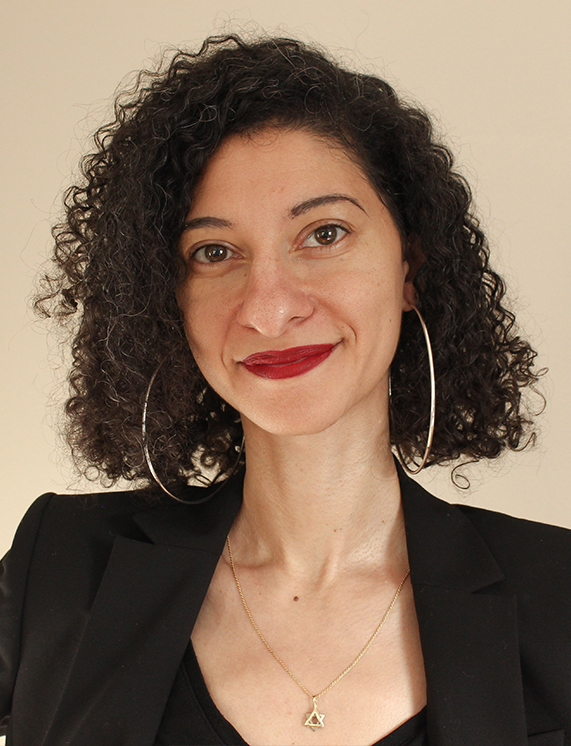 Chanda Prescod-Weinstein is an assistant professor of physics and astronomy and core faculty in women’s and gender studies at the University of New Hampshire. Her research in theoretical physics focuses on cosmology, neutron stars, and dark matter. She additionally does research in Black feminist science, technology, and society studies. Dr. Prescod-Weinstein is also a columnist for New Scientist and Physics World. Nature recognized her as one of 10 people who shaped science in 2020, and Essence magazine has recognized her as one of "15 Black Women Who Are Paving the Way in STEM and Breaking Barriers." 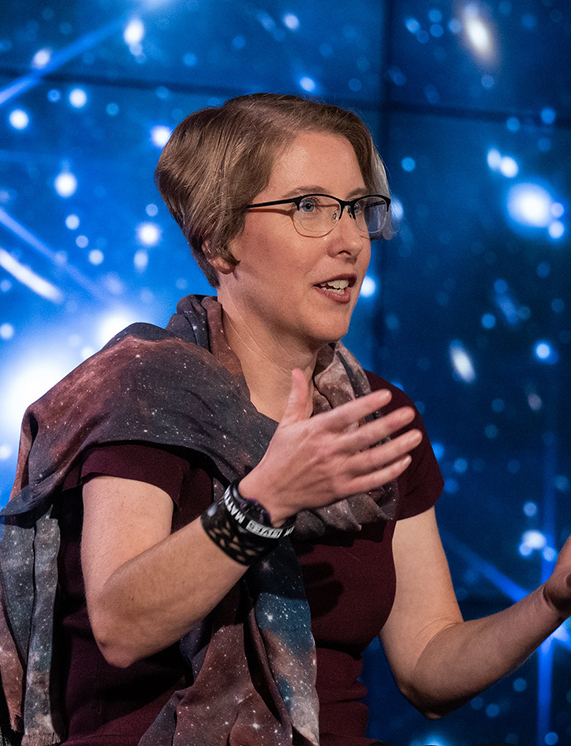 Jane Rigby, from NASA's Goddard Space Flight Center, is a research astrophysicist and the Operations Project Scientist for JWST, and served as one of the three commissioning scientists for JWST. Rigby's research focuses on how galaxies form stars over cosmic time, with a focus on using the tool of gravitational lensing to dissect galaxies in ways that are otherwise impossible. Rigby is the PI of the JWST Early Release Science program TEMPLATES, the PI of the Megasaura atlas of lensed galaxy diagnostic spectra, and is an active user of JWST, Hubble, Magellan, and Keck. Rigby holds undergraduate degrees in Physics and Astronomy and Astrophysics from Penn State, and a PhD in Astronomy from the University of Arizona. Rigby served on the State of the Profession and Societal Impacts panel for Astro2020, and was a co-founder of Inclusive Astronomy 2015. Dr. Rigby also serves as a trustee of the AAS. 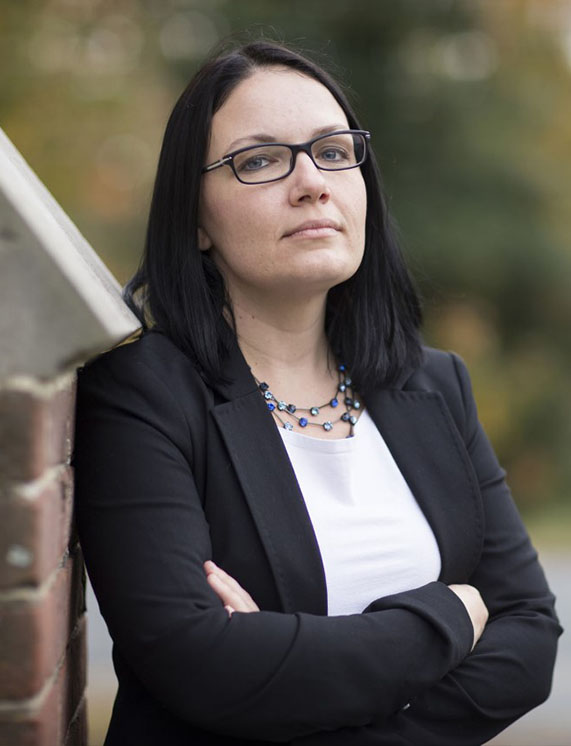 Sabrina Stierwalt is an observational astrophysicist who researches the internal and environmental processes driving star formation in nearby galaxies. She uses multi-wavelength observations from the X-ray to the radio to understand how gas is converted into stars, particularly in the low metallicity environments of dwarf galaxies. She leads the NSF-funded program TiNy Titans, the first systematic study of the gas dynamics and star formation in interacting dwarf galaxies. She is a member of NASA's Cosmic Origins Program Analysis Group Executive Committee and serves on the board of the Astronomical Society of the Pacific. She works to make science and the stars more accessible through a program to bring an inflatable planetarium to communities that have been historically excluded in STEM. She currently explores the universe as an Assistant Professor of Physics at Occidental College in the heart of Los Angeles. 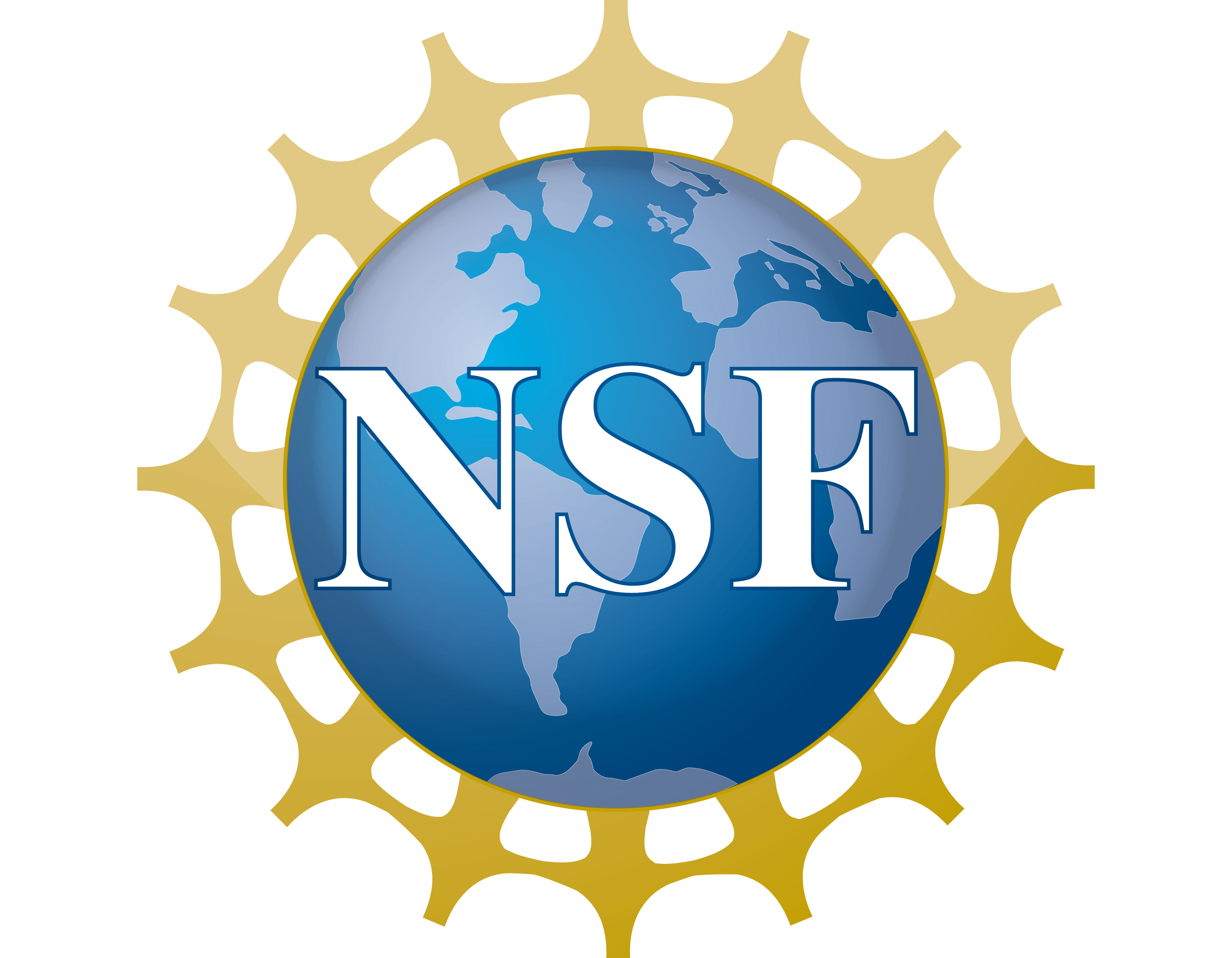 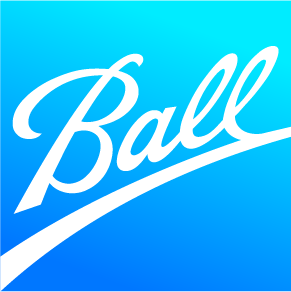