The following item is released jointly with NOIRLab. 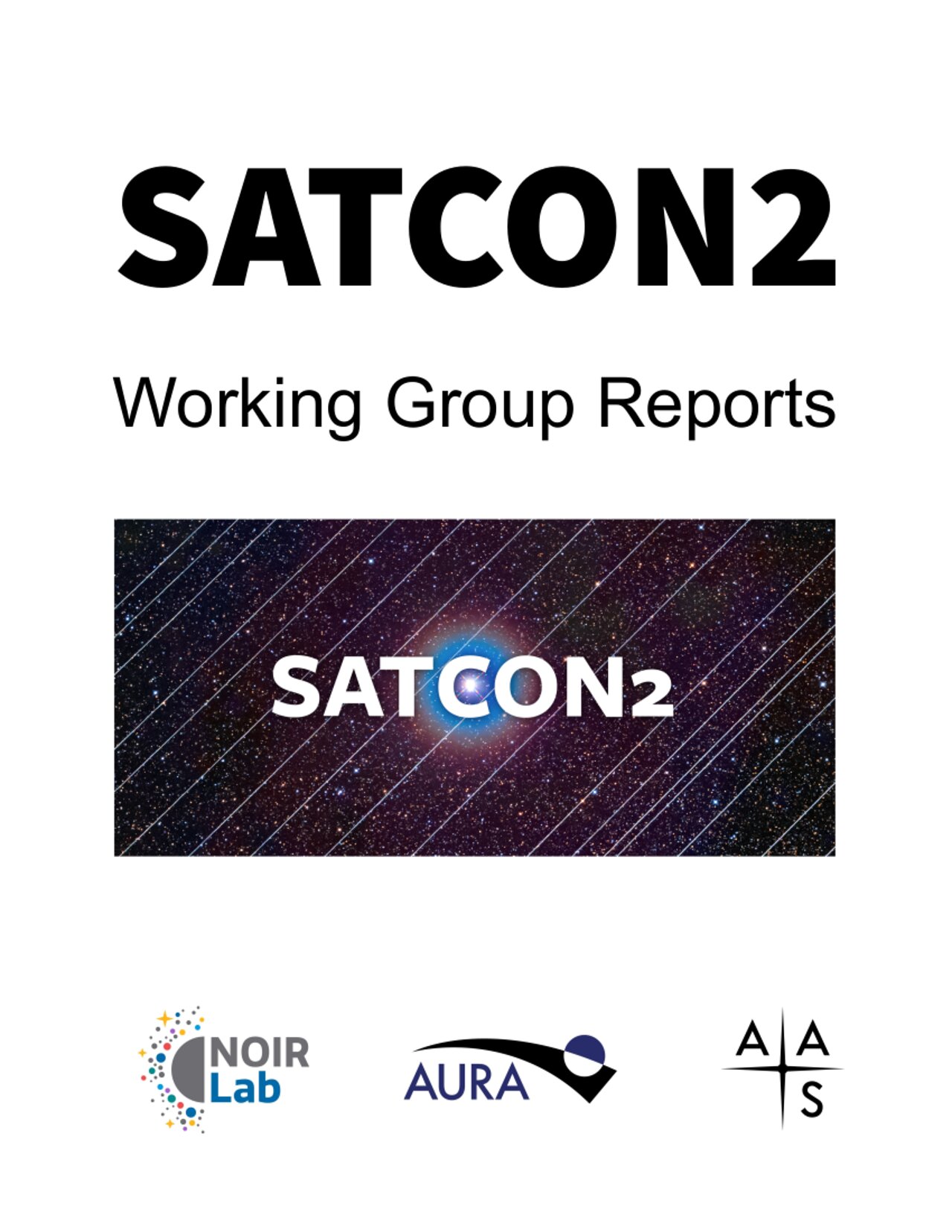 The SATCON2 workshop addressed a watershed moment in the transformation of space. In 2018, a few thousand operational satellites orbited the Earth. By 2030, there may be more than 100,000. A massive cloud of satellites presents significant to existential impacts on ground-based astronomy, and further impacts that extend to the environment, astro-tourism, and human health. While space offers many new frontiers and benefits to humanity, the sudden advance of spacefaring technology to the private sector comes with many side effects that should be carefully considered.

SATCON2 brought together members of many communities: astronomy, satellite operators, environmental and dark-sky advocates, and representatives from diverse and underrepresented communities. The details of their comprehensive work are presented in four reports from the working groups — Observations, Algorithms, Community Engagement, and Policy — which have been compiled and are being released today. The Observations and Algorithms working groups explored some SATCON1 recommendations directly, and their reports propose observing and software solutions through an entity called SatHub. The Community Engagement working group’s report introduces new voices and perspectives on the issue, and the Policy working group’s report discusses regulatory framework and mitigation approaches from national, international, and industry viewpoints.

The SATCON2 Scientific Organizing Committee and the many members of the working groups have prepared these reports in the hope that they will provide a roadmap for addressing the impact on all of us of the industrialization of space.

An executive summary of the SATCON2 conference was released two weeks ago, on 15 October 2021, and can be found here.

SATCON2 brought together members of many communities: astronomy, satellite operators, environmental and dark-sky advocates, and representatives from diverse and underrepresented communities. The details of their comprehensive work are presented in four reports from the working groups — Observations, Algorithms, Community Engagement, and Policy — which have been compiled and are being released today. [Credit: NOIRLab/AAS/NSF/AURA]

NSF’s NOIRLab (National Optical-Infrared Astronomy Research Laboratory), the US center for ground-based optical-infrared astronomy, operates the international Gemini Observatory (a facility of NSF, NRC–Canada, ANID–Chile, MCTIC–Brazil, MINCyT–Argentina, and KASI–Republic of Korea), Kitt Peak National Observatory (KPNO), Cerro Tololo Inter-American Observatory (CTIO), the Community Science and Data Center (CSDC), and Vera C. Rubin Observatory (operated in cooperation with the Department of Energy’s SLAC National Accelerator Laboratory). It is managed by the Association of Universities for Research in Astronomy (AURA) under a cooperative agreement with NSF and is headquartered in Tucson, Arizona. The astronomical community is honored to have the opportunity to conduct astronomical research on Iolkam Du’ag (Kitt Peak) in Arizona, on Maunakea in Hawai‘i, and on Cerro Tololo and Cerro Pachón in Chile. We recognize and acknowledge the very significant cultural role and reverence that these sites have to the Tohono O'odham Nation, to the Native Hawaiian community, and to the local communities in Chile, respectively.

The Scientific Organizing Committee of SATCON2 thanks the National Science Foundation (NSF), NSF’s NOIRLab, and the American Astronomical Society for their support of SATCON2.