The American Astronomical Society (AAS) and its Historical Astronomy Division announce the launch on 25 July of the Astronomy Genealogy Project, or AstroGen. The project’s website at https://astrogen.aas.org provides information on more than 33,000 astronomers who either earned doctorates with astronomy-related theses or supervised research for such dissertations.

It is called a genealogy project because, in academic genealogy, a person’s “parent” is their thesis advisor.

Joseph S. Tenn, founder and director of AstroGen, explains, “We started the project for two reasons: First, many scholars enjoy tracing their academic ancestors and descendants. Second, AstroGen will facilitate studies of the astronomical community by historians and sociologists of science. With information in the database, it is possible to compare numbers or careers of those earning astronomy-related doctorates for different countries, universities, or time periods. With a little more effort, researchers can compare the numbers of people earning doctorates with research in different subfields, such as celestial mechanics, planetary science, or X-ray astronomy.”

The website contains links to the dissertations themselves, when available, as well as to the astronomers, their advisors, and their universities. Although the database goes back to 1766, fully half of the doctorates have been awarded since 2002. About two-thirds of the theses are online. 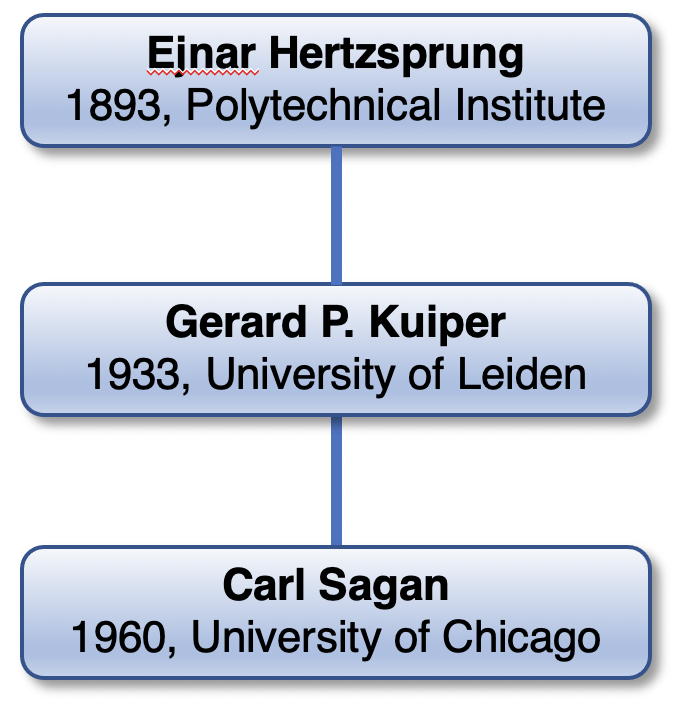 At the AstroGen site you can find, for example, that academically, Carl Sagan was the son of Gerard P. Kuiper, whose name is synonymous with the belt of icy objects beyond Neptune, and the grandson of Ejnar Hertzsprung, who began his career in chemical engineering but whose name is now in every introductory astronomy textbook thanks to the color-magnitude diagram that he and Henry Norris Russell created independently a little more than a century ago. Digging deeper than what's shown in the chart at right, you can identify Sagan's "sons" among the succeeding generation of planetary scientists as well as the "grandsons" and "granddaughters" who earned their doctorates under Sagan's former students. 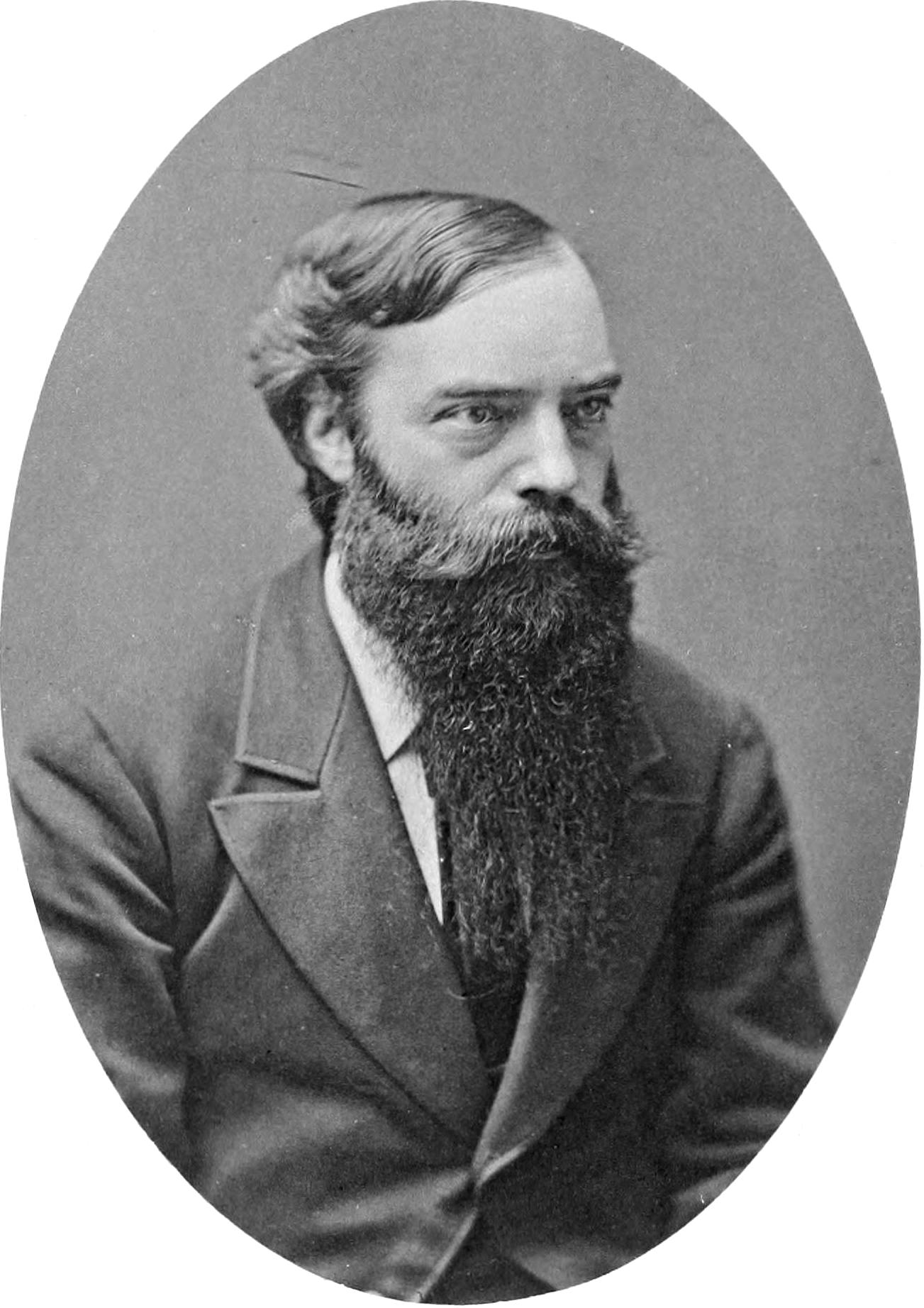 The launch date of 25 July was chosen because it is the anniversary of the award of the first PhD degrees in the United States. Yale College awarded three doctorates on that date in 1861, including one for a thesis on the orbits of meteors’ parent bodies by physicist Arthur Williams Wright (1836-1915). That year’s commencement was an unusual one in that some graduates had already left to fight in the Civil War.

AstroGen currently lists more than 28,000 people who have earned astronomy-related doctorates plus another 5,000 scientists who advised them but whose own doctorates have yet to be recorded. The project is believed to be “nearly complete” for 25 countries.

Tenn, professor emeritus at Sonoma State University in California, has been working full-time on AstroGen since the AAS Historical Astronomy Division approved the project in January 2013. A number of people in many countries have participated in gathering the data, nearly all of it from online sources. More volunteers are sought, especially people familiar with astronomy in other countries. Potential volunteers may contact Tenn at astrogendirector@aas.org.

The AstroGen website is funded and hosted by the AAS.

Image (236 KB JPG, 1303  x  1844 pixels):
https://aas.org/sites/default/files/2020-07/Arthur_Williams_Wright.jpg
Arthur Williams Wright (1836-1915) was one of the first three recipients of a PhD in the United States. The title of his 1861 dissertation at Yale, where he studied and taught for most of his career, was “Having Given the Velocity and Direction of Motion of a Meteor on Entering the Atmosphere of the Earth, to Determine Its Orbit About the Sun, Taking into Account the Attractions of Both These Bodies.” This public-domain photo was presumably taken between 1872 and 1879. Credit: Wikipedia

The Historical Astronomy Division (HAD) of the American Astronomical Society advances interest in topics relating to the history of astronomy, archaeoastronomy, and the application of historical records to modern astrophysical problems. HAD assists the Society in the commemoration of important historical anniversaries and in the archival preservation of current materials of importance to future historians of astronomy.

The American Astronomical Society (AAS), established in 1899, is the major organization of professional astronomers in North America. Its membership of approximately 8,000 also includes physicists, mathematicians, geologists, engineers, and others whose research interests lie within the broad spectrum of subjects now comprising the astronomical sciences. The mission of the AAS is to enhance and share humanity’s scientific understanding of the universe, which it achieves through publishing, meeting organization, education and outreach, and training and professional development.