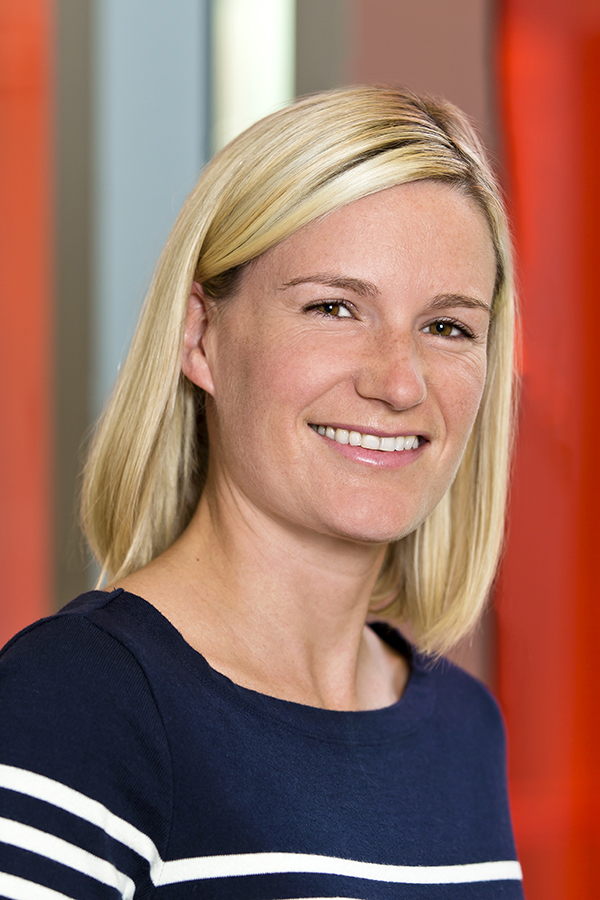 With support from the Kavli Foundation, the Vice-Presidents of the American Astronomical Society (AAS) name a special invited lecturer to kick off each semiannual AAS meeting with a presentation on recent research of great importance. At the 235th AAS meeting in Honolulu, Hawaii, on 5 January 2020, the Kavli Foundation Plenary Lecture will be given by Dr. Suvi Gezari, Associate Professor in the Department of Astronomy at the University of Maryland in College Park.

Gezari is a world leader in the study of transient phenomena in astronomy and is particularly well known for her discovery and analysis of tidal disruption events (TDEs), flares of light emitted when stars are torn apart by the gravitational pull of supermassive black holes in the centers of galaxies. She has transformed TDEs from a theoretical concept to an observational reality, discovering large numbers of these events and using them to explore the nature and growth of supermassive black holes and their environments. The title of her Kavli lecture will be “Black Holes Snacking on Stars: A Systematic Exploration of Transients in Galaxy Nuclei.”

“I have been attending winter AAS meetings since January 1999,” says Gezari, “when I was an undergraduate presenting results from my summer research program at the Maria Mitchell Observatory on Nantucket Island, Massachusetts. If you’d told me then that I would be giving a plenary lecture 21 years later, I don’t think I’d have believed it. Thank you to the AAS Vice-Presidents and the Kavli Foundation for recognizing my work — this is truly an honor!”

Gezari’s research focus is on time-domain astrophysics, that is, the study of celestial objects and phenomena that vary rather than shine steadily. These range from single events called transients, such as supernova explosions and TDEs, to active galactic nuclei that “flicker” over many years as the supply of gas feeding their central black holes waxes and wanes. Gezari has used ground- and space-based observations across the electromagnetic spectrum to discover and characterize transients and study their physical properties. She is co-director of the Joint Space-Science Institute, a research partnership between the University of Maryland’s astronomy and physics departments and NASA’s Goddard Space Flight Center, and is a member of the Zwicky Transient Facility team using the Palomar 48-inch telescope to repeatedly search the sky for variable objects. In 2015 she received a Faculty Early Career Development Program (CAREER) grant from the National Science Foundation, and in 2016 she was honored with a Junior Faculty Award from the University of Maryland’s College of Computer, Mathematical, and Natural Sciences. She has already published more than 60 peer-reviewed research articles.

The AAS is delighted to honor Prof. Suvi Gezari with the January 2020 Kavli Foundation Plenary Lectureship.

Image:
https://aas.org/files/SuviGezari_600x900.jpg
Astronomer Suvi Gezari of the University of Maryland, College Park, will give the Kavli Foundation Plenary Lecture, “Black Holes Snacking on Stars: A Systematic Exploration of Transients in Galaxy Nuclei,” at the 235th meeting of the American Astronomical Society in Honolulu, Hawaii, on 5 January 2020. Photo by John Consoli.

The Kavli Foundation, established in December 2000 by Fred Kavli, a California business leader and philanthropist, is dedicated to advancing science for the benefit of humanity, promoting public understanding of scientific research, and supporting scientists and their work. The foundation's mission is implemented through an international program of research institutes, professorships, symposia, and other initiatives in the fields of astrophysics, nanoscience, neuroscience, and theoretical physics.

The American Astronomical Society (AAS), established in 1899, is the major organization of professional astronomers in North America. The membership (approx. 7,500) also includes physicists, mathematicians, geologists, engineers, and others whose research interests lie within the broad spectrum of subjects now comprising the astronomical sciences. The mission of the AAS is to enhance and share humanity’s scientific understanding of the universe, which it achieves through publishing, meeting organization, education and outreach, and training and professional development.