With support from the Kavli Foundation, the Vice Presidents of the American Astronomical Society (AAS) name a special invited lecturer to kick off each semiannual AAS meeting with a presentation on recent research of great importance. At the 241st AAS meeting in Seattle, Washington, on 9 January 2023, the Fred Kavli Plenary Lecture will be given by Dr. Jane Rigby, an astrophysicist at NASA's Goddard Space Flight Center and Project Scientist for Operations for the James Webb Space Telescope (JWST). 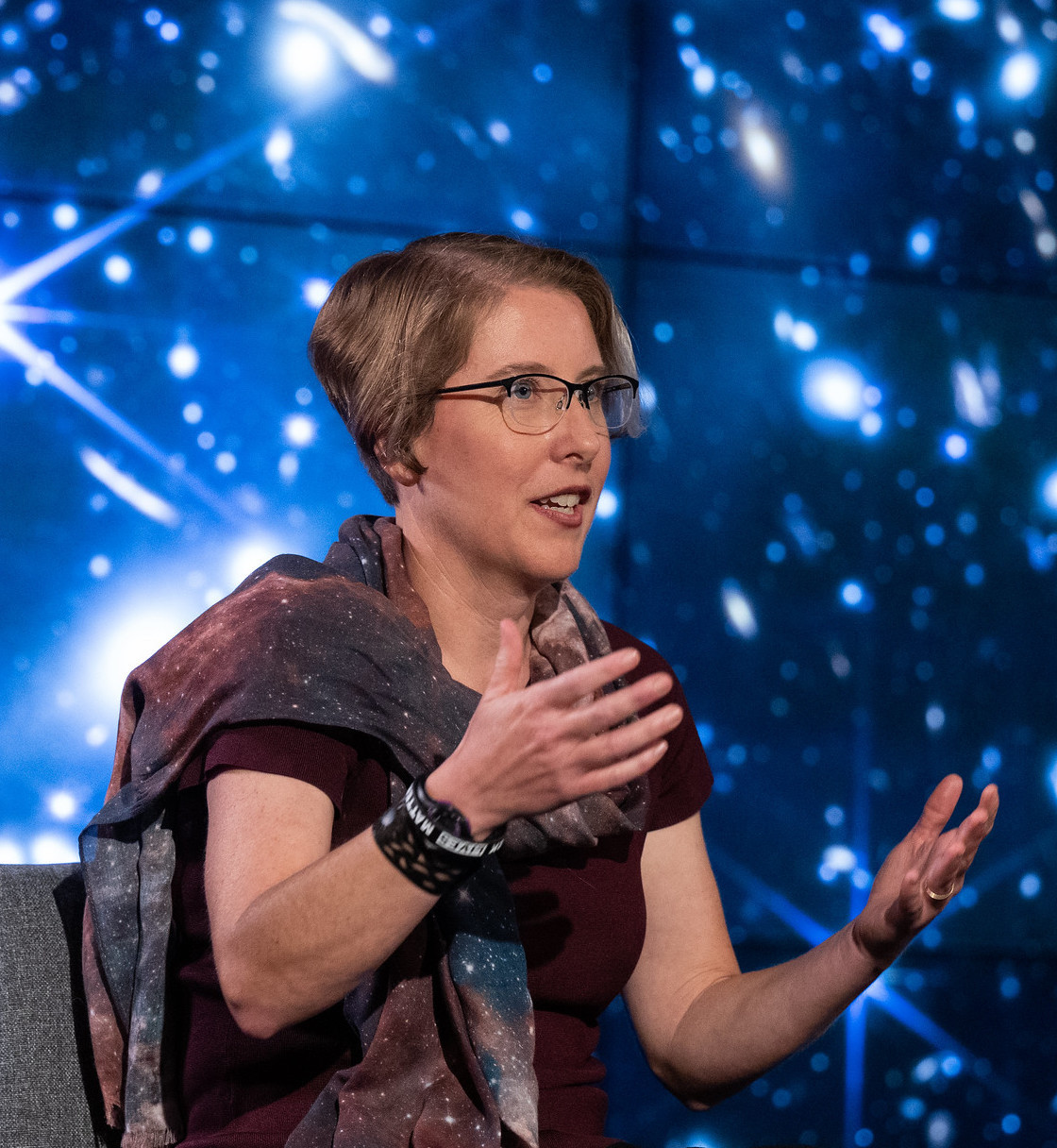 Rigby’s research focuses on how star-forming galaxies and their central supermassive black holes evolve. She’s an active user of a wide range of space- and ground-based telescopes and an expert in strong gravitational lensing, a technique that uses massive foreground galaxy clusters as powerful cosmic telescopes to explore the details of distant galaxy interiors.

Dr. Rigby is being honored not only for her impactful research achievements, but also for her role at the forefront of commissioning and operations of JWST. Rigby has been a leading figure behind this powerful new space observatory — as one of its three commissioning scientists, and continuing as Project Scientist for Operations, guiding the process by which the observatory delivers on its expansive science mission.

In this role, and through her public outreach, Rigby has admirably represented the thousands of people who have brought JWST to life. She is a leading figure in efforts both to carefully characterize and document JWST’s science performance and to communicate those results clearly to the community. Her presentation of one of the observatory’s first released images — Deep Field SMACS 0723, a stunning view of thousands of distant galaxies located up to 13 billion light-years away — was watched by people around the globe.

The AAS Vice Presidents also recognize Rigby’s powerful advocacy for inclusivity at NASA and beyond. Dr. Rigby is a founding member of the AAS Committee for Sexual-Orientation and Gender Minorities in Astronomy, was a co-founder of the Inclusive Astronomy 2015 conference, and served on the State of the Profession and Societal Impacts panel for the Astro2020 Decadal Survey. Her research, mentorship, and diversity-related work have identified her as a role model in the astronomy community.

Rigby received BS degrees in Physics and in Astronomy & Astrophysics from the Pennsylvania State University, and she earned her MS and PhD in Astronomy from the University of Arizona. She held Spitzer and Carnegie postdoctoral fellowships at Carnegie Observatories in Pasadena, California, prior to her current position at the Observational Cosmology Lab at NASA’s Goddard Space Flight Center.

The AAS is delighted to honor Dr. Jane Rigby with the January 2023 Fred Kavli Plenary Lectureship.

The Kavli Foundation, established in December 2000 by Fred Kavli, a California business leader and philanthropist, is dedicated to advancing science for the benefit of humanity, promoting public understanding of scientific research, and supporting scientists and their work. The foundation’s mission is implemented through an international program of research institutes, professorships, symposia, and other initiatives in the fields of astrophysics, nanoscience, neuroscience, and theoretical physics.