With support from the Kavli Foundation, the Vice-Presidents of the American Astronomical Society (AAS) name a special invited lecturer to kick off each semiannual AAS meeting with a presentation on recent research of great importance. At the 239th AAS meeting in Salt Lake City, Utah, on 9 January 2022, the Fred Kavli Plenary Lecture will be given by Dr. Jane Greaves, Professor in the School of Physics and Astronomy at Cardiff University. 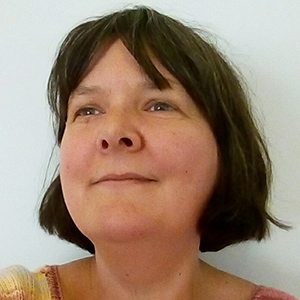 Greaves is a world leader in the field of exoplanet habitability and its connections with life in our solar system, particularly as observed with far-infrared and submillimeter telescopes. She is being honored at AAS 239 for her team’s unexpected discovery of phosphine in the atmosphere of Venus and its exciting implications for the possibility of life. Phosphine gas could originate from unknown photochemistry or geochemistry or, by analogy with biological production of phosphine on Earth, from the presence of life. The title of Greaves’s Kavli lecture will be “Phosphine in the Atmosphere of Venus.”

Prof. Greaves earned her PhD in 1990 and has held a variety of appointments over her career, including positions at the University of St Andrews, the Royal Observatory Edinburgh, the James Clerk Maxwell Telescope, the University of Massachusetts, and Queen Mary University of London. She joined Cardiff University in 2015.

Greaves’s research focuses on planet formation around young stars, as well as connections to our own solar system — with particular emphasis on the dwarf planet Pluto and icy moons of Jupiter and Saturn that may harbor life. Greaves’s diverse scientific achievements across her career include capturing the first image of an exocomet belt around a Sun-like star, producing the first magnetic-field map of a starburst galaxy, obtaining a direct image of the first proto–brown dwarf candidate, detecting the high atmosphere of Pluto for the first time, and making the first ground-based detection of molecules around Saturn’s moon Enceladus.

Greaves is the leader of the Planet-Earth Building-Blocks Legacy eMERLIN Survey (PEBBLeS), a project that seeks to image the thermal emission from pebble-sized dust grains, revealing where and when baby planets are being built. In 2017, Greaves was awarded the Institute of Physics Fred Hoyle Medal and Prize for her seminal far-infrared imaging of debris disks around Sun-like stars and solar system bodies.

The AAS is delighted to honor Prof. Jane Greaves with the January 2022 Fred Kavli Plenary Lectureship.

183 x 183 px jpg, 83 kilobytes
https://aas.org/sites/default/files/inline-images/jane-greaves.jpg
Astronomer Jane Greaves of the Cardiff University will give the Fred Kavli Plenary Lecture, “Phosphine in the Atmosphere of Venus,” at the 239th meeting of the American Astronomical Society in Salt Lake City, Utah, on 9 January 2022. Photo provided by Jane Greaves.

The Kavli Foundation, established in December 2000 by Fred Kavli, a California business leader and philanthropist, is dedicated to advancing science for the benefit of humanity, promoting public understanding of scientific research, and supporting scientists and their work. The foundation’s mission is implemented through an international program of research institutes, professorships, symposia, and other initiatives in the fields of astrophysics, nanoscience, neuroscience, and theoretical physics.