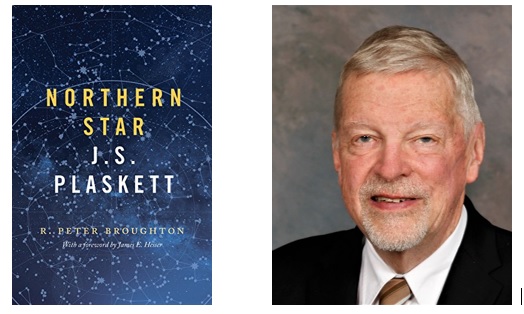 This insightful and well-researched monograph provides not only a definitive biography of John Stanley Plaskett (Canada’s best-known astronomer a century ago) but also a vivid picture of the state of astronomy in Canada in the late 19th and early 20th centuries, and of our understanding of the universe at that time. Northern Star relates both Plaskett’s personal life story and his substantial contributions to stellar and galactic astronomy. The author feels no qualms in portraying some of his subject’s character flaws: the narrative clearly suggests that Plaskett was something of a publicity hound, and intolerant of administrative interference.

While there is a plethora of biographies for American, British, and European astronomers of the early 20th century, the contributions to astronomy by Canadians have been largely overlooked. In making this award, the Historical Astronomy Division recognizes that Peter Broughton has provided an important addition to the literature on astronomical history.

After specializing in astronomy as an undergraduate at the University of Toronto, Peter Broughton taught mathematics and physics in Toronto high schools for 33 years. While pursuing a master’s degree he developed a deep appreciation for the history of science and began writing articles for the Journal of the Royal Astronomical Society of Canada (RASC) and the Journal for the History of Astronomy. Peter served as the President of the RASC from 1992 to 1994 and was awarded its Chant Medal in 2018. He published Looking Up: A History of the Royal Astronomical Society of Canada in 1994. Minor planet 16217 peterbroughton was named in his honor in 2005.

The Donald E. Osterbrock Book Prize is given in odd-numbered years. Books copyrighted in the two to five years before the award year are eligible. HAD originated the prize in 2009 and named it in memory of Donald Osterbrock in 2010. Osterbrock was a longtime HAD member, a contributor to nearly every HAD meeting, HAD Chair from 1987 to 1989, and the recipient of HAD’s highest honor, the LeRoy E. Doggett Prize for Historical Astronomy, in 2002. He was also the author of several books and articles on the history of astronomy.

The 2023 Osterbrock Book Prize will be presented to Mr. Broughton at the HAD Town Hall in Seattle on 9 January 2023 at the 241st AAS meeting.

We would like to thank the members of the HAD Prize Committee for their efforts in selecting this year’s award winner: Marcia Bartusiak, Sethanne Howard, Kevin Krisciunas, Amy Oliver, and Samantha Thompson. A special note of gratitude goes to Terry Oswalt, who assumed the role of Prize Committee Chair in Alan Hirshfeld’s absence.