May 2022 Issue of Physics Today Is Online & in the Mail 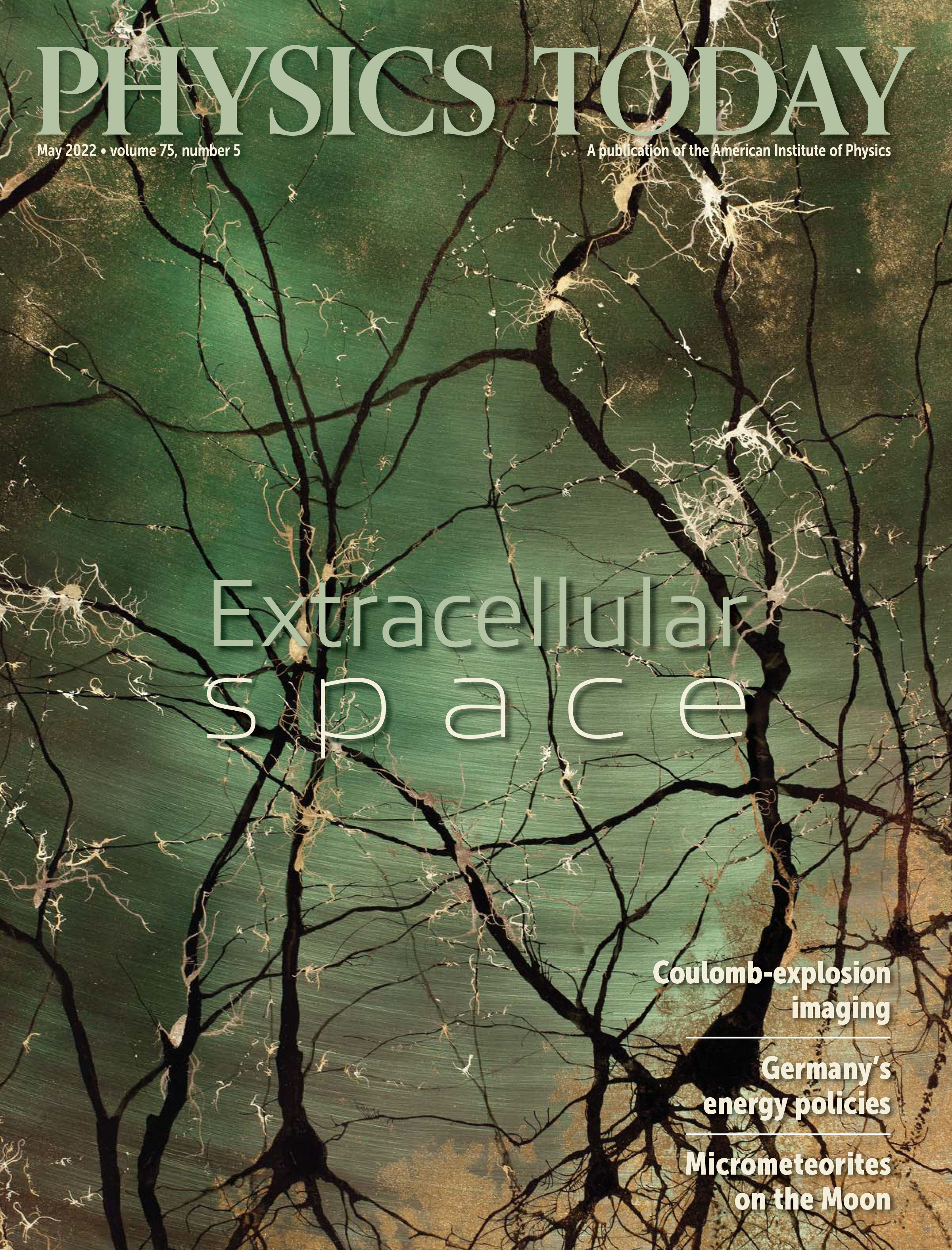 The Secret World in the Gaps between Brain Cells
Innovations in diffusion analysis and imaging techniques have gradually revealed the ubiquity and importance of extracellular space. — Charles Nicholson

ABACC to the Future
At the end of the Cold War, two South American rivals built a system of nuclear safeguards that culminated in the 1991 founding of a bilateral organization, ABACC. Can that nonproliferation regime be exported? — Christopher Dunlap

Coulomb-Explosion Imaging Tackles an 11-Atom Molecule
Until now, the technique was thought to work only on molecules with no more than about five atoms. A powerful X-ray source leaves that limit in the dust. — Johanna L. Miller

Glass Ages in Material Time
The long-standing assumption that the same relaxation processes underlie linear and nonlinear aging is now backed up by experiments. — Christine Middleton

Further Delays at ITER Are Certain, but Their Duration Isn’t Clear
A halt to construction, pandemic-caused delays in deliveries, labor strife, and concerns about potential beryllium exposure are among recent challenges to the fusion project. — David Kramer

Quasicrystals and the Birth of the Atomic Age
The first nuclear bomb explosion led to the formation of a novel form of matter, known as a quasicrystal, with an elemental composition that had never been seen before. — Luca Bindi and Paul Steinhardt

1 Apr 2022
Most AAS members receive the magazine Physics Today, published by the American Institute of Physics, as a membership benefit. The April issue is now en route to subscribers' mailboxes and can be accessed online.