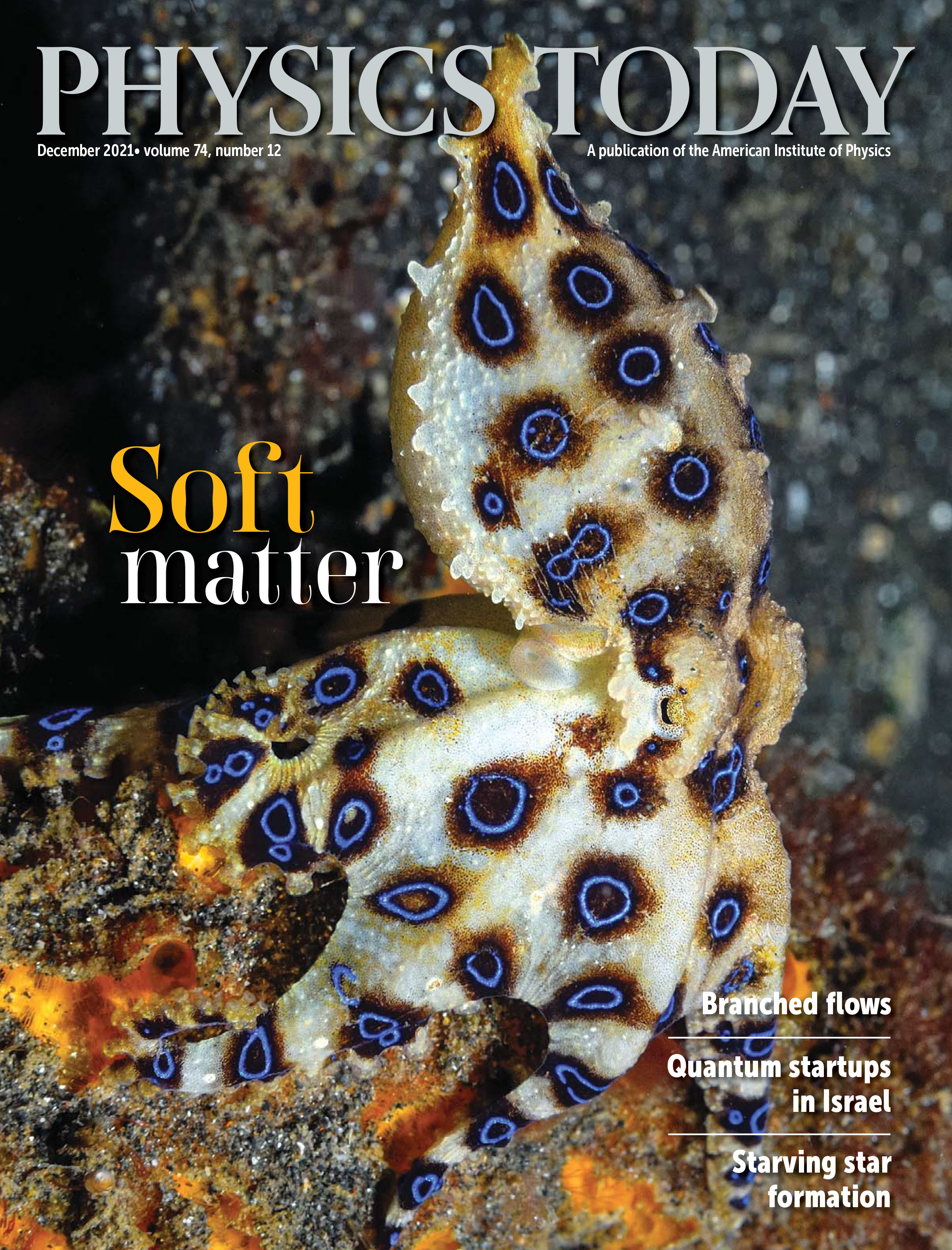 Subsurface Imaging Shows Scale of the Tragedy of Indigenous Children
Archaeologists and geophysicists in Canada are trying to pinpoint the signatures of unmarked burials by using geophysical methods in varied terrains. — Rachel Berkowitz

Biological Tissues as Mechanical Metamaterials
How can researchers geometrically tune the extent to which a material embodies a stiff or flexible structure? — Amanda Parker

Ten Billion Years Ago, Galaxies Were Already Running Out of Gas
A look into the distant reaches of the universe offers clues about when, why, and how star formation shuts off. — Johanna L. Miller

Israel Has Become a Powerhouse in Quantum Technologies
A supportive government, available capital, and world-class academic institutions are some of the factors behind the nation’s quantum ascendance. — David Kramer

The Quantum Mechanics of Viscosity
Although a liquid’s viscosity depends strongly on temperature and pressure, its minimum value is fixed by fundamental physical constants. — Kostya Trachenko & Vadim Brazhkin

1 Nov 2021
Most AAS members receive the magazine Physics Today as a membership benefit. The November issue is now en route to subscribers' mailboxes and can be accessed online.