AAS Member Appointed to the National Science Board

This post is adapted from a National Science Board press release: 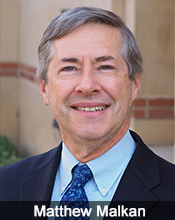 On 11 January the outgoing president appointed two new members to the National Science Board (NSB). One of them is astronomer and AAS member Matthew Malkan (University of California, Los Angeles). The NSB is the governing body of the National Science Foundation (NSF) and advises Congress and the administration on issues in science and engineering. NSB members serve six-year terms.

Office of Science and Technology Policy Director Kelvin Droegemeier administered the oath of office for Malkan, joined by NSB Chair Ellen Ochoa. “This is a critical time for science and engineering in our country,” said Ochoa. “Our board of accomplished individuals, which is now at full capacity, is dedicated to pursuing new knowledge and delivering benefits to society.”

Matthew Malkan is Distinguished Professor of Physics and Astronomy at UCLA. He makes multiwavelength observations across the electromagnetic spectrum and measures very distant galaxies and how they have evolved across cosmic time, including the buildup of their stars, their heavy elements, and their giant black holes. He has authored or co-authored more than 500 scientific articles in refereed journals, and several hundred conference proceedings, chapters, and other publications. He is also a frequent scientific reviewer for the NSF and NASA, focusing on prize fellowships and ground- and space-based telescopes.