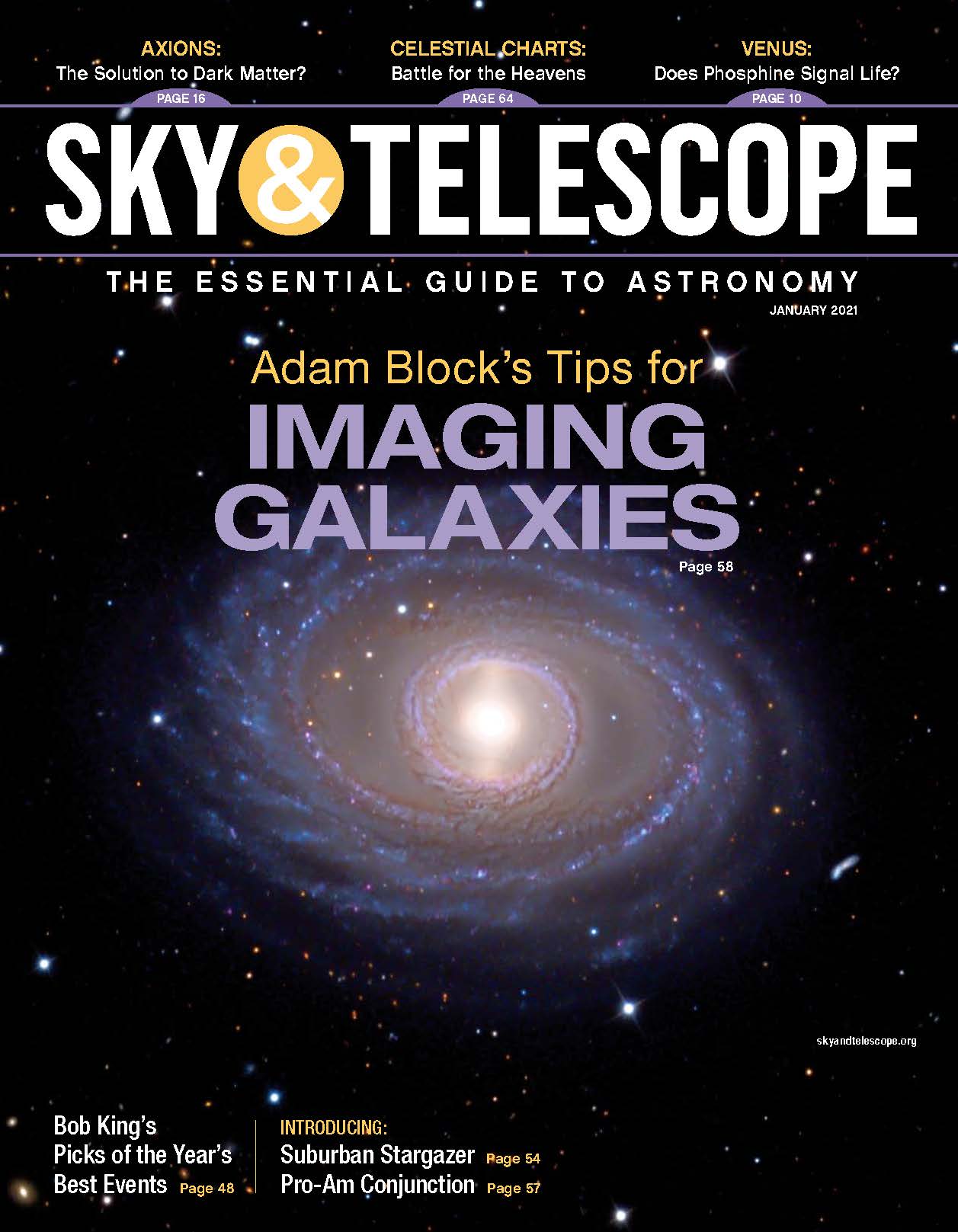 New Columns, Winter Galaxies, and Ice on the Moon

In the January 2021 issue of Sky & Telescope, we’re introducing three new columns: Evenings with the Stars, Suburban Stargazer, and Pro-Am Conjunction. Evenings with the Stars will focus on naked-eye stargazing, while Suburban Stargazer will help readers make the best of light-polluted skies. Pro-Am Conjunction looks at the connections between amateur and professional astronomers, starting with a classic in every sense of the word: the century-old American Association of Variable Star Observers (AAVSO). After constellation-gazing, we’re ready to break out the big scopes and head out in search of dark skies. We hunt down some stunning winter galaxies and offer helpful tips for capturing their intricate details. While we gaze up at the light from our galaxy and others, in this issue we’re also seeing the dark side: From the ice hidden in permanently shadowed craters on the Moon to the tiny particles that might be the answer to dark matter, we’re taking a long hard look at the darkness and beginning to wonder what else it might be hiding.

Axion Hunters
The search for an almost invisible and wholly hypothetical elementary particle is on!
By Benjamin Skuse

Looking for Ice in the Dark
Tiny spacecraft are launching to tell us more about the water ice that lurks in shadowed craters on the Moon.
By Christopher Cokinos

Picturing Galaxies
Here are some tips to get the most out of your galaxy images.
By Adam Block

The Schiller Enterprise
The story of one man’s attempt to recast the constellations of mythology with biblical figures.
By Michael Mendillo

Phosphine in the Clouds of Venus
Read about the discovery of a potential biosignature in Venus’s clouds.

Amateur Astronomer Discovers a Large Asteroid
Learn about the kilometer-sized, potentially-hazardous near-Earth asteroid that was recently discovered by an amateur. 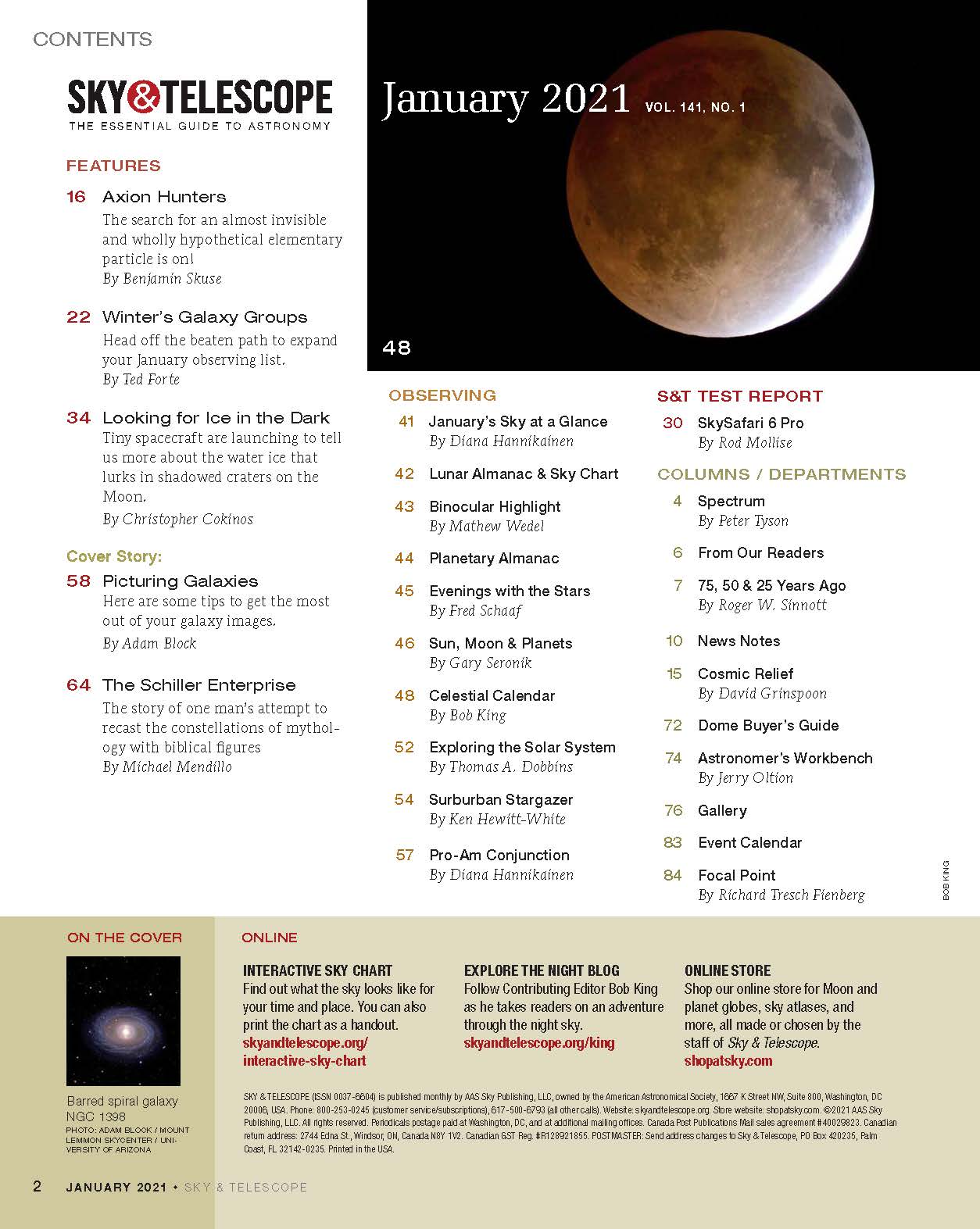 Sky Highlights for 2021
A full year of observing enjoyment awaits.
By Bob King

The “Blue Clearing” on Mars
This legendary phenomenon is a product of Earth’s atmosphere rather than the Red Planet’s.
By Thomas A. Dobbins

Taking On Taurus
Even under bright city skies, the Bull contains celestial sights worth seeking.
By Ken Hewitt-White

29 Oct 2020
Find out what's in the December 2020 issue of Sky & Telescope, such as a preview of the best meteor shower of the year and tips for watching it.

16 Sep 2020
In the October 2020 issue of Sky & Telescope, all eyes are on Mars, including our favorite images from the Mars Reconnaissance Orbiter as well as observing tips as the Red Planet reaches opposition.