This post is adapted from a National Science Board press release:

When it comes to Americans’ confidence in institutional leaders, scientists can feel good about their track record. The share of Americans who report having a “great deal of confidence” in leaders of the scientific community has been relatively stable over the last several decades and was 44% in 2018, second only to that for military leaders. Even before the current COVID-19 crisis, most Americans consistently supported federal funding of scientific research and believed that this research is beneficial. These and other data are available in a new report that the National Science Board (NSB) released last week.

Science and Technology: Public Attitudes, Knowledge, and Interest examines indicators of Americans’ attitudes and understanding, concern about, and knowledge of science and technology (S&T). The report identifies high-level trends and patterns for the US public overall as well as for selected demographics. It also compares US public attitudes, support for public funding of science, and knowledge about science and technology with other countries. The report is part of Science and Engineering Indicators 2020, the NSB’s congressionally mandated report on the state of the US science and engineering enterprise. 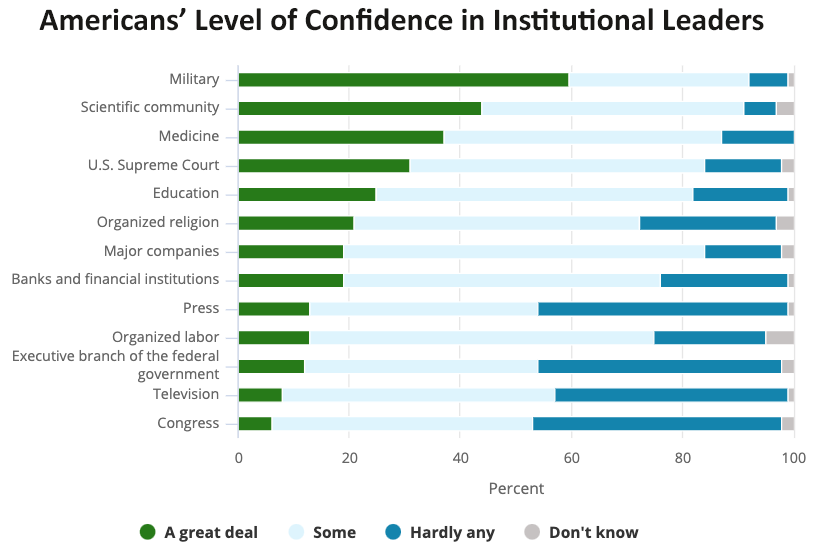 “It’s interesting to see that in most cases, according to the indicators in this report, Americans continue to be positive about science and technology,” said Robert Groves, former member of the NSB’s Science and Engineering Policy Committee, which oversees development and production of Indicators in collaboration with National Science Foundation’s National Center for Science and Engineering Statistics. “And it is heartening to see that many Americans see enough value in S&T that they would support increasing federal spending on scientific research.”

According to the report: