We are thrilled to announce that our aas.org website was chosen as the winner of a Webby Award in the association category. The International Academy of Digital Arts and Sciences announced the winners on Tuesday, 19 May.

Each year, the Webbys — called the “Internet’s highest honor” by the New York Times — feature two awards per category: one chosen by the International Academy of Digital Arts and Sciences, and one designated by popular vote called the People’s Voice Award. This year the Webbys received nearly 13,000 entries from 50 states and 70 countries worldwide. The People's Voice Awards are especially meaningful, because they are voted on by you, the internet's users! More than 2.5 million votes were cast in this year's People's Voice competition. 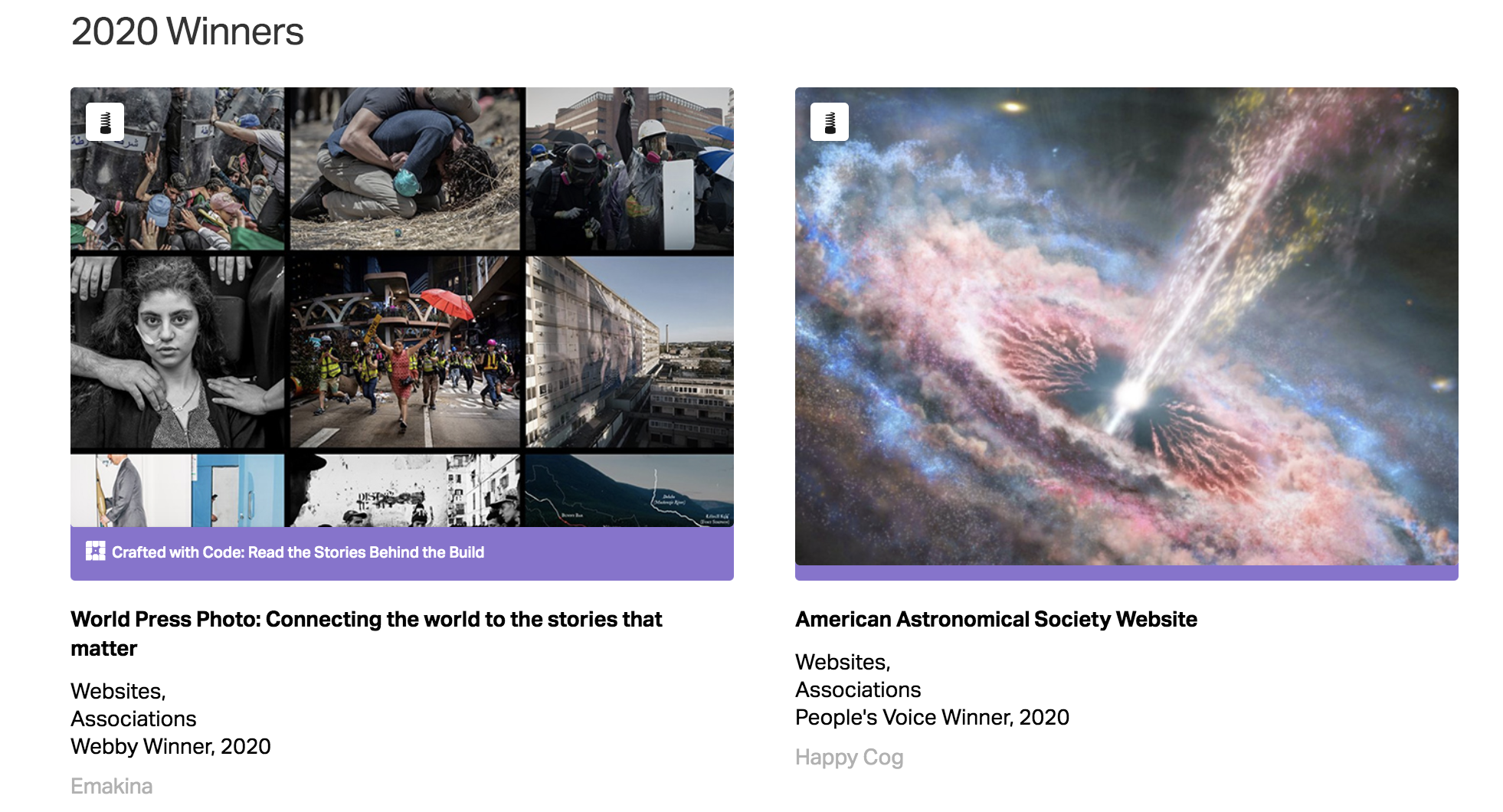 Thanks to everyone who voted and showed support for the AAS! We are extremely thankful to our colleagues at Happy Cog for their excellent work on the new AAS website and their continuing efforts to enhance the site.