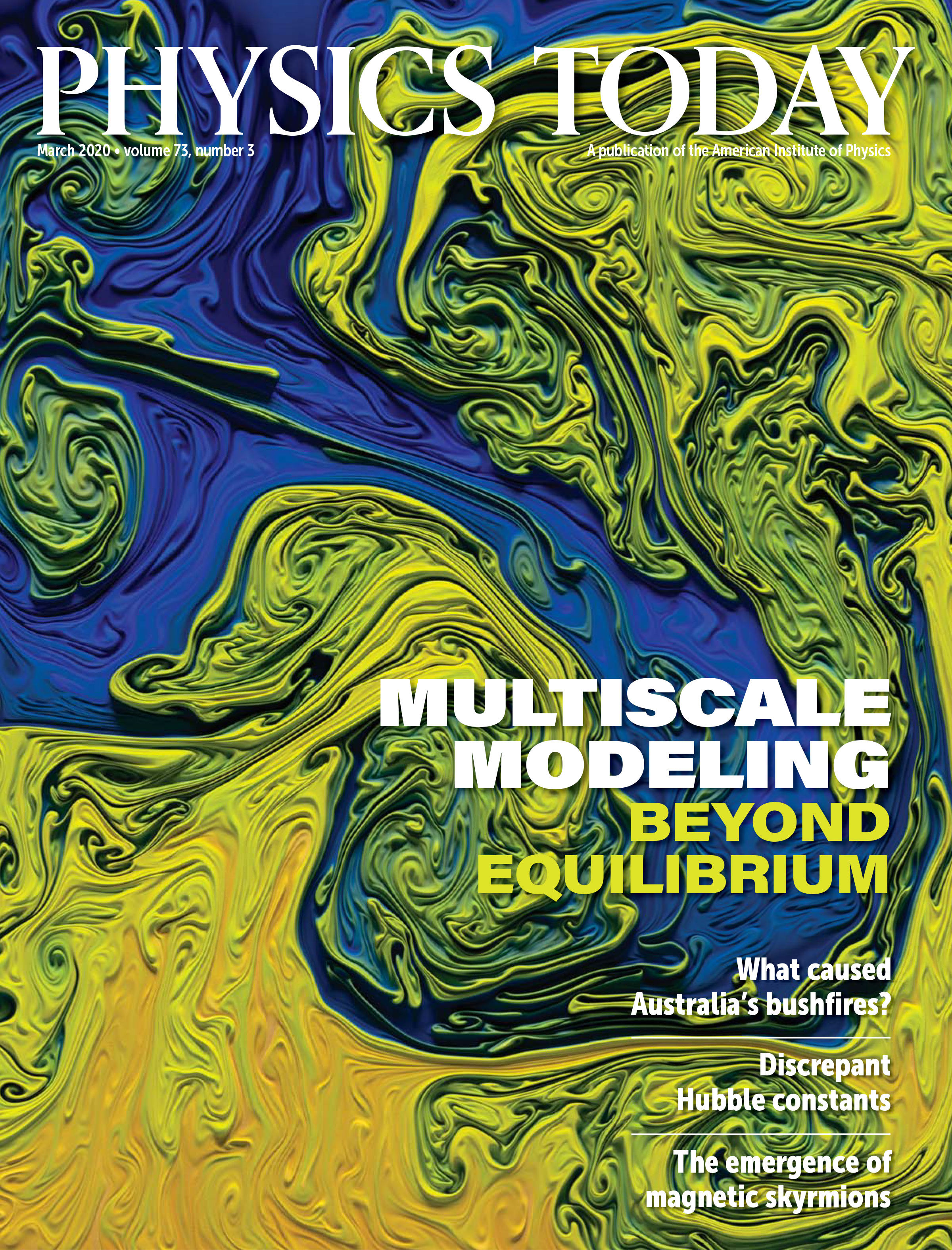 The Fall and Rise of the Doppler Effect
The phenomenon is so pervasive that we stake our lives on it, but Doppler’s idea faced fierce criticism that took half a century to overcome. — David Nolte

Gravitational-Lensing Measurements Push Hubble-Constant Discrepancy past 5σ
If the tension can’t be attributed to systematic errors, it could be a sign of new cosmological physics. — Johanna L. Miller

Brookhaven Facility to Be Transformed into Electron–Ion Collider
The Long Island lab prevailed over a rival proposal from the Thomas Jefferson National Accelerator Facility in Virginia. — Toni Feder

What Caused Australia’s Disastrous Wildfires? It’s Complicated
The country’s catastrophic bushfire season could either be a one-off or a new normal, experts say. — David Kramer

Nikola Tesla, a Man of His Time
A review of Iwan Rhys Morus's Nikola Tesla and the Electrical Future. — Richard Bradley

Space Weather on the Moon
Apollo missions placed astronauts outside Earth’s protective magnetosphere for days at a time. Future missions risk exposing them to solar and cosmic radiation for months. — Larry Townsend

3 Feb 2020
Most AAS members receive the magazine Physics Today as a membership benefit. The February issue is now en route to subscribers' mailboxes and can be accessed online.