The number of first-year students enrolled in US physics graduate programs has remained relatively stable in recent years and was around 3,200 students in the 2018-19 academic year. There were 241 first-year graduate students enrolled in US graduate astronomy programs in the 2018-19 academic year. Most first-year graduate students held an undergraduate degree in physics or astronomy and felt well or adequately prepared for their graduate studies. The majority of first-year students were funded with teaching assistantships and received full tuition waivers. Their long-term employment goals varied considerably by both a student’s highest anticipated physics degree and citizenship status. 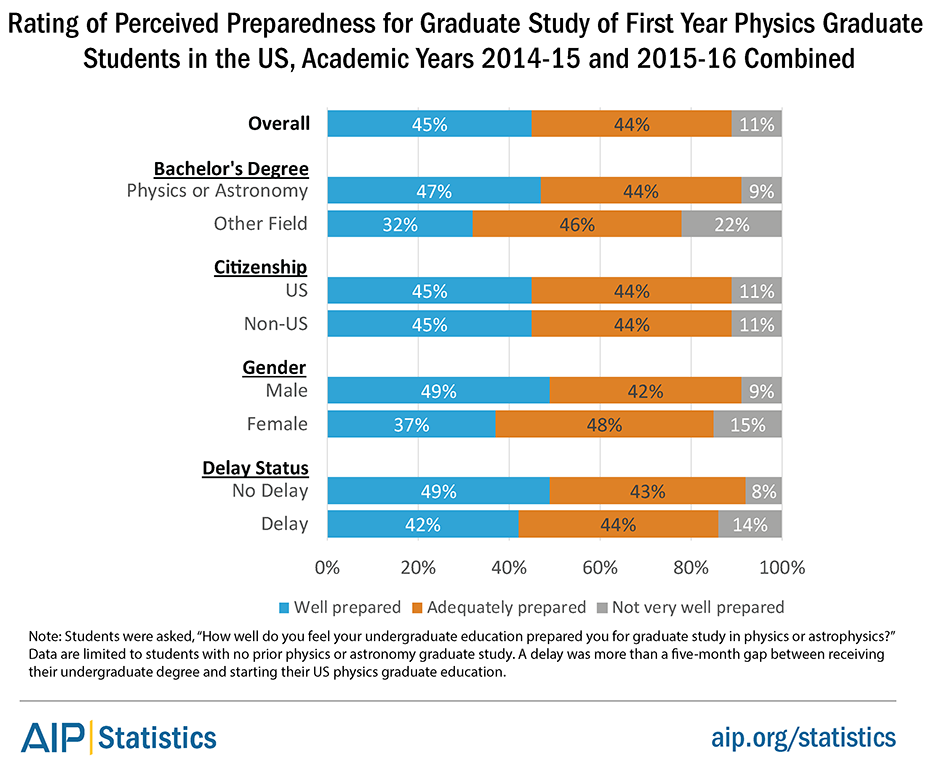 The data presented in this report are drawn from two sources. Data on the number of physics and astronomy students enrolling in US graduate programs come from the annual American Institute of Physics (AIP) departmental Enrollments and Degrees survey and includes enrollment data through the 2018-19 academic year. Data concerning student background and educational experiences come from AIP surveys of first-year physics and astronomy graduate students. First-year students were surveyed in two consecutive academic years, 2014-15 and 2015-16.

24 August 2019
A new report from the American Institute of Physics details the initial employment outcomes of astronomy bachelors, masters, and PhDs from the classes of 2014, 2015, and 2016 combined.

New from AIP: Physics Doctorates One Year After Degree

4 February 2016
A new report from the American Institute of Physics Statistical Research Center examines what new physics PhDs from the classes of 2013 and 2014 are doing the year after receiving their degrees.