In keeping with its goal to recognize and develop promising future scientists in space-related disciplines, the Universities Space Research Association (USRA) has announced the 2019 winners of its prestigious Distinguished Undergraduate Awards. These honor outstanding undergraduate students in fields of aerospace engineering and space science through a competitive process. They are granted to students who tackle challenging questions in space research and exploration, particularly astrophysics and astronomy and engineering, demonstrate leadership abilities, and are poised to make significant contributions to their field of study.

The awards were established to honor the service and memory of individuals who made significant contributions to their fields and to USRA. All the awardees are listed in our USRA press release. Three of the four winners are undergraduate student members of the AAS: 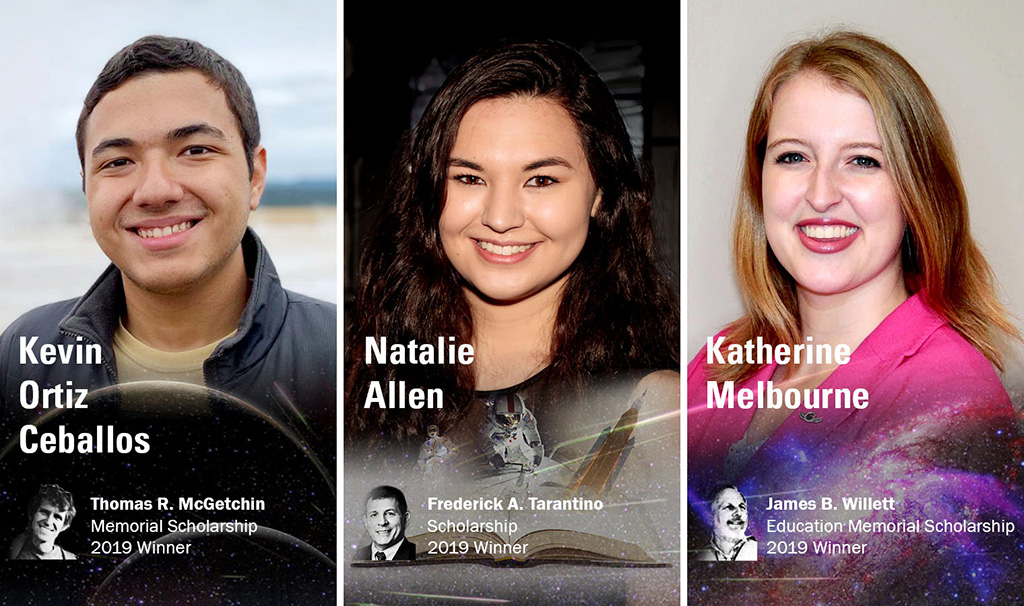 Natalie Allen, University of Rochester
Frederick A. Tarantino Scholarship Award
This scholarship award recognizes the late Frederick A. Tarantino, USRA President and CEO from 2006 to 2014, in recognition of his many contributions to USRA and his dedication to furthering the education of young scientists and engineers in space science related fields.

Katherine Melbourne, Yale University
James B. Willett Education Memorial Scholarship Award
This scholarship award recognizes the efforts of the late James B. Willett, a noted astrophysicist who worked with USRA through the Jet Propulsion Laboratory and NASA Headquarters.

“This year’s winners represent the very best of tomorrow’s space scientists and engineers,” says Dr. Jeffrey A. Isaacson, USRA President and CEO. “This award is a testament to their achievements to date, and their promise as future leaders in space science and associated technology development.”

The USRA Distinguished Undergraduate Award Program annually provides college scholarship awards to outstanding students who have a career interest in the sciences or engineering with an emphasis on space research, space science education, or aerospace. For 2019 judges from 13 universities reviewed 85 eligible candidates: junior and senior undergraduates who needed to meet criteria that included achieving a GPA of 3.5 or higher and demonstrating leadership skills and the potential to impact space science and STEM education.