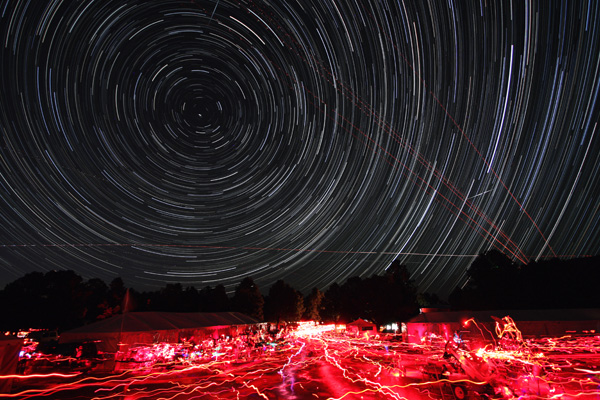 As a magazine, Sky & Telescope serves its readers deep dives into observing and science topics. On our website, Sky & Telescope similarly dives deep into breaking astronomy and observing news. Staff and freelance writers cover a variety of topics, from what to see tonight, to news from the amateur community, to the latest exoplanet discoveries. We then compile these news stories into short-and-sweet pieces for the monthly News Notes department.

In every story, we pride ourselves on delving into the facts behind the headlines and giving context to the newest discoveries for the interested reader — whether they be an amateur, armchair, or professional astronomer.

Read a selection of our stories from the month of October, highlighted below, or visit our website for the latest astronomy news. (And stay tuned for our website’s new look and friendlier feel, coming in January!)

The RTMC Astronomy Expo, a favorite yearly convo of amateur astronomers and telescope makers, is ending. The author takes a look back at the meeting's glory days.

Four comets, a famous variable star, and sprinkles of dust from Halley's Comet are highlights of the October sky.

Analysis by an independent team has ferreted out seven new candidates for gravitational-wave events from merging black holes.

Astronomers have found 20 new moons circling Saturn — and you can help name them!

The 2019 Nobel Prize in Physics goes to cosmologist James Peebles and to exoplanet hunters Michel Mayor and Didier Queloz. The prize honors discoveries that have offered new perspectives on our place in the universe.

Best Image Yet of the Cosmic Web

Using the light cast by galaxies bursting with new stars, astronomers have mapped out a piece of the cosmic web only 2 billion years after the Big Bang.