This Month in Astronomical History: 50 Years of CCDs

Each month as part of this series from the AAS Historical Astronomy Division (HAD), an important discovery or memorable event in the history of astronomy will be highlighted. This month's guest author, Sara Turriziani, Computational Physics Laboratory, RIKEN, Japan, reflects on the pioneering work on CCDs. Interested in writing a short (500-word) column? Instructions along with previous history columns are available on the HAD webpage.

Now a gold-standard for astronomical applications, the charge-coupled device (CCD) was born on 17 October 1969 at Bell Labs in Murray Hill, New Jersey. That day Willard Boyle and George Smith brainstormed together to address a request made to Boyle by Jack Morton, vice-president of Bell Labs Electronics Technology, who had asked him to devise a possible solid state analog to magnetic bubble memory using semiconductor technology. Their meeting was short but fruitful. Smith recalls that "in a discussion lasting not more than an hour, the basic structure of the CCD was sketched out on the blackboard, the principles of operation defined, and some preliminary ideas concerning applications were developed." 1 They described the new device concept and suggested imaging among the possible applications in an article published only a few months later in April 1970,2 and for this invention they were awarded the 2009 Nobel Prize in Physics.

This pioneering work on CCDs was then built upon specifically for imaging applications by Michael F. Tompsett and his team including Ed Zimany and Carlo Sequin at Bell Labs in the 1970s. Tompsett proposed a modification to the original design so that the CCD could read off an image, and store it on another portion of the device, while the next image was recorded on the silicon surface.3 This intuitive leap allowed him and his team to produce the first CCD imagers and the first all-solid-state color camera.4

At that time photographic plates were commonly used at astronomical observatories given their unrivaled resolution and wide field of view. However, their low quantum sensitivity was a severe limitation, and astronomers used techniques to improve performance in the case of longer exposures, such as hypersensitizing photographic emulsions with hydrogen gas.5 Nonetheless many efforts to develop new robust electronic devices suitable for astronomical applications started around 1960, and in the 1970s many astronomers were using vidicons† and some other early solid state devices such as silicon intensified phototubes (SITs) for their research.6 Between 1973 and 1979, NASA’s Jet Propulsion Laboratory (JPL) partnered with Texas Instruments to develop CCD arrays for space missions. Jim Westphal of Caltech soon recognized the potential capabilities of the CCD and proposed it as an alternative technology for the Wide Field/Planetary Camera on the Hubble Space Telescope.7

In 1976 Jim Janesick, an engineer at JPL, and Brad Smith, a planetary scientist at the University of Arizona, obtained the first images of astronomical objects with a CCD camera using the 61-inch telescope on Mt. Bigelow.8  The results were so promising that within a few years CCDs had become the detectors of choice for astronomers, replacing photographic plates and intensifier tubes. They are prized for their outstanding performance in low light conditions, high quantum efficiency, long integration times, large array sizes, high transfer efficiency, excellent linearity, and broad spectral range. Moreover, CCDs give astronomers “instant gratification” as the data can be seen immediately after readout. Current applications span from near-infrared to X-ray observations.

Although devices based on complementary metal oxide semiconductor (CMOS) technology are becoming common in many everyday applications, the CCD is still the technology of choice for the astronomical observatories being planned for the next decade.9 For example, astronomer Tony Tyson, one of the pioneers of using CCDs for astronomy, and who also worked at Bell Labs, is now advising the effort to build the mosaic camera for the Large Synoptic Survey Telescope, which at 3.2 gigapixels and 3,200 cm2 will be the largest CCD camera ever built. 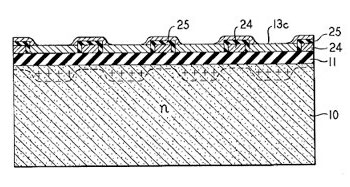 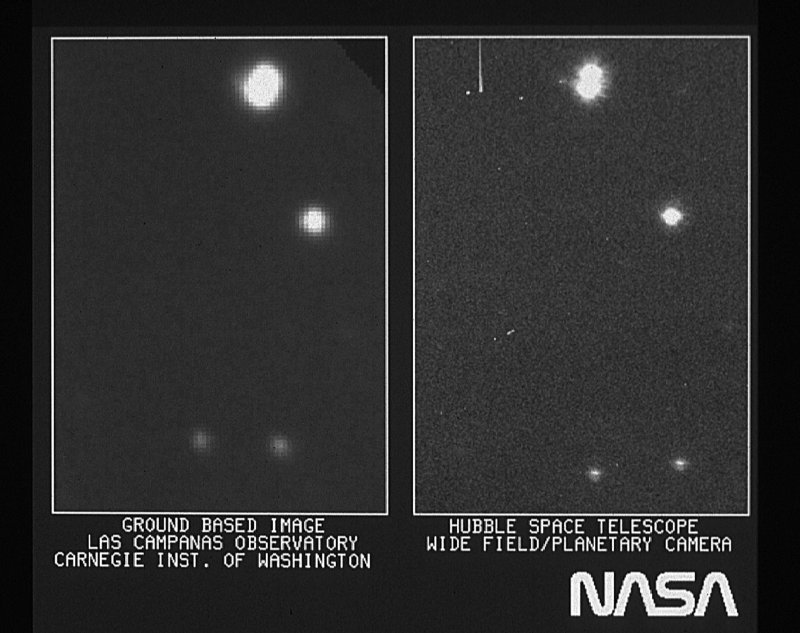