This post is adapted from a press release issued jointly by the AAS and S&T: 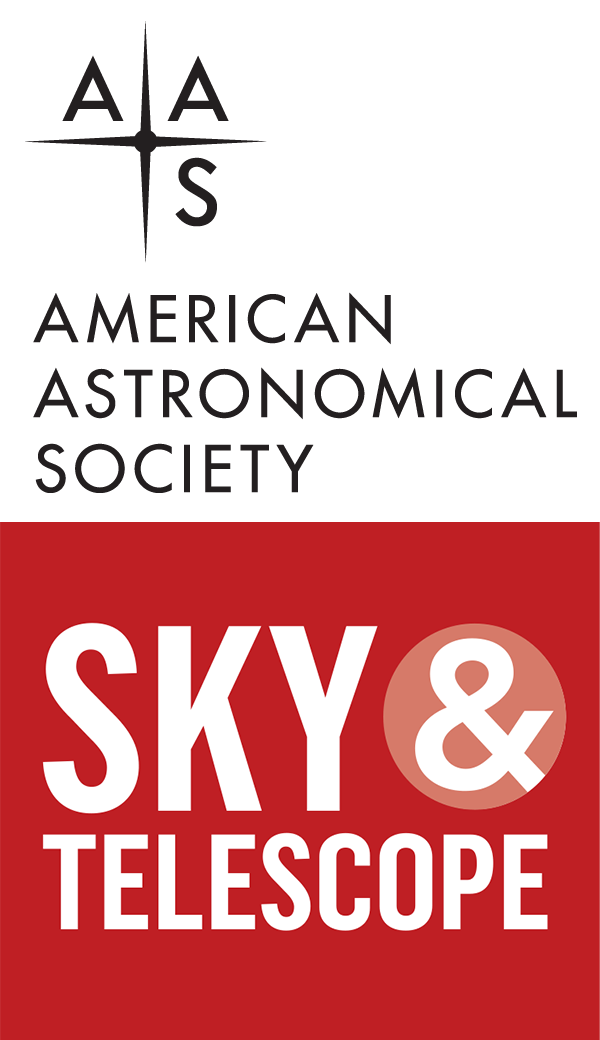 S&T's current owner, the magazine- and book-publishing company F+W Media, sought Chapter 11 bankruptcy protection in March 2019 after what court filings described as six years of poor strategy and management at the corporate level. The AAS was the winning bidder for S&T in a bankruptcy auction process that concluded on Monday, 17 June, pending approval by all parties to the transaction, final documentation, filing of final sales agreements and schedules with the bankruptcy court, and a successful closing process.

The AAS anticipates that S&T's staff of editors, designers, illustrators, and advertising sales representatives will become AAS employees but will continue to work out of the magazine's offices in Cambridge, Massachusetts. As it accomplishes the operational transitions needed to publish S&T, the Society anticipates making few if any changes to the editorial content or the way the magazine operates, and subscribers should see no interruption in its monthly delivery schedule. Enhancements and new products and services are likely in the future; these will be developed in partnership with the magazine's editors and readers and with the Society's members and other stakeholders.

"The synergies between our two organizations are many and strong," says Peter Tyson, Editor in Chief of Sky & Telescope. "Many AAS members grew up on S&T, and we regularly report on the discoveries made by AAS members."

Sky & Telescope was founded in 1941 through the merger of two earlier magazines: The Sky, produced at New York's Hayden Planetarium, and The Telescope, published first at Ohio's Perkins Observatory then later at Harvard College Observatory. The business was employee-owned until 2006, when the staff sold it to the craft-and-hobby publisher New Track Media, which in turn sold it to F+W in 2014.

Before he became AAS Press Officer in 2009, astronomer Rick Fienberg worked at S&T for 22 years, serving from 2001 to 2008 as Editor in Chief. Upon learning of F+W's financial difficulties, he suggested that the magazine could be a good fit for the AAS, which publishes two of the leading peer-reviewed journals in the field — the Astronomical Journal (AJ) and the Astrophysical Journal (ApJ) — and which recently created an Amateur Affiliate category of membership for backyard astronomers, many of whom collaborate on scientific research with their professional counterparts. AAS Executive Officer Kevin Marvel agreed and wrote a detailed proposal to the Board of Trustees, who unanimously endorsed the idea of trying to acquire S&T's business assets, not only because of S&T's close strategic alignment with the Society's own goals, but also because it would enhance the AAS's ability to connect with amateur astronomers and the general public.

"The AAS Board was totally onboard with the acquisition of Sky & Telescope," quips AAS President Megan Donahue (Michigan State University). "Many of us are current and loyal subscribers, and more than a few started reading S&T when they were young and noted that the wonderful articles and beautiful graphics helped inspire them to choose a career in the astronomical sciences. The AAS and S&T together will be greater than the sum of the parts."

"I decided to become an astronomer while voraciously reading back issues of Sky & Telescope during study hall in 10th grade," recalls Marvel. "I'm thrilled with the Society's acquisition of S&T and look forward to integrating the business fully into our operations, which will allow us to expand our efforts to fulfill our mission to enhance and share humanity's scientific understanding of the universe."

"We couldn't be happier that we'll now be producing Sky & Telescope and our other products under the auspices of the American Astronomical Society," Tyson says. "We look forward to working with the AAS on our shared goals: supporting astronomers of all stripes, getting the word out about astronomical discoveries, enhancing pro-am collaborations, and mentoring the next generation of astronomers. It feels like S&T is finally landing where it belongs."