This Month in Astronomical History: May

Each month as part of this series from the AAS Historical Astronomy Division (HAD), an important discovery or memorable event in the history of astronomy will be highlighted. This month's guest author, Daniel John Kennefick (University of Arkansas), focuses on the May 1919 eclipse expeditions that confirmed a key prediction of general relativity and made Einstein famous. Interested in writing a short (500-word) column? Instructions along wth previous history columns are available on the HAD webpage.

The 1919 Solar Eclipse from the Standpoint of Astronomy

The May 1919 eclipse expeditions that confirmed a key prediction of general relativity and showed that Newton’s theory of gravity was incomplete are justly famous as one of the most important scientific enterprises of the 20th century. Although the observations undertaken — of the bending of starlight due to the curvature of spacetime by the Sun's mass — were obviously astronomical in nature and carried out by astronomers, the importance of the verdict reached for theoretical physics has naturally resulted in the event being framed for popular audiences largely in physics terms. It has not helped that two famous theoreticians, Albert Einstein and Sir Arthur Stanley Eddington, have drawn so much attention in accounts of the event aimed at popular audiences, that other protagonists have been left out of the story altogether. Even the chief organizer of the expeditions, England’s Astronomer Royal, Sir Frank Watson Dyson1, is often marginalized or even omitted from contemporary accounts.

For example, in the television movie Einstein and Eddington (2008)2, Dyson appears only as Eddington’s assistant on the island of Principe, a place which, in real life, Dyson never visited! A recent article for WIRED magazine mentions Dyson only in one paragraph for his role in drawing attention to the special suitability of the 1919 eclipse for this experiment. After that it drops him, making misleading statements such as "Eddington also sent a group of astronomers to take measurements from Sobral, Brazil, in case the eclipse was blocked by clouds over Príncipe."3 In fact, the expedition to Sobral was launched by the Royal Observatory, Greenwich, of which Dyson was director. Many people labor under the misapprehension that the important photographs were taken on Principe, when in fact Eddington was severely handicapped by clouds and got little usable data. The article continues "When Eddington returned to England, his data from Príncipe confirmed Einstein's predictions. Eddington announced his findings on Nov. 6, 1919."3 In fact, the essential data were taken by Dyson’s assistants at Sobral, Charles Davidson and Andrew Crommelin, and their data was reduced at Greenwich by Dyson and Davidson, with Eddington learning of their deliberations only by letter. The famous joint meeting at which the results were announced was summoned by Dyson, and he and Eddington presented the results together.4 Generally in their public appearances, Dyson presented the experimental findings and Eddington concentrated on theory. But since modern accounts focus on the theoretical ramifications, it is unsurprising that Eddington’s role is elevated above that of Dyson’s.

This is a pity because some contemporary criticisms of the 1919 expeditions have arisen largely through the mistaken impression that the measurements were made by a theorist whose bias in favor of Einstein predisposed him to find in the latter’s favor. In reality Dyson was quite skeptical of relativity, yet in spite of this it was he who reached the conclusion (as we can see from the data analysis notes written in his handwriting) to find in favor of the prediction of general relativity.5 Most worryingly of all, modern accounts fail to emphasize the important skills required by the astronomers involved, which Dyson especially, along with Davidson, possessed in abundance. They were experts in differential astrometry, having frequently measured subarcsecond shifts in stellar positions as part of their research into stellar parallaxes and proper motions. They had honed their skills working on the Carte du Ciel, the first all-sky photographic survey, and its associated Astrographic Catalogue of stellar positions. This was an influential early example of large-scale international cooperation in science, and it established the techniques that would be used in making the 1919 eclipse expeditions a success. In this centenary year let’s hope that this aspect of the history of astronomy will be highlighted to restore some balance to our understanding of this important part of scientific history. 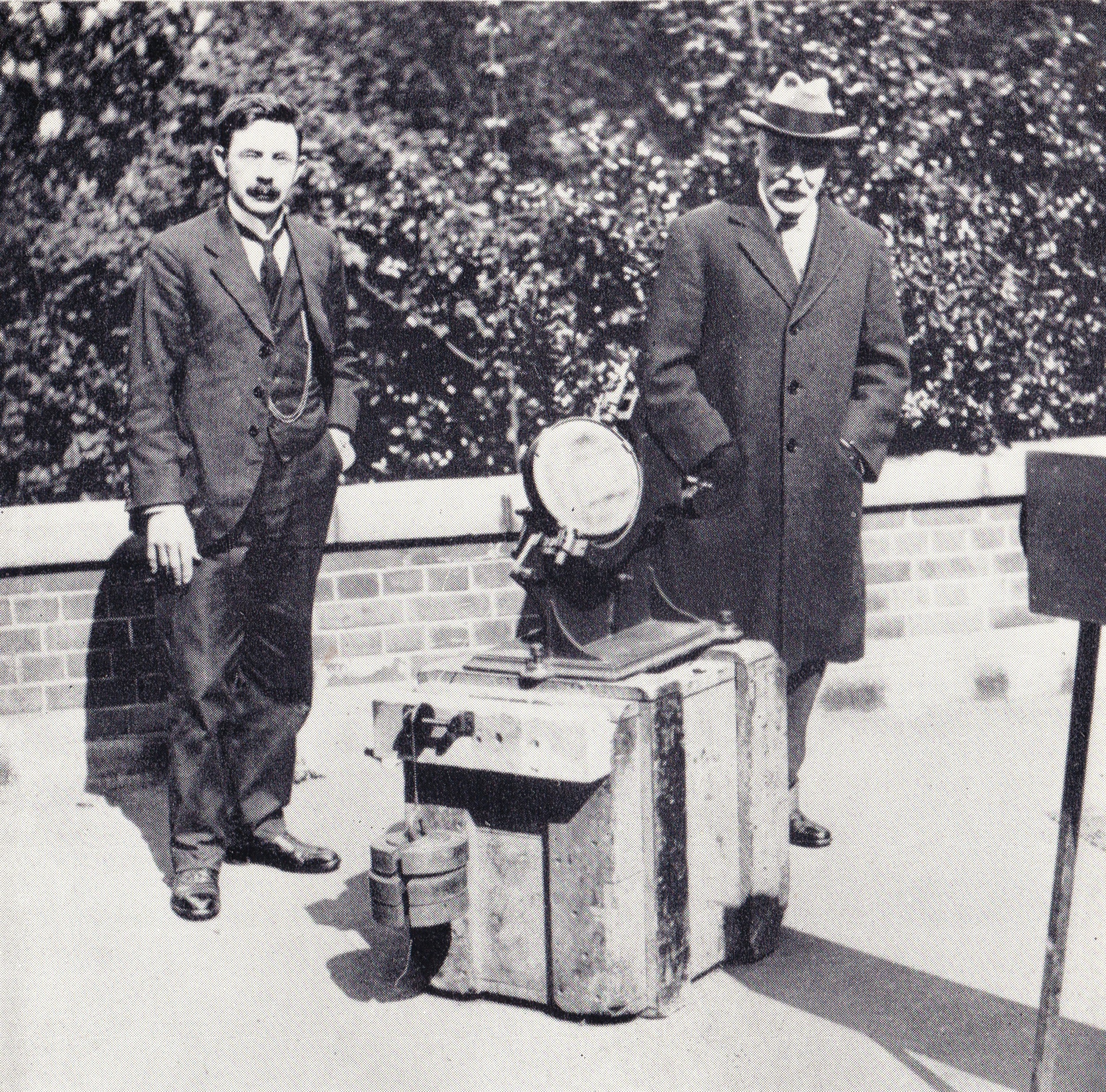 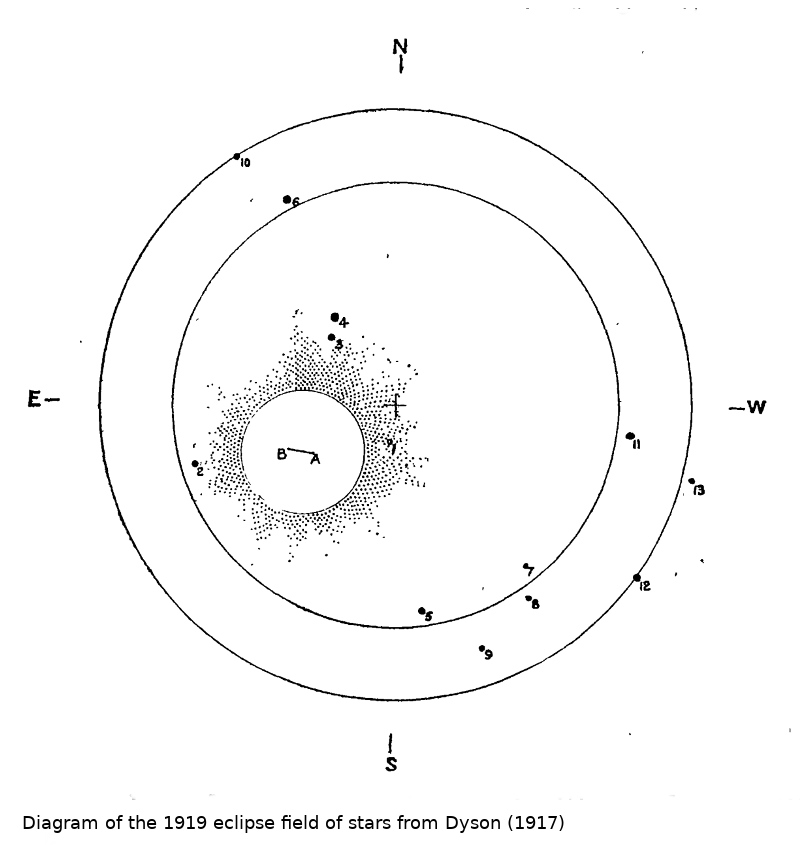 Figure 1: Photo of Charles Rundle Davidson and Frank Watson Dyson taken at the Royal Observatory, Greenwich, during preparations for a total solar eclipse in 1927. The mirror positioned between them was the same one used in taking the most important data at Sobral during the 1919 eclipse.

5. Kennefick, D. 2019, No Shadow of a Doubt: The 1919 Eclipse that Confirmed Einstein’s Theory of Relativity (New Jersey: Princeton University Press).