This Month in Astronomical History: August

Each month as part of this series from the AAS Historical Astronomy Division (HAD), an important discovery or memorable event in the history of astronomy will be highlighted. This month's guest author, Virginia Trimble, Professor of Physics and Astronomy, UC Irvine, and winner of the 2019 Andrew Gemant Award of the American Institute of Physics, reflects on one hundred years of the International Astronomical Union. Interested in writing a short (500-word) column? Instructions along with previous history columns are available on the HAD webpage.

Reflections on 100 Years of the International Astronomical Union

World War I destroyed many things; 8.5–10 million military lives ended — more if you count collateral damage to civilians. Astronomer Leslie J. Comrie lost a leg; pianist Paul Wittgenstein lost his right arm; and many organizations aimed at international collaboration in the sciences that had come into being during the preceding 25–30 years screeched to a halt, included were George Ellery Hale’s International Union for Collaboration in Solar Research and the less formal organization that had been trying to complete the Carte du Ciel a. The Treaty of Versailles includes a list of about 30 treaties and the organizations that should be allowed to continue. Most of them deal with health issues and standardization, while one limits night work for women. So much for female astronomers.

In October 1918, when it had become clear who was going to win the war, scientists from Belgium, Brazil, France, Great Britain, Italy, Japan, Portugal, Serbia, and the United States met in London (and again in November in Paris) and adopted a series of resolutions, committing their respective national organizations to withdrawal from existing international ones and to formation of new ones as scientifically appropriate, limited to those nations at war with the Central Powers b, with admission of neutral nations to come later.

That was what happened in Brussels in July 1919, leading to the establishment of the International Research Council (IRC, later ICSU), the International Astronomical Union (IAU), and very shortly thereafter, the International Unions of Pure and Applied Physics (IUPAP) and Pure and Applied Chemistry (IUPAC). All began with national members; IUPAP and IUPAC continue to have multiple commissions with only 20 or 25 members each. The IAU now has both national and individual members (nearly 14,000 of the latter). Germany, Austria, Hungary, Turkey, and Bulgaria eventually joined in, but mostly after World War II. (I have chaired the IUPAP Commission on Astrophysics as well as being president of two different IAU Divisions).

A few anecdotes stand out. The first set of IAU Commissions had as its Number 1 Relativity, with Arthur Eddington (of the 1919 solar eclipse expeditions) as its first president, voted itself out of existence in 1925 under Tullio Levi-Civita. A very few women appear in early lists of participants, but the first to serve as president of a commission was probably Anne Underhill for Variable Stars 1961–1964. Commission 28, Galaxies, was the first to have two women as president: E. Margaret Burbidge (1970–1973) and Vera Rubin (1982–1985). Relativity did not return to the IAU until 1970, with Commissions 47 and 48, Cosmology and High Energy Astrophysics established. China came (1935 and 1959) and nearly went, but was able to settle in as a single member country with two adhering organizations (based in Taipei and Beijing) at the IAU General Assembly in Patras in 1982. The discussions had been greatly helped by the fact that the president of the Chinese Astronomical Society, Chang Yu-Che (1902–1986), and the president of the IAU, Adriaan Blaauw (1914–2010), had been colleagues and young friends when working with Otto Struve at Yerkes Observatory in 1947–1948. This is, I would like to think, a hint for future relationships between American astronomers and visitors from other nations.

A careful perusal of the three references could lead you almost anywhere. I recently learned that it really was true: the first paper from my PhD thesis was refereed by a former Nazi. But you might also learn that the country with the largest ratio of IAU presidents to its population is the Netherlands: Willem de Sitter (1925–1928, who had transmitted Einstein's general relativity papers to Eddington in England), Jan H. Oort (1958–1961, who, by having sneaked into the Rome General Assembly in 1922, became the last person to have attended every General Assembly by the time of his death), Adriaan Blaauw (1976–1979), and Lodewijk Woltjer (1994–1997, along with Blaauw and Harry van der Laan, one of the multiple Dutch directors of the European Southern Observatory).

The IAU today is heavily engaged in education and outreach, having sponsored something like 41 International Schools for Young Astronomers, and having “Education, Outreach, and Heritage” as one of its nine primary Divisions. There is also the Office of Astronomy for Development headquartered in Cape Town, South Africa.

I would like to end, however, by quoting remarks written by Jan Oort for the IAU’s 50th anniversary in 1969:

"Looking over the entire time of my relations with the Union, the most important aspects have been in the first place the many personal relations and often friendships which came about through these relations, and, in the second place, having become involved in building up international understanding and fertile contact between countries where sometimes relations outside astronomy were extremely poor. Politicians have rightly envied us for the natural ties between peoples we had been able to establish and to conserve.” 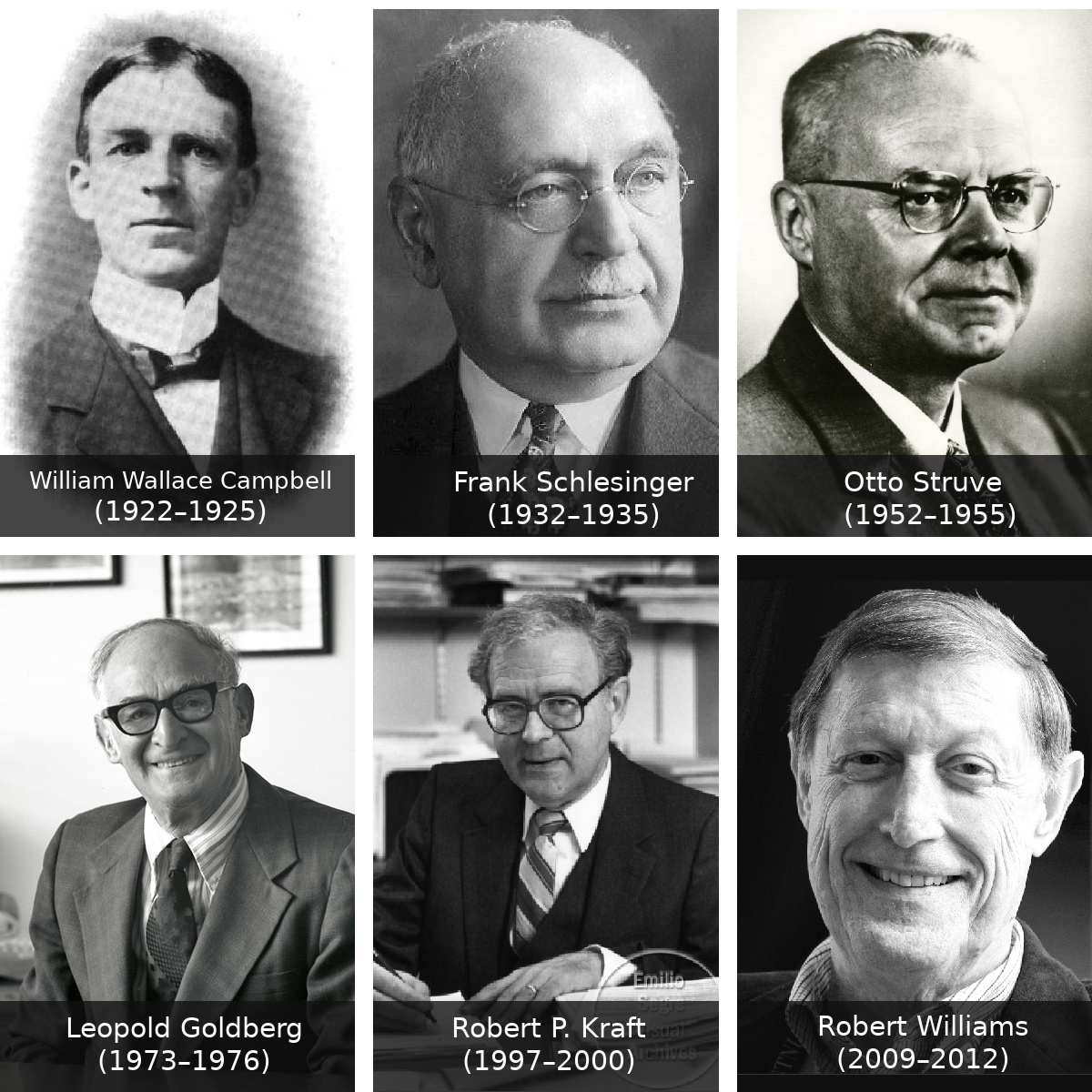 Figure: Past IAU presidents from the US

b. Central Powers refers to the political alliance consisting of Germany, Austria-Hungary, the Ottoman Empire, and Bulgaria.