Reflections on Ethics at the AAS

The development and subsequent member approval of the AAS Code of Ethics were relatively recent (2017). The Code not only defines guidelines for acceptable behavior but also describes the processes for reporting and investigating suspected breaches. But there is much more work to do, drawing upon our experience of our processes and their consequences.

This topic was the major subject of discussion at the all-day AAS Strategic Assembly in June 2018 in Denver, right before the 2018 summer meeting. Members of the Board of Trustees, along with chairs of the Divisions and major standing committees, discussed ethics in general and then divided themselves into breakout groups focusing on publication ethics, our Code of Ethics, and our Anti-Harassment Policy. 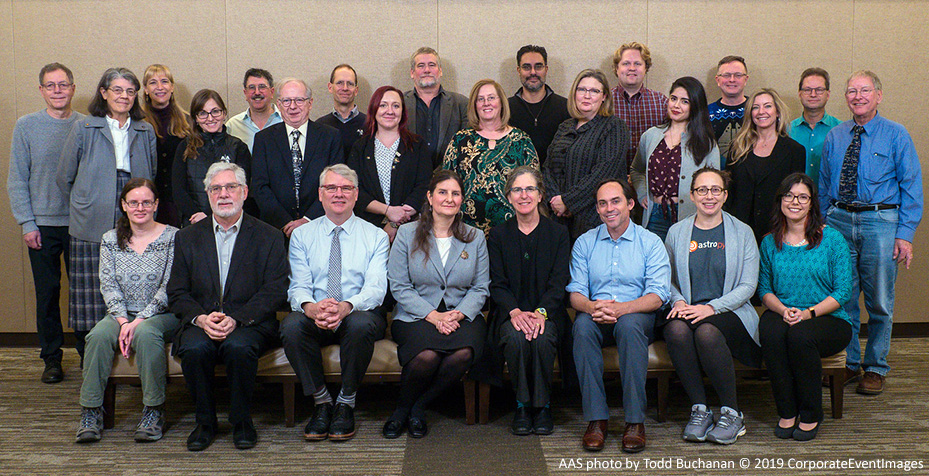 As a consequence of this discussion and of subsequent ones during our monthly telecons, last summer the Board set up what has become the AAS Ethics Task Force, chaired by Kelsey Johnson, with members drawn from the Board and the Strategic Assembly. This group was asked to wrestle with how to incorporate the ideals expressed in the Code of Ethics into our processes as a Society and to identify areas for priority discussion and action. Some of the ideas the task force is working on include these:

If there is one potent lesson that all organizations can learn from the horrific case of sports physician Larry Nassar at my home university, it is that survivors of harassment must be heard and may need immediate care. The long and painful history of the Nassar abuse investigation finally turned toward resolution when an investigator believed a victim. Believing the victim does not mean making a preemptive judgment about the accused; in this particular case, believing a victim materially changed the questions that were asked of the accused. The case broke open when investigators no longer accepted glib and unsupported responses about "standard practice" from someone who was highly respected at the time. We want badly, as human beings, to believe that a doctor of such reputation is not actually doing harm, because the enormity of believing otherwise leads to the unthinkable conclusion that we — our community of coaches, of administrators, of the other adults in the room — created the space for a criminal to assault women, some of them only children. We can do better, but only if we prepare to face some uncomfortable and horrible truths about people we once trusted. (For more on the Nassar case, listen to the NPR podcast "Believed.")

The American Geophysical Union (AGU), actually inspired by the AAS itself, has done some ground-breaking of its own, leading with the declaration that harassment of other scientists is a breach of scientific ethics. They have established processes that incorporate the consideration of the ethical standing of award winners, candidates for office, and Union leaders that we are now adapting to use in the context of our own Society. The AAS now requests that letters of support for Society awards comment on the nominee's adherence to the Code of Ethics, in the experience of the letter writer. The AAS is preparing a standard form that will be signed and returned for our records by all future award winners, acknowledging the Code of Ethics as one of the criteria for being a member in good standing.

We know there are problems. We know we're embedded in a culture that has notions of justice but the fact of injustice. Open conversations need to be allowed to happen for our work to proceed. Do you want to contribute to our conversation on ethics in science and what your professional society could be doing? Send your topic ideas and suggestions by email to AASEthicsTF@aas.org. We are listening.