This Month in Astronomical History: March

Each month as part of this series from the AAS Historical Astronomy Division, an important discovery or memorable event in the history of astronomy will be highlighted. This month's guest author Virginia Trimble (University of California, Irvine) focuses on when astronomy met the periodic table. Interested in writing a short (500 word) column? Instructions along wth previous history columns are available on the HAD webpage.

On 6 March 1869, members of the newly formed Russian Chemical Society heard a presentation by Nikolai Alexandrovich Menshutkin of a periodic table of the chemical elements formulated by Dmitry Ivanovich Mendeleev. It was published later that month in Russian1 and soon after in German2. This was not the first such periodic table, nor by any means the last, but it was the ancestor of the one most of us first saw in school. And it was also the table that prompted UNESCO, the United Nations, the American Chemical Society, the International Union of Pure and Applied Chemistry, and so forth to declare 2019 the International Year of the Periodic Table of Chemical Elements.

From an astronomical viewpoint, however, the most striking aspect of the 1869 table (Fig. 1) and some of its predecessors and immediate successors, was the gaping hole between atomic weight = 1 (hydrogen) and 7 (lithium). This just begged to be filled in by one or more very light elements. The elements had to be light in order to fill those spaces between atomic weights 1 and 7, and in order to float in nearly empty outer space or in the solar corona. The corona was then thought to be cold, because of being located far from the source of photospheric heat. We now know that it is hot enough to support elements like C, N, and O.

Even more curious was the 1867 spiral periodic system of Gustavus D. Hinrichs (Fig. 2).3 The original so obviously needed one more spoke between those carrying F, Cl, Br, and I; and Li, Na, K, Rb, and Cs, that I have added it as a dashed line and dots where the new spoke crosses the spiral, obviously predicting Ne, Ar, Kr, Xe, and maybe helium and radon.

The three discoveries discussed here all occurred within about five years, just as looking through a spectroscope was being replaced by photographs through a spectrograph, and the emission lines involved all fall in the yellow-green part of the spectrum where human eyes are most sensitive. Here are the particulars of the most popular elements proposed to fill in those gaps:

Nebulium4: William Huggins, 29 August 1864. A close pair of emission lines (λλ 4959, 5007 Å) in the spectrum of GC 4373 (later NGC 6543) from his own observatory in London, the first night he turned his telescope to a nebula rather than the stars for which he had been finding continua with absorption lines. Various identifications with known lines of nitrogen, magnesium, and so forth gave way to a 1927 interpretation from Ira Sprague Bowen5 as the forbidden transitions from the 1D2 to 3P2 and 3P1 states of doubly ionized oxygen, [O III]. Huggins himself probably used the name nebulium, as did Agnes Mary Clerke; and Lady Margaret Huggins, who endorsed it in a paper called “...Teach me how to name the ... light”.6 This is a Shakespearean quote, from Act I, Scene 2 of The Tempest, and an age when the Astrophysical Journal was less rigid than at present.

Helium7: Norman R. Pogson, 18 August 1868, and Joseph N. Lockyer8, 15 November 1869. A line initially confused with sodium-D in the spectra of solar prominences, first at the 1868 eclipse and soon afterwards by using spectroscopes to pick out prominence emission lines without an eclipse. Na-D was a single feature then, now resolved into λλ 5890/5896 Å, with the helium feature a smidge to the blue from the pair. The name probably came from Edward Frankland, though neither it nor the reality of the element was fully accepted until 1895, when William Ramsay identified it in gas emanating from the uranium ore clevite. Lockyer9 lived to fight another day, but the Nobel Prize (Chemistry, 1904) went to Ramsey for the discovery of inert gasses.

Coronium10: Charles A. Young and William Harkness, very separately, 7 August 1869, observing an eclipse, with a track somewhat like the August 2017 one, from different sites in Iowa. A single emission line at λ 5307 Å, superimposed on the continuous spectrum of the solar corona. The name came from Anton Karl Grünwald11 who thought it came from dissociation of hydrogen in the solar atmosphere and was subsequently counted in 1911 by Nicholson as one of the four protyles. Sorted out 1939-43 somewhat competitively by Walter Grotrian and Bengt Edlén (against the background of a more severe competition called World War II) as a ground-state, forbidden transition in Fe XIV (13-times ionized). Lawrence H. Aller has a nice discussion, complete with the numbers as they were known around 1940.12

A number of other elemental non-names appeared in the 19th century, including Asterium, Newtonium, Cassiopeium, Aldabaranium, and Oronium. The rapid takeover of astronomical spectroscopy by photographic methods contributed to terminating the process, but also meant that attention was shifted to wavelengths shortward to calcium H and K, but extending redward only just to H-β, because of the sensitivity of silver halide. I would be remiss not to credit Eric Scerri’s 2007 volume, though I find it difficult to love his favorite version of the periodic table, which puts helium above beryllium.13 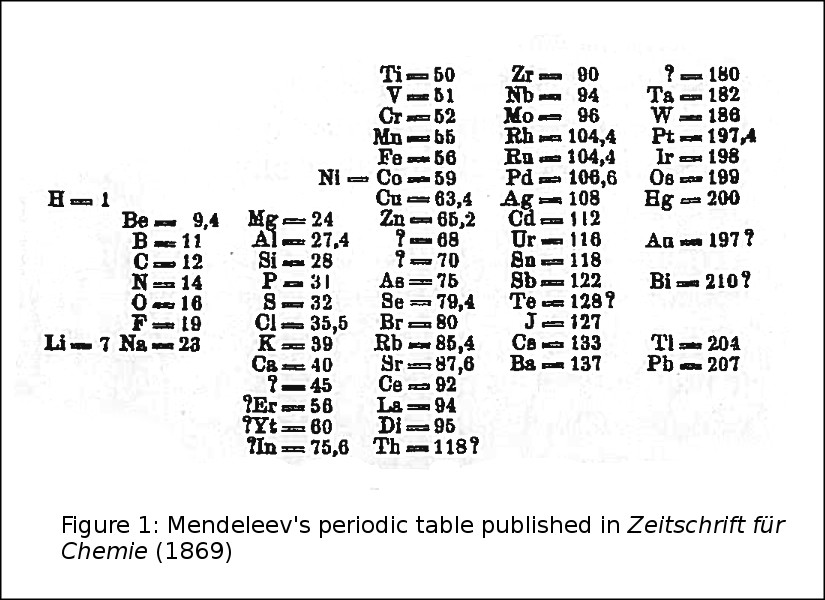 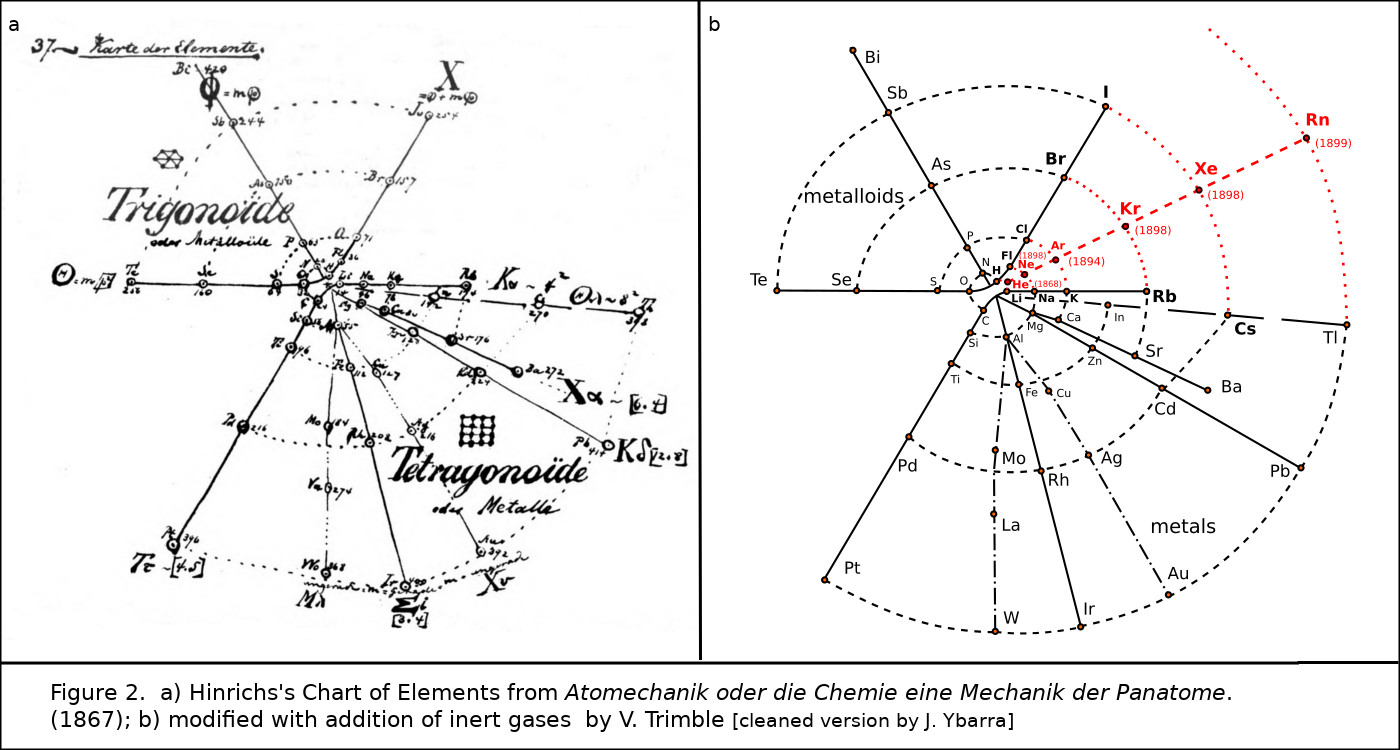