Each month as part of this series from the AAS Historical Astronomy Division, an important discovery or memorable event in the history of astronomy will be highlighted. This month, guest author Jason E. Ybarra of Bridgewater College focuses on the 115th anniversary of the L’Aigle meteorite fall. 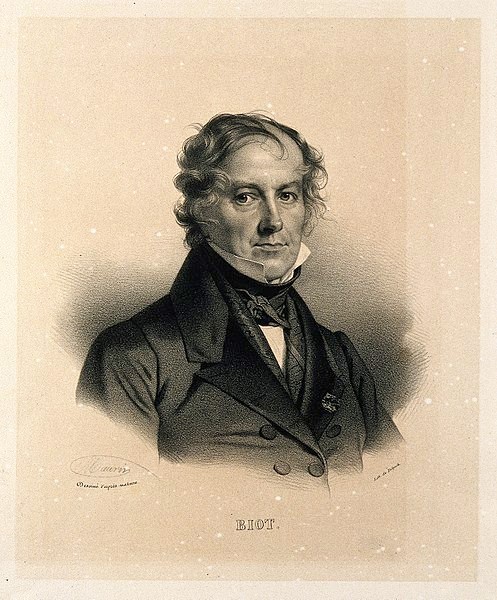 This past April was the 115th anniversary of the L’Aigle meteorite fall. On 26 April 1803, thousands of pieces of cosmic debris fell upon L’Aigle, a small town 90 miles west of Paris. News of the fall quickly made its way to Paris, where on May 9th the chemist Antoine-Francois de Fourcroy reported news of the event to the National Institute of Sciences (Class des Sciences de l'Institut). Subsequently, a young scientist and newly elected member of the institute, Jean-Baptiste Biot, was tasked to investigate the fall.1 Biot traveled to L’Aigle, collected evidence, interviewed eyewitnesses, and produced a detailed report.2 This report is credited with putting to rest the controversy on the origin of meteorites.

So, what was this controversy? The idea of rocks falling from the heavens seemed inconceivable and was deemed unphysical by the scientists of the day.3 Meteorites were thought to either have volcanic origin or to somehow have formed in the atmosphere. In the 17th century, René Descartes hypothesized that lightning fused atmospheric dust into stones,4 an idea revisited in the late 18th century by the chemist Antoine-Laurent de Lavoisier.5

Then, in 1794, nine years before the L’Aigle fall, physicist Ernst Chladni published a book suggesting that iron meteorites had an extraterrestrial origin, noting the correlation between reported fireballs and stone falls, and the physical similarities of the rocks recovered from the falls.6 Chladni postulated the existence of small bodies strewn throughout the solar system, primordial in nature, that never formed into planets — a notion contradictory to both Newton’s and Aristotle's views of the heavens. The initial reception of the book was mixed, but it had sparked debate among scientists, some accepting Chladni’s hypothesis, others completely rejecting it in favor of other hypotheses involving volcanoes, violent ocean currents, or formation in situ by lightning striking iron ore.7 However, a few years after the publication of Chladni’s book, astronomers began making discoveries of a new type of solar system object, the asteroid. Giuseppe Piazzi discovered Ceres in 1801,8 followed by the discovery of Pallas by Heinrich Olbers in 1802. Around the same time in 1802 the chemists Jacques-Luis de Bournon and Edward C. Howard started analyzing meteorites, finding them to have different chemical profiles and contain different minerals than terrestrial rocks.

These new discoveries led to increased acceptance of Chladni’s idea, but not all were convinced. There was still resistance in accepting reports of falling stones, as these were usually secondhand accounts coming from rural areas and were thus considered suspect.3 Herein lies the importance of Biot’s report. Biot was systematic and careful in collecting evidence, conducting his investigation on the scene at the location of the fall. He took care to obtain testimonies from a diverse sample of eyewitnesses, considering their credibility and possible biases and establishing the reliability of the accounts. Finally, Biot noted the differences in composition and structure between the fallen stones and the local stones of the area. Hence Biot’s report became that final piece of evidence that led to the acceptance of the extraterrestrial origin of meteorites.1 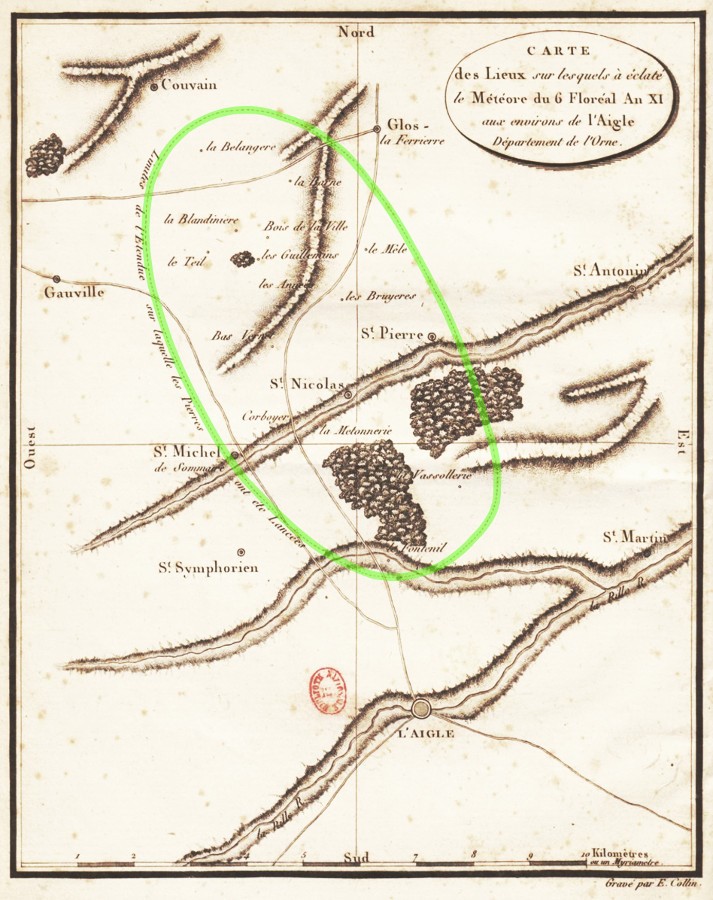