Each month as part of this series from the AAS Historical Astronomy Division, an important discovery or memorable event in the history of astronomy will be highlighted. This month, guest author Kevin Schindler of Lowell Observatory focuses on an astronomical observation made by Leonardo da Vinci. 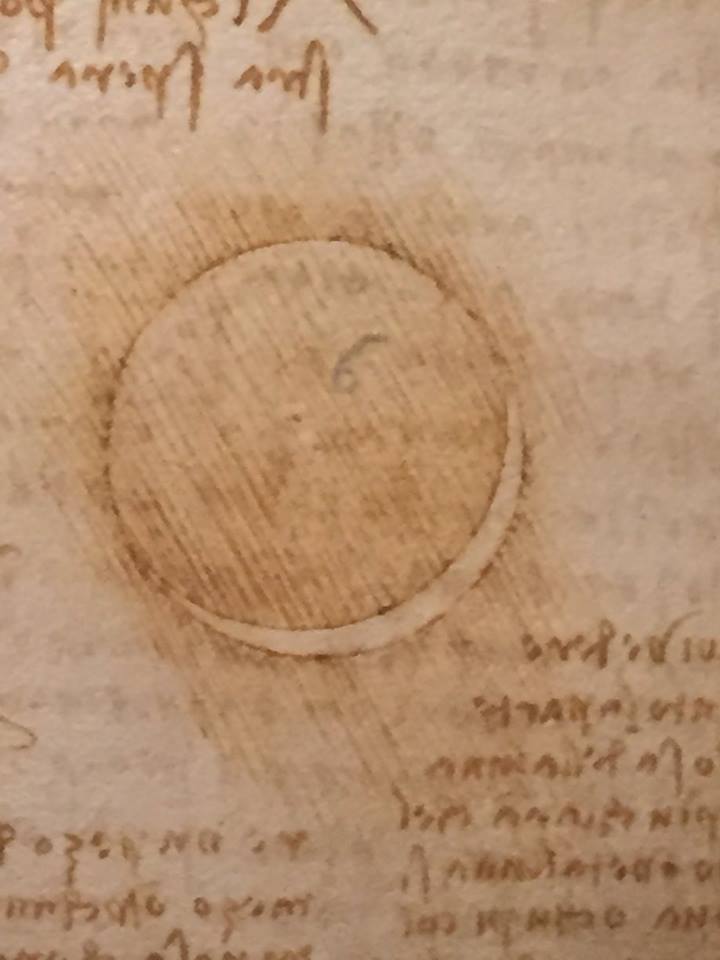 April 15th is one of those quirky days in history, noteworthy because of the number of significant, often era-defining, events that have occurred on that date. Among other things, in 1865 Abraham Lincoln died after being shot by John Wilkes Booth the previous evening, in 1912 the Titanic sank after hitting an iceberg the previous evening, and in 1947 Jackie Robinson broke Major League Baseball’s so-called color barrier. But this being an astronomy column, let us focus on an astronomical observation made by the archetypal Renaissance man Leonardo da Vinci, born on 15 April 1452.

Leonardo regularly recorded scientific observations in notebooks, one set of which has come to be known as the Codex Leicester — a 72-page document that has survived to the present day. Its name dates back to Thomas Coke, the Earl of Leicester, who acquired the document in 1719. Years later, it would fetch top dollar at auctions. American industrialist Armand Hammer purchased it in 1980 for $5 million, and Bill Gates paid $30 million to acquire it in 1994.

While Leonardo focused on earthly matters such as geology and paleontology in the Codex Leicester, he also discussed the “ashen glow” of the Moon, the phenomenon appearing as a ghostly glow of the Moon’s full orb. It looks like a faint version of a full Moon, visible as a backdrop to the brightly lit horns of the Moon’s crescent.

People had observed this phenomenon for centuries, but Leonardo was the first to conceive that it was caused by sunlight reflecting off Earth and onto the Moon, faintly illuminating the otherwise unlit portion of the lunar surface. He wrote, “Some have believed that the Moon has some light of its own, but this opinion is false, for they have based it upon that glimmer visible in the middle between the horns of the new Moon...this brightness at such a time being derived from our ocean and the other inland seas — for they are at that time illuminated by the Sun, which is then on the point of setting….”

We know today that clouds are more responsible for the reflected light than ocean waters. Clouds reflect about 50% of sunlight, oceans only about 10%, and land between 10% and 25%. Ice and snow also reflect a lot of light — 40% to 90% — but they take up a much smaller area than clouds.

The concept of earthshine is of course present in other planet-moon systems, and astronomers have generalized “planetshine” to incorporate systems revealing moons otherwise not visible because they don’t reflect enough direct sunlight. A decade ago, for instance, scientist using Cassini took advantage of the reflected light from Saturn to detect some of its satellites. Another modern application of earthshine includes defining the reflectance of Earth’s vegetation, which can then be established as a biomarker for detecting potential life on other planets.

Leonardo’s understanding of earthshine is remarkable because he lived in a time when most people misunderstood the nature of the solar system, believing the Sun, Moon, and planets orbited Earth. His correct conclusion about the cause of earthshine, despite this global ignorance, is one of many examples of his brilliance and foresight. 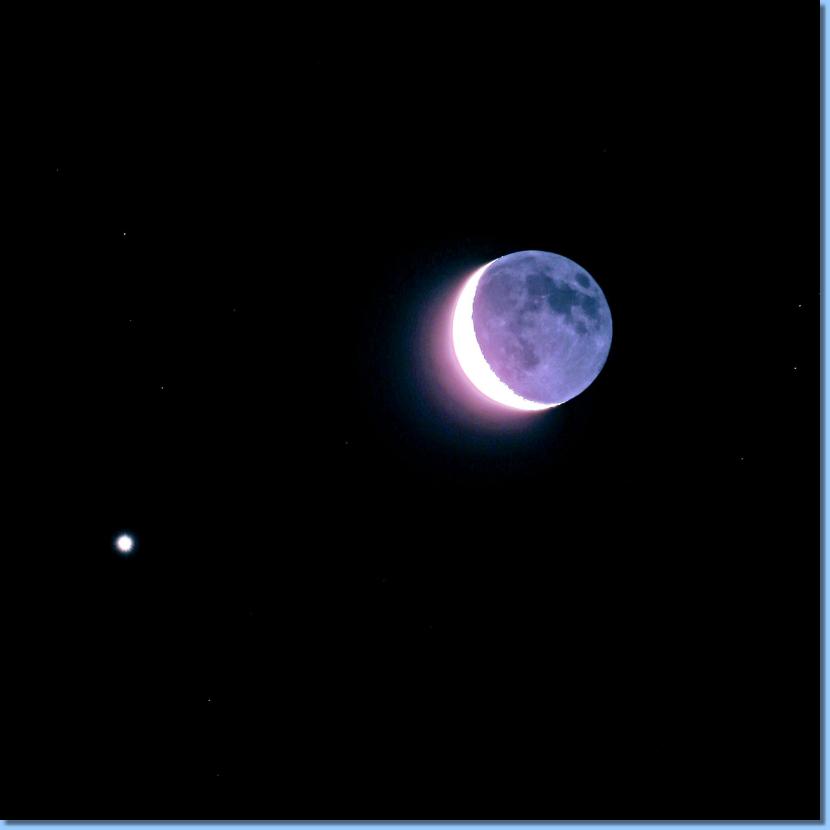