An Update on the Event Horizon Telescope

The Event Horizon Telescope (EHT) is an international collaboration aiming to capture the first image of a black hole by creating a virtual Earth-sized radio telescope. We recently launched a new website that contains background material, the latest news from our team, and educational resources.

At present, the EHT team is processing observations from a week-long observing campaign in April 2017 that linked together eight telescopes in Hawaii, Arizona, Spain, Mexico, Chile, and the South Pole via the technique of very-long-baseline interferometry (VLBI). This global array targeted two supermassive black holes, one at the center of the Milky Way and the other in M87, a giant elliptical galaxy about 50 million light-years away in Virgo. For each of these, the EHT has the magnifying power and sensitivity to form images of the millimeter-wavelength light emitted by hot gas near the event horizon. Einstein's general theory of relativity predicts that the EHT should see a silhouette formed by the intense gravity of the black hole warping the light from infalling hot gas. The dynamics of matter may also be detected as hot blobs of material orbit the black hole and shear into turbulent flows. 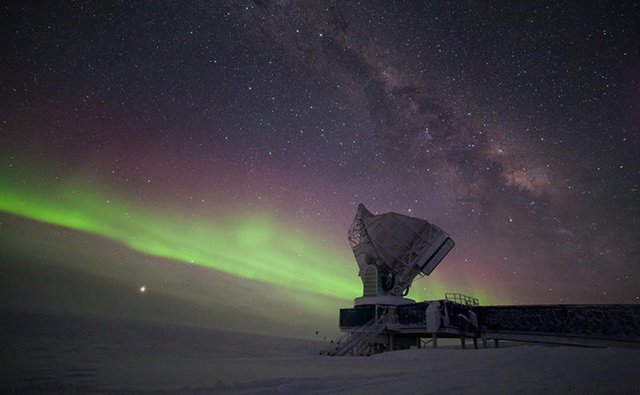 Most data recorded at all the sites have been shipped to two central processing facilities, one at MIT Haystack Observatory and another at the Max Planck Institute for Radio Astronomy, where the signals are combined in VLBI correlators. We are still waiting for the hard disks containing data from the South Pole, where they have been stored during the long polar winter when there are no flights to/from the Amundsen-Scott station. Some data, however, were sent back from the South Pole via satellite, so we have confirmed that all the sites in the EHT worked well, and analysis of the data is getting started.

On the technical side, the EHT has broken new ground by making VLBI observations at the shortest wavelengths to date. And the array has been extended to bandwidths, or data capture rates, that are more than 10 times what was possible just a few years ago. Parallel advances in theory are providing direction for analysis techniques through detailed modeling and simulations of black hole accretion. For more information on current EHT work in both of these areas, as well as updates, we encourage you to visit the project website.