This Month in Astronomical History: Solar Eclipse of 1878

Each month as part of this new series from the Historical Astronomy Division of the AAS, an important discovery or memorable event in the history of astronomy will be highlighted. This month, we look at the solar eclipse of 1878. 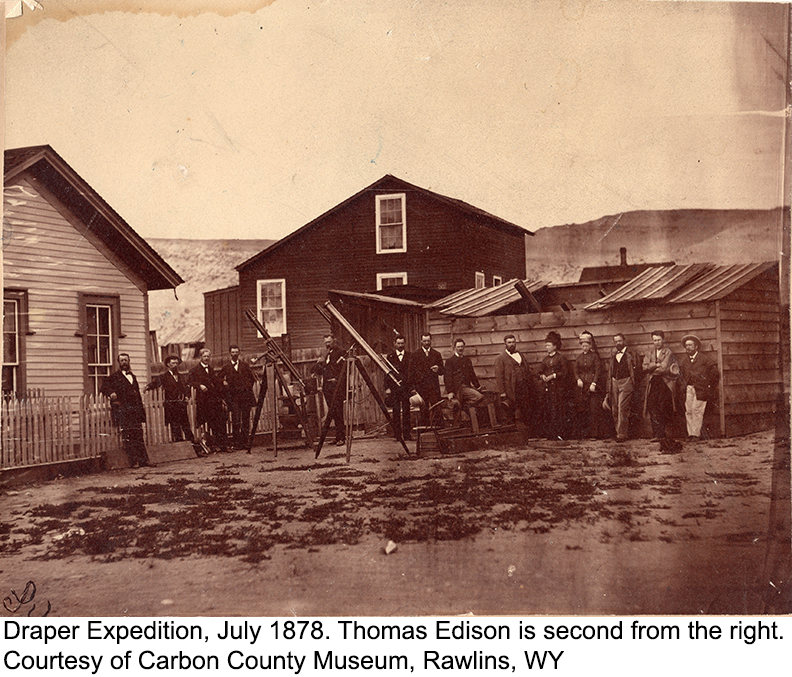 On 29 July 1878, a total solar eclipse began in Russia, crossed the Bering Strait into Alaska, traveled through British Columbia, along the spine of the Rocky Mountains crossing the newly established state of Colorado, through Texas, and continued into the Gulf of Mexico, stopping off in Cuba and Puerto Rico before disappearing altogether. The last time the United Stated had witnessed a solar eclipse was 1869, just after the completion of the Pacific Railroad. By 1878, scientists were easily able to travel across the country to witness this spectacular event. 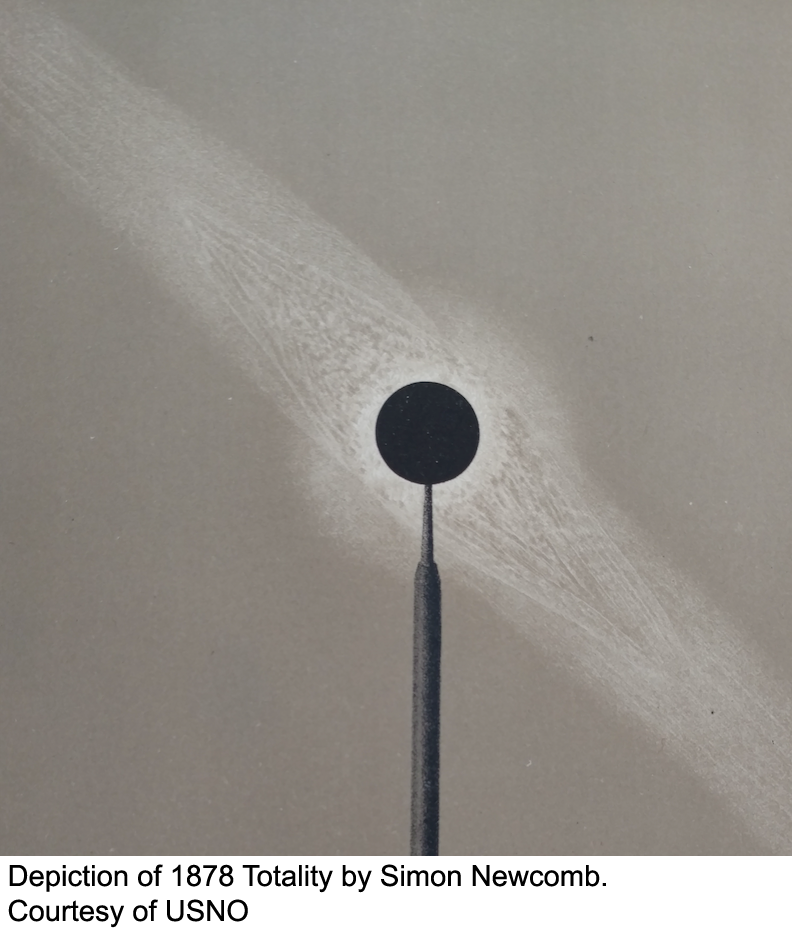 Chasing eclipses was nothing new for astronomers of the nineteenth century, or even the present day for that matter, and this eclipse was no different. Congress allocated $8,000 to be distributed by the US Naval Observatory (USNO) for expeditions to the Rockies. And go they did, with railway companies even giving a discount to scientists traveling west. Aside from just being able to witness this extraordinary event, scientists hoped to use the 3 minutes and 11 seconds of totality to learn about the Sun’s corona, detect ultra-violet light, and determine whether the planet "Vulcan," theorized to be found between Mercury and the Sun, existed.

Simon Newcomb of the Nautical Almanac Office and Thomas Edison traveled to Creston, Wyoming. Edison was testing a new heat-sensitive invention called a tasimeter to study the Sun’s corona. Supposedly, he set up in an empty chicken coop without considering the animals’ instinctual reaction to the darkness that accompanies an eclipse. The chickens returned home to roost just as he was trying to take his measurements and rendering his data almost useless.

Denver, Colorado, also saw an influx of astronomers and scientists: Asaph Hall (USNO), who had recently discovered the Martian moons; Maria Mitchell (Vassar College), leading an all-female expedition to show the world what women astronomers could do; Samuel and John Langley (Allegheny Observatory), who scaled Pikes Peak to witness the event. And these are just a few names.

To prepare people for the event, the USNO published and distributed a booklet titled Instructions for Observing the Total Solar Eclipse of July 29, 1878 for those who wished to record phenomena that might help with the advancement of astronomy. After the event, the USNO encouraged everyone to send their drawings back to Washington for analysis. Many of these submissions are still housed in the archives. Citizen science really is not a new idea.

The last major solar eclipse event for the USA was the annular eclipse of 20 May 2012, which followed a similar path to that in 1878. The next solar eclipse for the USA will occur on 21 August 2017. Most of the country will experience at least a partial eclipse, so find a good spot, protect your eyes, and enjoy this spectacular event.