Adapted from a press release from the AAS Laboratory Astrophysics Division: 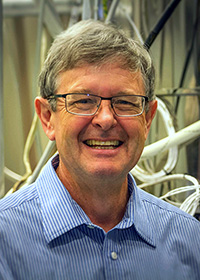 Beiersdorfer pioneered techniques to reproduce conditions on comets and in the Sun’s atmosphere, interstellar space, and the centers of galaxies. A major focus of his research involves characterizing atomic and molecular diagnostics as revealed by their X-ray spectra. His studies of emission from the inner electron shells of iron, oxygen, neon, silicon, and sulfur are used to interpret the physical conditions in astronomical environments, both near and far. His work on X-ray emission from charge exchange revealed the importance of this process in cometary atmospheres. 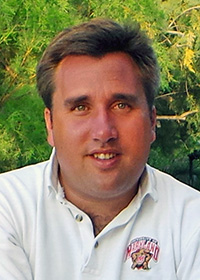 Lique uses sophisticated theoretical methods in quantum chemistry for interpreting astronomical observations of interstellar molecules. A major focus of his research involves characterizing the potential-energy surfaces associated with collisions and reactions occurring in space. His calculations, done while working closely with experimentalists and observers, provide insight into the rich chemistry occurring in interstellar clouds and stellar atmospheres.

Lique received his PhD in physics from the Universite Pierre et Marie Curie, Paris, France. He then joined the research group of Prof. Millard H. Alexander as a postdoctoral fellow in the Chemistry Department of the University of Maryland. His previous honors include the Young Researcher Prize of the French Astronomical and Astrophysical Society in 2014. Since joining the faculty at the University of Le Havre, he has trained several graduate students and postdoctoral scholars.

Both LAD prizes include a cash award, a framed certificate, and an invited lecture by the recipient at a meeting of the Laboratory Astrophysics Division.