Super Bowl of Astronomy Touches Down in Florida

The countdown has begun for the 227th AAS meeting in Kissimmee, Florida, just outside Orlando and only an hour’s drive from Cape Canaveral and the historic Space Coast. To avoid clashing with the New Year’s Day holiday weekend, this winter’s AAS meeting takes place Monday-Friday, 4-8 January 2016, rather than the usual Sunday-Thursday.

AAS 227 will be our first gathering at the Gaylord Palms Resort & Convention Center, 6000 West Osceola Pkwy., Kissimmee, FL 34746. This 63-acre resort celebrates Florida’s history, culture, and natural beauty in both architectural style and landscape design and is only 10 minutes from the main gates of the Sunshine State’s multiple Disney attractions.

January’s AAS meeting is often called the Super Bowl of Astronomy, and with more than 2,000 astronomers expected and at least 1,600 oral and poster presentations on the program, the 227th meeting will be worthy of that moniker. Social-media hashtag: #aas227.

Head to Florida early and you’ll have your choice among a wide variety of Sunday and/or Monday workshops. Most divide into one of three areas: classroom teaching skills and strategies; programming languages, software, and statistics; and career advancement and professional development.

Gathering with the AAS in Kissimmee are its Historical Astronomy Division (HAD) and High Energy Astrophysics Division (HEAD). HAD hosts a special session on Monday afternoon entitled “A Celebration of the Centenary of Einstein’s General Relativity.” Then, on Tuesday afternoon, the recipient of HAD’s 2016 LeRoy E. Doggett Prize for Historical Astronomy, Albert Van Helden (Rice Univ. & Univ. of Utrecht), presents his prize lecture “New Information About Old Telescopes,” in which he’ll describe surprising findings about the optical quality of some of the earliest astronomical instruments.

HEAD convenes two special sessions on Tuesday, “High Energy Astrophysical Neutrinos” in the morning and “The Origin of the First Supermassive Black Holes” in the afternoon. The winner of HEAD’s Bruno Rossi Prize, Fiona Harrison (Caltech), gives her prize lecture, “A New View of the High Energy Universe with NuSTAR,” on Wednesday afternoon.

AAS 227 offers a rich assortment of additional prize and invited talks by distinguished colleagues. We’ll kick off Tuesday morning with the Kavli Foundation Lecture by Alan Stern (Southwest Research Institute), featuring the latest results from the New Horizons encounter with Pluto and its moons. Numerous AAS prize winners will give plenary lectures throughout the week, including Annie Jump Cannon Award recipient Smadar Naoz (Univ. of California, Los Angeles), whose talk is entitled “On the Dynamics of Planets, Stars, and Black Holes: New Insights from Triples.” The joint winners of the Dannie Heineman Prize, Marc Kamionkowski (Johns Hopkins Univ.) and David N. Spergel (Princeton Univ.), will present “From ‘~’ to Precision Science: Cosmology from 1995 to 2025.” Giovanni Fazio (Harvard-Smithsonian Center for Astrophysics), who is being honored for lifetime achievement, will give the Henry Norris Russell Lecture, “Viewing the Universe with Infrared Eyes: The Spitzer Space Telescope.”

We’ll have two Helen B. Warner Prize lectures: “The Past, Present, and Future of Statistical Cosmology” by 2014 recipient Christopher Hirata (Ohio State Univ.) and “Origins of Structure in Planetary Systems” by 2015 honoree Ruth Murray-Clay (Univ. of California, Santa Barbara). Two plenaries will focus on public policy: “A New Universe of Discoveries” by France Córdova, director of the National Science Foundation (NSF), and “Science to Action: Thoughts on Convincing a Skeptical Public,” by William H. Press (Univ. of Texas at Austin), former president of the American Association for the Advancement of Science (AAAS).

Other invited talks include “Black Hole Physics with the Event Horizon Telescope” by Feryal Ozel (Univ. of Arizona), “The Jansky VLA: Rebuilt for 21st-Century Astronomy” by Gregg Hallinan (Caltech), and “News on the Search for Milky Way Satellite Galaxies” by Keith Bechtol (Univ. of Wisconsin-Madison). Closing out the science program on Friday afternoon is Jan Tauber (European Space Agency), recipient of the Lancelot M. Berkeley Prize, with his prize lecture on the latest results from the Planck mission.

In addition to that stellar lineup of plenaries and the many contributed oral and poster presentations, the Kissimmee program offers numerous Town Hall meetings on astronomy and public policy, featuring representatives from NASA, NSF, the National Optical Astronomy Observatory, the National Radio Astronomy Observatory, the Gemini Observatory, the Large Synoptic Survey Telescope, and the James Webb Space Telescope. AAS policy staff and past Congressional Visits Day participants will also discuss AAS advocacy efforts and how you can get involved. All these sessions occur during the lunch break or in the early evening so as not to conflict with science presentations.

As they say on TV, “But wait — there’s more!” Specifically, there’s an impressive array of splinter meetings and special sessions beyond those organized by HAD and HEAD — truly something for everyone: 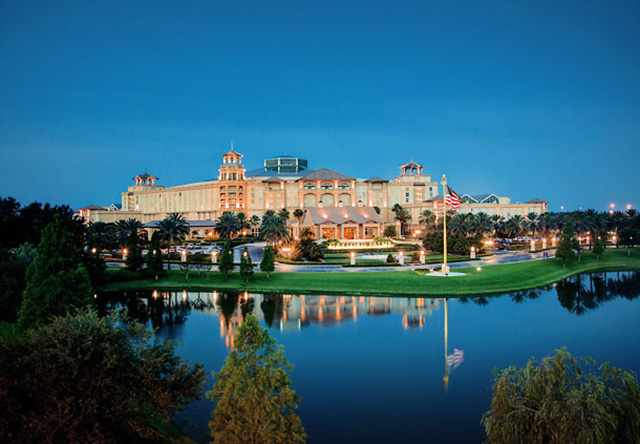 On the job market? Or the opposite — recruiting? The AAS Career Center in the exhibit hall has resources and services for job seekers and hiring managers alike. The AAS collects CVs and makes them available to recruiters; posts job announcements; facilitates matchmaking between job seekers and hiring managers; and hosts "office space" for on-the-spot interviews. Confidential, customized career advice will be offered, so bring your CV, cover letter, and questions and sign up for a 20-minute consultation with Alaina Levine (Quantum Success Solutions).

There’s obviously plenty of science and professional development to keep you busy at the meeting. And when you need to take a break, you have plenty of options on-site at the resort, including the extravagant South Beach pool, a luxury spa, and a state-of-the-art fitness center. When it’s time to eat, you have your choice of nine restaurants spanning a variety of cuisines and price ranges. And if you’re traveling to Florida from less hospitable climes, why not stick around a while? The Space Shuttle Atlantis is now on display at the Kennedy Space Center, and there’s plenty to see and do in the nearby Orlando, Tampa, and Daytona Beach areas — likely under sunny skies with temperatures in the comfortable 60s. After last year’s brutal winter, that sounds pretty good, doesn’t it?!