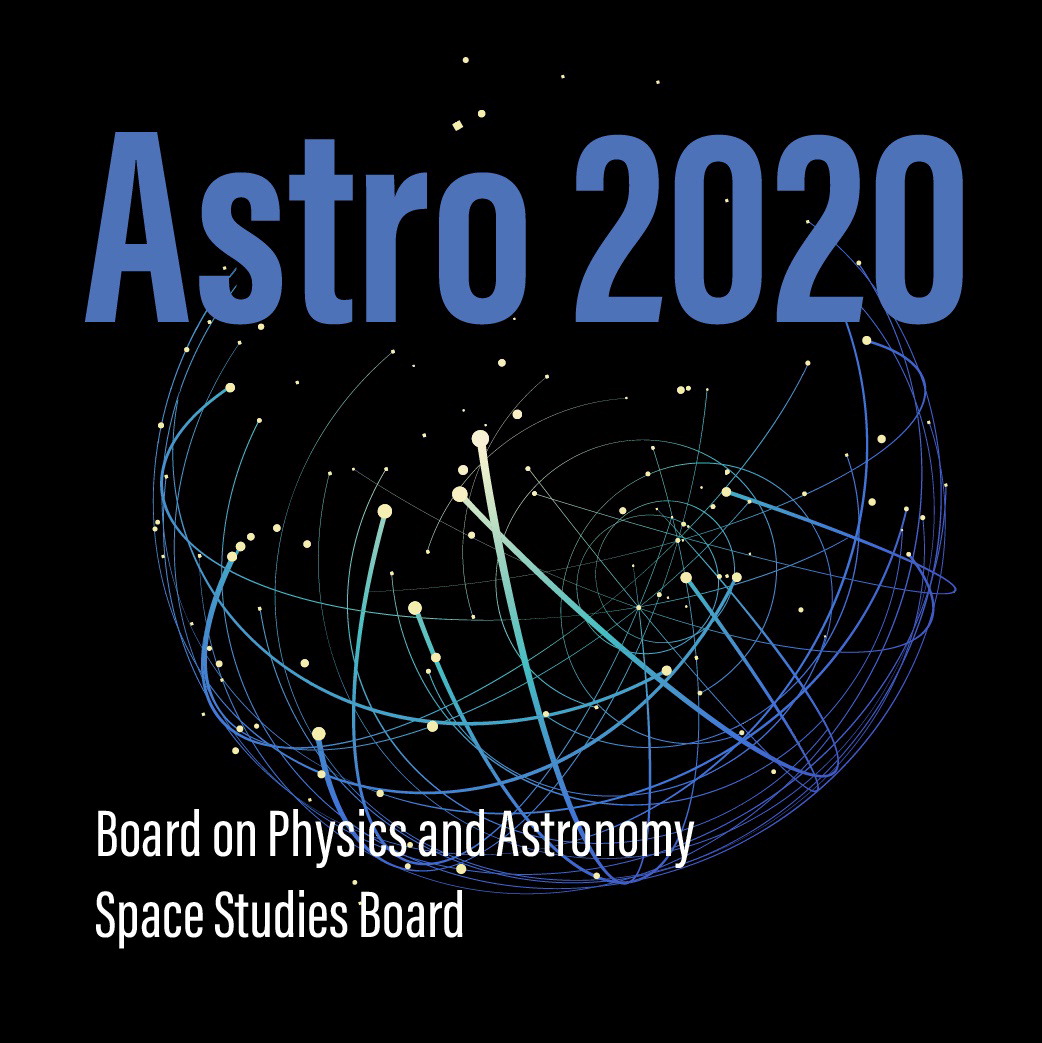 The National Academies of Sciences, Engineering, and Medicine recently announced that the Astro2020 decadal survey report is undergoing external review. This means we are in the home stretch to the release of the report in the next few months. It’s very exciting, but the work to turn the survey’s consensus priorities into reality is just getting started. Now is a great time to start thinking about how we as a community can and should advocate for our priorities with the policy makers who control the funds that make our science possible, so we can hit the ground running when the report drops.

Looking forward to those advocacy efforts, we’d like to offer some food for thought. What is the point of the decadal survey? What is the role of dissent and discussion during the survey process? What happens after the survey is complete? What if my competitor’s project is ranked higher than mine? How do we convince policy makers to fund the projects in the decadal survey? Let’s chew on these questions for a minute.

What is the point of the decadal survey?

Much of basic research in the US is funded by the federal government through science agencies like NASA, the National Science Foundation (NSF), and the Department of Energy (DOE). These agencies provide the funding and facilities that the scientific community needs to do our work. Usually, the funding agencies decide how to spend their money by issuing calls for proposals from the community, which are evaluated for scientific merit by panels of community members. When it comes to large, expensive, long-lead-time facilities that may not be mature enough to submit full proposals, the agencies want to hear the opinions of more than one review panel’s worth of people. In the case of the astronomical sciences, the agencies contract with the independent National Academies to conduct a large-scale call for science themes and facility/mission concepts to be evaluated by many people representing the largest consensus-gathering process available to us: the decadal survey. The National Academies want to be confident that federal dollars spent on science will effectively and broadly benefit the community and, by extension, the taxpaying public. Major new ground- and space-based observatories take so long to build that this type of survey is conducted on decadal timescales. Any new facilities should address the top science priorities of the coming decade, so the first step is deciding on (ranking) those priorities, and the next step is selecting (ranking) the facilities that align with and enable that science.

What is the role of dissent and discussion during the survey process?

For there to be a thorough discussion, there must be a diverse set of perspectives in the room. The Academies staff work very hard to ensure that the decadal survey committee is composed of people with the widest possible range of backgrounds along the axes of race, gender, institution type and size, career stage, and research expertise. Once this diverse group is assembled, its members participate in dozens of multi-hour meetings over many months to formulate their recommendations. The expectation is that disagreements within the community will be hashed out during this process. The earlier meetings tend to be public and are mainly for information gathering. The later meetings happen behind closed doors for private discussions to digest the information and come to as much of a consensus as possible on what to put in the final report. The National Academies has its own section of the Federal Advisory Committee Act that permits it to hold these private discussions.

Other forms of information gathering that the decadal-survey process utilizes includes a call for "white papers" from the community on science topics as well as activities, projects, and the state of the profession; a request for input from external expert panels who present frequently at the public meetings;  and a request for information from other experts and agency representatives.

For the next generation of astronomers, many of whom have not been in the field for a full decadal-survey cycle, the process may seem opaque and relevant only to more senior and more powerful people, leaving little room for the influence of early career scientists. But that's not the case. A workshop held in 2018 resulted in a white paper written from the lens of early career astronomers. As stated in the executive summary, “The event was designed to educate early career astronomers about the decadal survey process, to provide them with guidance toward writing effective white papers, to solicit their feedback on the role that early career astronomers should play in Astro2020, and to provide a forum for the discussion of a wide range of topics regarding the astrophysics career path.”

What happens after the survey is complete?

The phase we are in now is when the report has been written and sent off for peer review. This usually takes a month or so. After peer review, the report is copyedited and published. Sometimes a prepublication version is released prior to final copyediting, design and layout, and production; we don't know if that will happen this time. The Academies traditionally hosts press briefings, talks with funding agencies, and briefings for policy makers as part of the rollout of the report. It’s important to get the information from the report into as many hands as possible as quickly as possible so that plans to follow through on the recommendations can be set into motion right away.

What if my competitor’s project is ranked higher than mine?

Competed missions and grants are a huge part of our community. We go through proposal acceptance/rejection cycles over and over throughout our careers. The more time we spend on a proposal, the more disappointed we are if it’s not successful. The decadal survey represents the pinnacle of this process. However, the survey doesn’t reject proposals — it prioritizes them. As a result, the funding agencies will know what order to work on things sequentially as their budgets permit. If NASA, NSF, and DOE have the will and the funding necessary to complete all the proposed projects (which, admittedly, rarely happens), then getting ranked four of four is not a rejection, just a delay.

It can still be frustrating to see your project ranked less than first place. That’s okay, and it’s okay to give your honest opinion of the ranking, because the consensus assessment of the survey committee won’t be shared by everyone in the community. What isn’t helpful is a disgruntled proposal supporter maligning a higher-ranked project in front of a political decision-maker. It doesn’t just sink the competitor; it sinks both projects, because whatever argument you make against one project can easily be twisted around and aimed at your own project. Policy makers are always looking for reasons to not spend money. To degrade a community-based effort could have unnecessary and negative effects on all our funding prospects going forward.

Any scientist may disagree about the scientific priorities or the recommended paths to achieving the field's goals. We may well change our minds about how to achieve our scientific goals as new information and new discoveries are made over the decade. We have processes and reviews and pathways for assessing the decadal survey recommendations baked into the process via a mid-decadal review. Of course, there will always be people who do not agree 100% with the findings, and that's okay: disagreement is not the same as in-fighting.

How do we convince policy makers to fund the projects in the decadal survey?

Congress likes decadal surveys because they are run by a trusted third party (the National Academies) and because they represent a broad consensus within a given scientific discipline. Other benefits include the long timescales and the large-scale community consensus-gathering process. Congress wants there to be a “correct” answer to the question, “What should we be funding to ensure leadership in science?” When Congress is putting together budgets for federal agencies, they want to know what was in the latest decadal survey report, which offers the necessary “badge of approval” to justify funding for large taxpayer-funded projects.

If there is a dispute of priority from within the community concerning an expensive observatory or space mission, the government will hesitate to spend money on the project. We recently saw this with the proposed (but ultimately unsuccessful) cancellation of what is now the Nancy Grace Roman Space Telescope — the highest-ranked large astronomy mission in the 2010 decadal survey — in fiscal years 2019, 2020, and 2021. The stated justification was “its significant cost and higher priorities within NASA.” But the money from a cancelled flagship mission doesn't get transferred to a big project that wasn’t prioritized by the decadal survey; it simply doesn't get appropriated at all.

So, we convince Congress to fund large projects by undergoing the most extensive review process available to us — the decadal survey — and presenting the outcomes of that process to policy makers. We hope to do just that this fall after the Astro2020 report is released.

In a future post, we will look at the inner workings of the decadal survey process with the help of past survey leaders and staff.

Note: This article reflects the AAS Public Policy staff's understanding of Astro2020 and the decadal process. This is not an official statement by or from the National Academies or the Astro2020 Survey Committee and was written without their knowledge or input.

18 Jul 2019
Here's a detailed report from our Bahcall Public Policy Fellow on the inaugural meeting of the Astro2020 steering committee, held in Washington, DC, 15-17 July 2019.